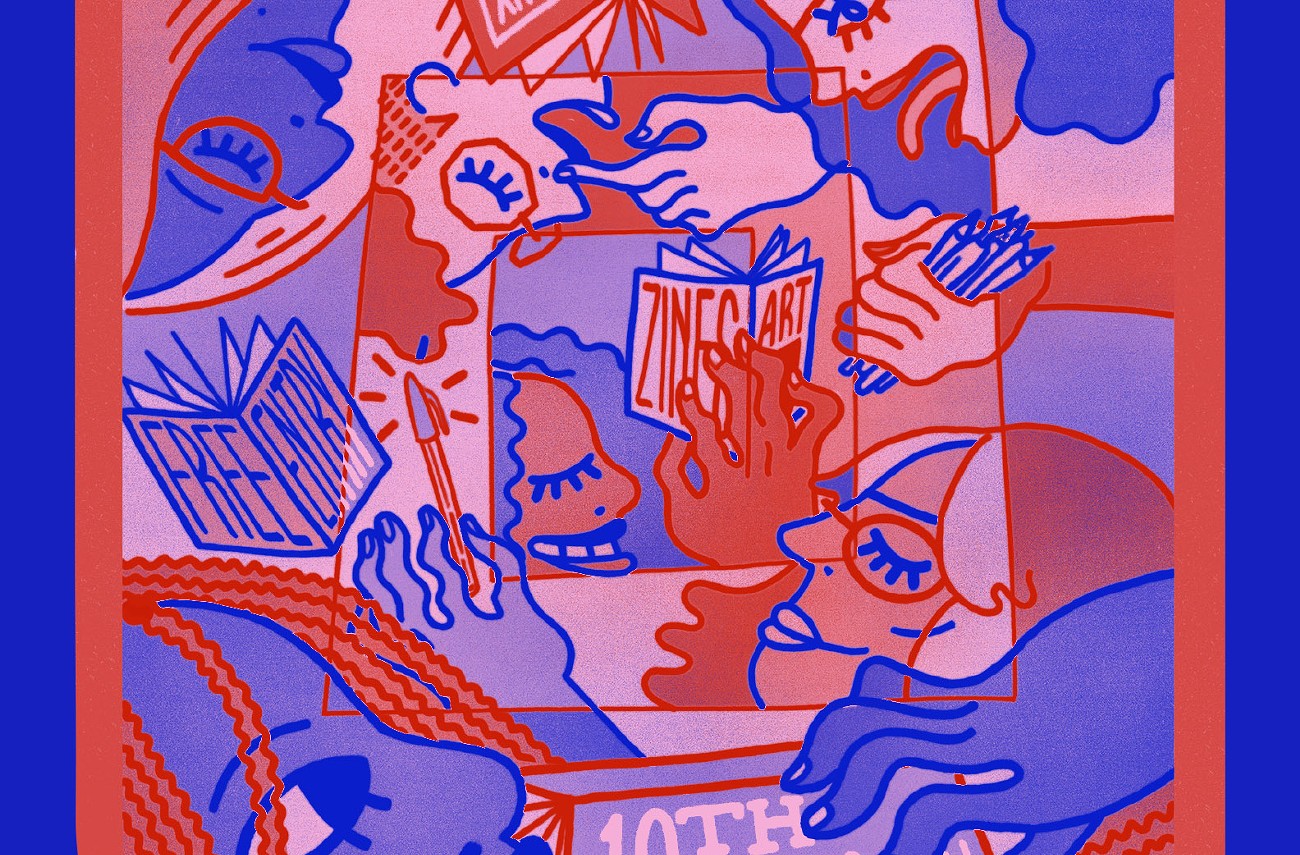 The pandemic took so much, but it didn't take Short Run.

After a three-year pause, organizers are finally ready to press play on the comix and arts festival's 10th anniversary. That's right. An indie comix festival. In Seattle. In its 10th year. It seems like nothing lasts for a decade here unless a rich person who wants to be cool drops some cash (no offense, please contribute). But that's not the case with Short Run—it's all grassroots support and the grant grind.

What's the secret to their longevity?

"We don't want to grow!!!" shouts the festival's executive director, Kelly Froh. "We want to just be really good at what we do, making opportunities for small press artists to convene, learn from each other, support one another, and make money for their work."

Though Froh and the festival's dozen other volunteers reject the unsustainable growth model, Short Run is no small venture. On top of the big book fair, they're running events all week.

On Thursday, The Grocery Studios will host a kick-off party featuring some international talent. On Friday, they've got workshops with guest comic artists, a screening of Funny Pages at The Beacon, and an art show with some local and national heavy-hitters.

And then, of course, on Saturday, the crown jewel: a book fair at the Seattle Center showcasing 179 exhibitors from six different countries and 20 different states, including a strong contingent of local artists bursting with new material. Once the artists fold up the tables that evening, everyone will head down to the after-party at Mini Mart City Park in Georgetown, where DJ Gold Chisme will cue up some records as guests ham it up in a dreamy photo booth by Melissa Kagerer.

But if you only do one thing, then do the book fair on Saturday. To help you navigate the maze of exhibitors, I've jotted down a little shopping list of premium tables to browse. You'll find that below. If you're looking for more guidance, seek out these general tips from 2015. My advice there still holds true.

Oh! And one more thing: The Fisher Pavilion now boasts a sweet new HVAC, but Short Run organizers are taking precautions to reduce the spread of the deadly respiratory virus that's still going around. They request that those in attendance be vaccinated and masked. They also ask that attendees arrive at the festival on Saturday at 11 am, 1 pm, 3 pm, or 5 pm to keep the crowds under control.

Anemone: A local risograph outlet run by Amelia and Adam Greenhall. Buy a pretty 'zine about the climate crisis.

Anders Nilsen: If you haven't read/experienced Big Questions yet, then you should seriously consider doing that!!!

Anna Haifisch: The anxiety of creation drives this bleakly funny German comic book artist to create lots of characters who also suffer under the pressure to create. You really can't go wrong here.

Brett Hamil: The Seattle cartoonist and comedian's work has been indispensable in breaking down dunderheaded city policy and copaganda. He's been operating at the height of his powers the last couple years.

Casanova Frankenstein: Hailing from Austin, this living punk legend is out and about with cartoonist Glenn Pearce promoting How to Make a Monster: Ugly Memories of Chicago from a South Side Escapee (Fantagraphics), which reviewers appear to be gobbling up. Consider In the Wilderness if he has a copy lying around.

C.M. Ruiz: You'll have a hard time putting down any of this Seattle illustrator's super-intricate, mesmerizing drawings.
Cold Cube Press: The Seattle/NYC-based risograph masters publish the coolest avant-garde shit from around the world. Pick up their latest anthology and check out co-founder Aidan Fitzgerald's bright and bold book of landscapes WWHHEERREE; his prints make the land look like glitches, torn-off pieces of memories, fragments of a "place," which is what, after all, landscapes are.

Colleen Louise Barry: The brain and brawn behind Mount Analogue, Angel Tears, Gramma, and other ventures. Pick up the local poet's latest collection, Colleen. I have it on good authority that she'll also be hocking a book that tells the entire story of Sleepless in Seattle using screenshots from other films, which is something I did not know I needed until this very moment.

Elaine Lin: A Seattle-based illustrator who has worked with The Stranger a bunch. This is what happens every time I go to Short Run: I go, I stop by her table, I buy her pin of a dog with a strawberry for a head, I pick up her latest vibrant and messy prints of domestic life, I return home, and I hang one on my wall.


E.T. Russian: The PNW-based comic artist and graphic journalist should have a mix of all kinds of prints and comics. Pick up Catch My Air and whatever else they got.

Gareth Brookes: Brookes comes to us from London as one of Short Run's special guests this year. His graphic novels incorporate textiles and other left-field materials as they explore the bland, violent weirdness of English suburbs. Look at The Black Project.


Glacier Bay Books: Indie manga publisher operating out of the US of A. Buy their latest anthology, Glaeolia 3. If that's sold out, then get the second volume, which won an Ignatz award last year.

Greg Stump: Veteran local illustrator who has also drawn up a number of covers for The Stranger. Pick up his latest, Disillusioned Illusions, from Fantagraphics.

Julia Wald: I love the way this Seattle cartoonist and illustrator draws architecture. Short Run awarded her this year's Dash Grant, which is good for $500 and a free half-table at the fair. Buy her forthcoming comic, Uncle Scam’s Army Navy Surplus, which will debut at that festival. It's about that time she sold surplus military outfits to preppers and neo Nazis. Hey, it's a living!

Lale Westvind: An award-winning, widely published comic artist and illustrator. Check out Grip from Perfectly Acceptable Press, which combines the first and second volumes of her almost futurist tale of a woman exploring the powers of her own hands.

Lara Kaminoff: Pick up How to Pick a Fight from this Seattle cartoonist, or maybe one of her gorgeous and strange illos. She's also teaming up with Marie Bouassi on Aid and Abet, a set of pro-choice postcards designed by a bunch of different artists. Funds go to Northwest Abortion Access Fund.

Mary Anne Carter: The Museum of Museum director pumps out sublime kitsch. Buy whatever she's got lying around.

Megan Kelso: A Seattle staple. Pick up her new book, Who Will Make the Pancakes? Catch her talking with editor Phyllis Fletcher from 3 to 5:30 pm.

Natalia Novia: Another special guest! Lose yourself in the queer, grimy surrealism of this Argentine comic artist.

Natalie Dupille: A local cartoonist and illustrator who has been blowing up for the last couple years. Buy her book, In Spite of Ourselves, and whatever else she has on the table. Can't get enough of her watercolor comics.

Perfectly Acceptable Press: This Chicago-based publisher is the best risograph press in the country. I like Daria Tessler's The Book of Secrets and Hiller Goodspeed's Pond Life.