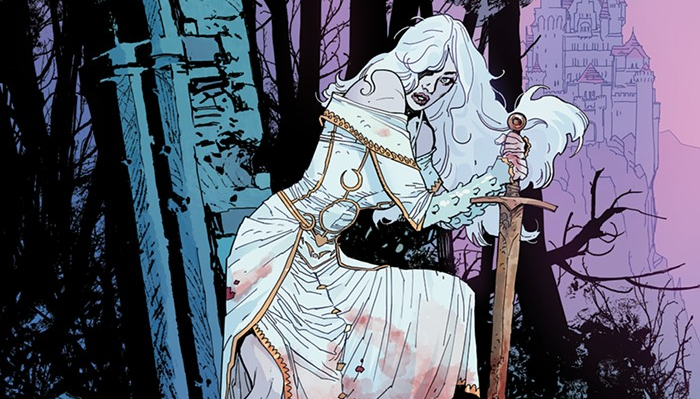 I can’t resist a story about Strong Female Characters and this week’s batch of comic releases offers up two excellent new ones: A sleeping beauty who is betrayed by her prince and must rescue herself; and a canny psychiatrist with an action-heroine secret. These two books weren’t created with the intention of being a double-bill, but they pair together perfectly.

Thanks as always to Phoenix Comics for helping to sort through the week’s finest new titles! See you in the funny pages.

Briar Issue #1: Nothing Sharp in Sight 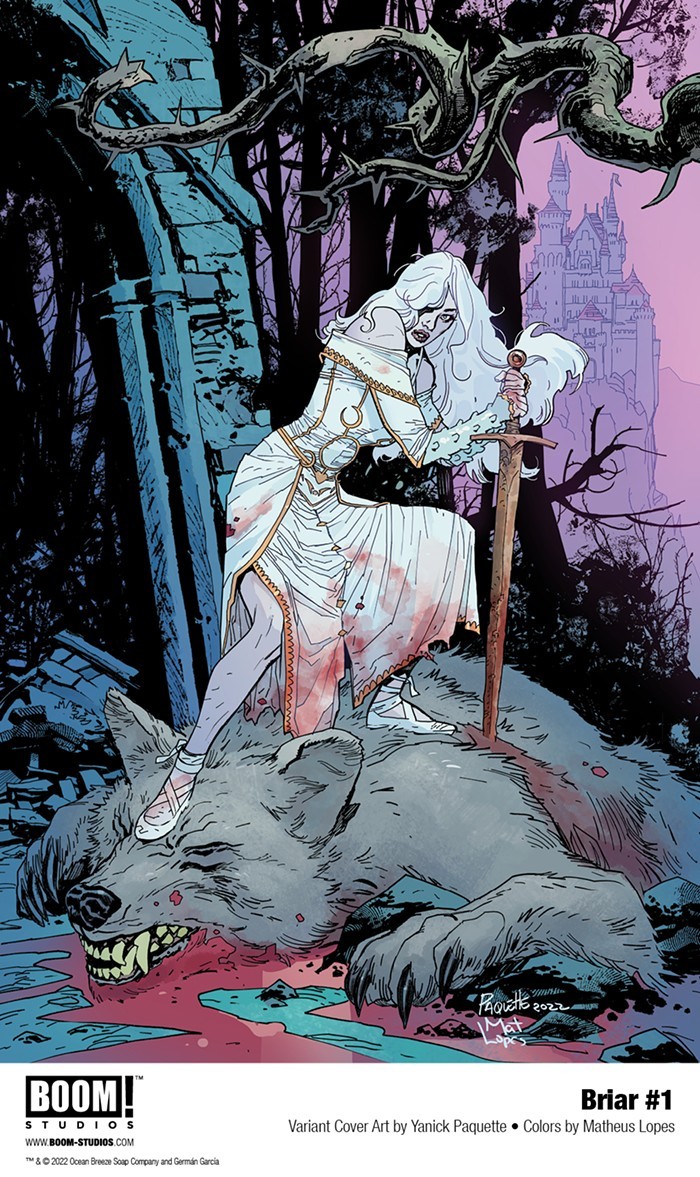 Something’s gone terribly wrong with the Sleeping Beauty story. The pampered princess pricked her finger and fell into a deep sleep, as expected, but this time around her rescuing prince decided to let her continue sleeping while he usurped the throne and caused the kingdom to plunge into chaos and devastation.

When she finally awakes, in the opening pages of this fascinating reimagining, she finds herself alone in an unrecognizable ruin. (Imagine if you took a nap in 2012 and woke up today. Oof.) Now, this sickly lost woman must claw her way through cruel wastelands while being hunted by desperate evil forces, pursued by a troubling prophecy, and terrified that each sleep will plunge her back into endless darkness.

This book’s fantastic psychological horror pairs well with its gory violence: Who did this to our heroine? Is there anywhere in this world where she can be safe? Is there any truth to the suggestion that the world needs to be protected from her? It’s Legally Blonde meets Mad Max in the Dark Ages, a combination I never would have expected and now cannot stop thinking about. 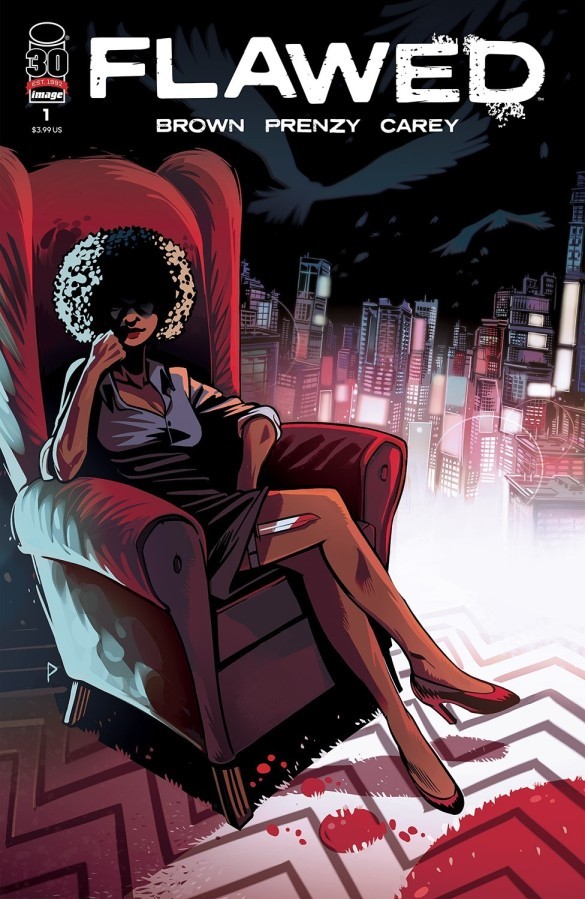 Nobody is what they seem in Flawed, a gruesome new series about a gentle therapist who is secretly a violent vigilante. Someone has been committing heinous murders, and authorities are turning a blind eye. When the daughter of one of Dr. Ezz’s patients is killed, the doctor sets out to track down those responsible and finds that these killings are just one thread in a much larger diabolical tapestry.

The intrigue, action, and snappy pace keep the pages turning, and the art is dynamic and pulpy. There are some particularly interesting angles that make the entire world seem broken and skewed, but I wouldn’t call the composition as crafty as, say, the bloodiest pages of Berzerk. In addition, readers may not take pleasure in the book’s MacGuffin: The gory torture of young Black girls is an overused trope that, in less capable hands, can feel like it’s exploiting the all-too-real suffering of marginalized people. Fortunately, Flawed’s central figure is an unflappable Black woman who is both a skilled psychiatrist and a seemingly undefeatable mercenary; her presence keeps this from being yet another story that depicts people of color as props condemned to powerlessness and misery. Surprising and empowering, we have the makings of a new action icon here.

This Week's Comics: A Great New Take on The Witcher and Little Red Riding Hood