Mayor to Choose Between a Reformer and Two SPD Veterans 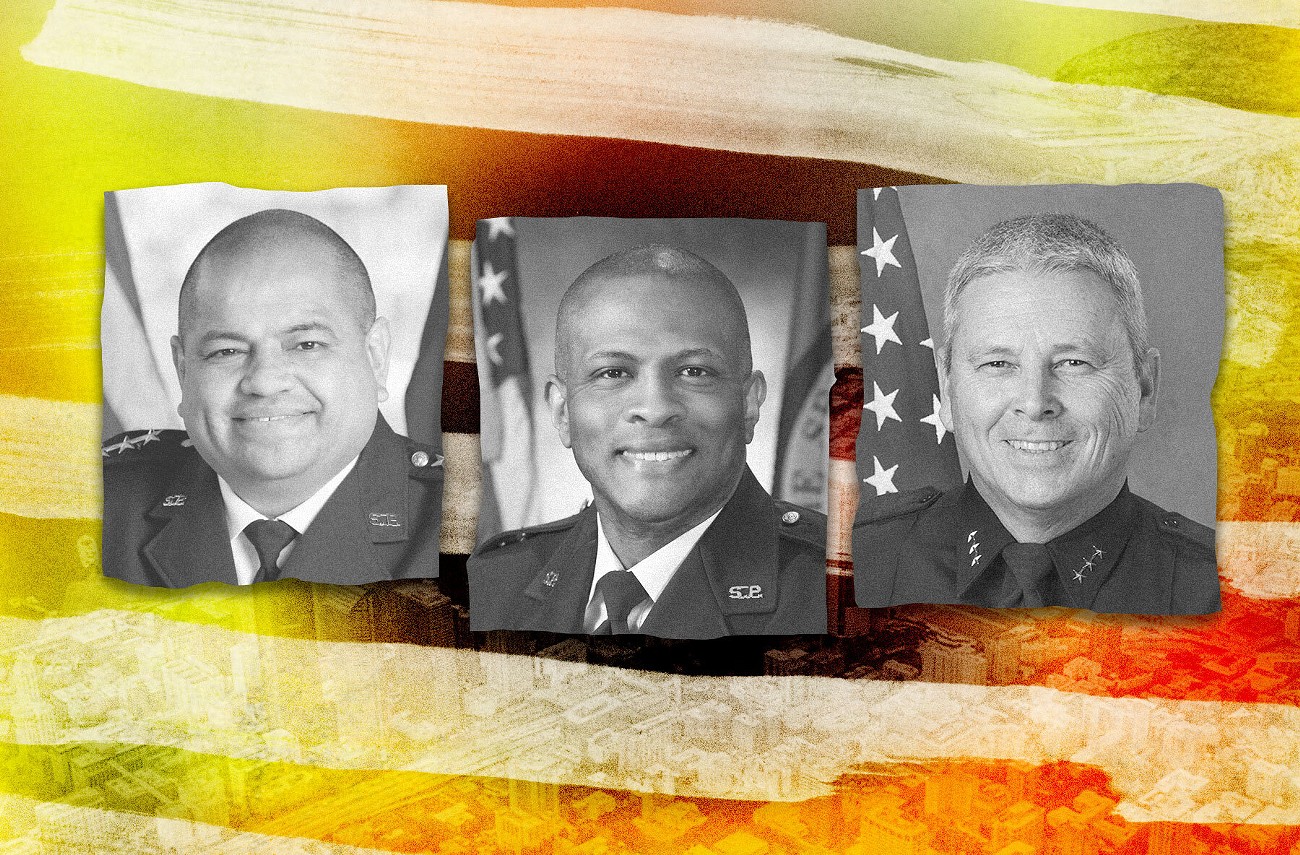 During a Seattle Channel forum last night, the three candidates for Seattle’s next police chief did little to distinguish themselves from one another as they answered questions from the audience about how to address increased gun violence, change the Seattle Police Department’s culture, and hire more cops, though one candidate came out sounding more like a reformer than the others.

The job finalists include SPD Interim Chief Adrian Diaz, SPD Assistant Chief Eric Greening, and Tucson’s assistant police chief, Kevin Hall. During last night’s Q&A session, each answered the same six questions derived from more than 150 submissions from the public, according to the evening’s moderator. Most of their responses involved vague criminal justice reform jargon and synonyms for “collaboration,” but a few differences presented themselves.

Interim Chief Adrian Diaz leaned hard into his natural appeal as the status quo candidate, not just in the policies and programs he’d support if the City made him the permanent chief but also in continuing the “us vs them” attitude towards police accountability advocates.

Diaz did make some gestures in the direction of culture change, though. He emphasized his new Before the Badge training program, which connects new recruits with community leaders from neighborhoods that have histories of conflict with the police department. He also bragged about lobbying for gun restrictions in Olympia and restoring SPD’s unarmed Community Service Officer program to respond to non-emergency service calls.

But the language Diaz used to describe his tenure as interim chief raises questions about his commitment to repairing relations with the thousands of Seattleites who took to the streets in 2020 to peacefully protest police violence.

Throughout his interview, Diaz referred to those protests as “riots,” and he skirted responsibility for the department’s abandonment of the East Precinct. After our last chief of police was less than honest about her role in that decision, residents hoping for more acknowledgement of SPD’s failures during that time were left wanting.

One of Diaz’s assistant chiefs, Eric Greening, offered largely similar fare but without that dash of incendiary rhetoric about the 2020 protests. Greening’s pitch centered mostly on his breadth of experience in the department, noting that he’s held five of the seven assistant chief positions at SPD during his 28 years of service with the department. In his view, that variety of hands-on experience makes him ready to take on the top job.

In terms of policy ideas or other proposals to restore community trust in the department, Greening offered few specifics. He stressed the need for “procedural justice” within the department without offering a definition of what he meant by the term, but he believes attaining this elusive concept will improve hiring and recruitment while helping to slow the attrition of current officers.

His most detailed answer came on the topic of creating culture change, where he focused on the need to win over middle management in the department as an essential first step for improving morale among rank-and-file officers.

What About the New Guy?

Given the decades that Diaz and Greening have spent in SPD, selecting either would represent a choice to more or less maintain the department’s current culture. If Mayor Bruce Harrell wanted change, he’d need to turn to the third finalist, Tucson’s assistant chief of police, Kevin Hall.

Hall pitched himself as the best choice “if the community believes there needs to be change,” and pointed out that his lack of existing relationships with City leaders meant he didn’t carry any of the “baggage” of past conflicts.

In contrast to the current SPD leadership, which has repeatedly missed deadlines for developing alternative emergency response programs, Hall offered a full-throated endorsement of at least some sort of alternative 911 response, arguing that there’s no reason Seattle couldn’t implement programs proven to reduce crime and lighten workloads for officers.

Hall also promoted the work his department did to “deflect” people struggling with opioid addiction into treatment rather than jail. Though officers initially dismissed the program, he said their morale improved over time when diversion ended up being more effective than jail.

But Hall is far from an abolitionist. He couched his talk of reform in standard talking points about the “tough road” filled with plenty of “soul-searching” by officers in response to the national protest movement in recent years.

Unlike his competition, however, he identified a specific challenge to hiring more cops: the state has one police academy with limited capacity, which creates a bottleneck in deploying new recruits.

We’ll soon find out whether Mayor Harrell wants to truly shake things up in the police department by bringing in a reform-minded outsider, or whether he wants to opt for one of the two veterans more committed to the status quo.

In public input meetings organized by the City and a nonprofit over the last several months, Seattleites say they’re generally not thrilled with the current state of policing, so the Mayor's choice, which should be revealed in early October, will show how much that public feedback actually influenced the selection of Seattle’s next top cop.