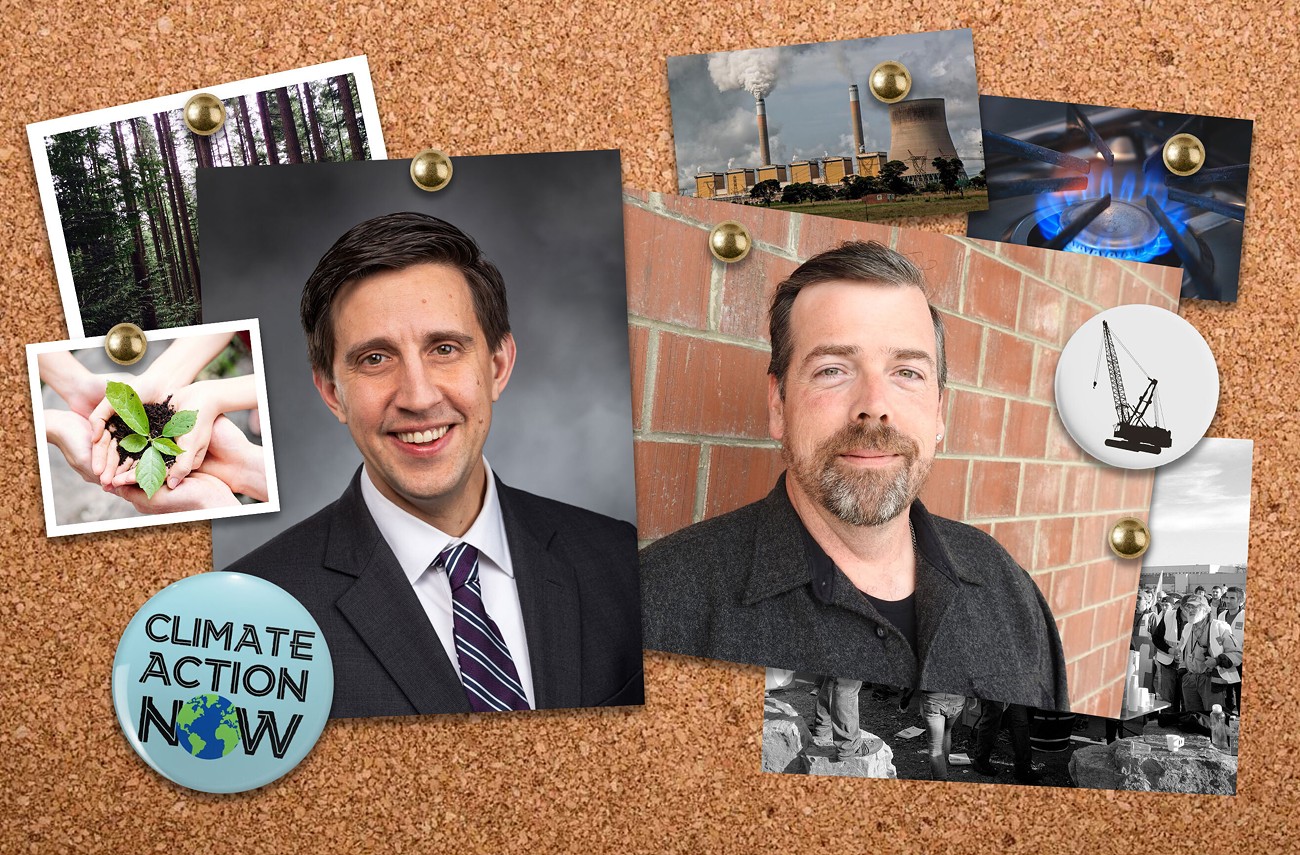 Republicans aren’t the only ones dropping six figures on misleading ads as we approach the primary election next Tuesday. In one of the State House races in the 40th Legislative District, which covers Bellingham and the San Juans, a political action committee that typically supports moderate Democrats has spent $150,000 to engage in some light climate arson while most of the state suffers through a record-breaking heatwave.

The Jackson Legacy Fund (JLF), which receives most of its funding from conservative-leaning labor unions and corporations, says it supports a long list of Democratic candidates for the State Legislature. But if you follow their money, they seem to like one particular candidate a lot more than the rest of their slate.

That candidate is Trevor Smith, the political director for the Laborers Local 292, who is running a primary challenge against incumbent Representative Alex Ramel. Ramel has recently made his name in the Legislature by supporting meaningful climate legislation, and Smith thinks Ramel needs to slow his roll on some policies.

While the centrist Dem PAC gives the standard individual contribution max of $2,000 to most of the candidates who earn its support, it dumped $150,000 into a subsidiary PAC of the business-friendly, Republican-aligned outfit Enterprise Washington. That subsidiary PAC's sole purpose thus far has been supporting Smith. And just this week, it took a page from the GOP's playbook by distributing misleading ads to sway Republican voters toward Smith in the final days before the primary.

Ramel appears to have earned the ire of the JLF's funders due to his outspoken support for ending Washington's reliance on natural gas. Until this past week, the PAC ads had been largely positive in favor of Smith. But, starting a few days ago, Ramel says his campaign became aware of a robocall that went negative in its pitch for Republicans to support his opponent.

The message that the robocall leaves on voters' voicemails identifies the speaker as a "proud Republican and a proud worker here in the 40th District." The message then dismisses Ramel as a "progressive activist" and calls Smith a "jobs-focused" challenger, and then urges GOP voters not to "sit this one out" just because both candidates have a D next to their names.

It also seeks to tar Ramel's reputation by associating him with Governor Jay Inslee, and says he wants to "ban natural gas in your homes." Finally, the message stretches the truth by claiming that Ramel voted for a "state income tax" in reference to his support for the capital gains tax the Legislature passed last year—a policy Smith also supports, he said in a phone interview.

It's important to note, as Ramel did in our interview, that these PAC ads are entirely separate from Smith's campaign. Washington state law prohibits candidates from coordinating with PACs, and Ramel doesn't believe Smith's campaign has violated those laws. For his part, Smith also told me that he has had no contact with anyone at the Jackson Legacy Fund, even before he announced his candidacy.

All of this raises the question of why the Jackson Legacy Fund, which ostensibly exists to support Democrats, would spend 75 times more on a centrist primary challenger than it has on supporting any other candidate, many of whom face significant Republican challengers in what's expected to be a red wave year.  And after all, JLF's major funders include building trades unions, and Ramel received a 100% lifetime rating on labor issues from the Washington State Labor Council. I've asked the PAC for comment and will update this post if they respond.

Representative Joe Fitzgibbon, who chairs the committee responsible for electing more Democrats to the House, believes this spending to defeat a pro-labor incumbent like Ramel harms the overall effort to protect workers' interests. He says the building trades unions funding the PAC ads against Ramel should focus their resources on protecting vulnerable Democratic incumbents in swing districts who have been reliable allies for the labor movement.

But Fitzgibbon says those unions view opposition to the natural gas industry, which employs many of their members, as a red line. And even though Smith is a Democrat, Fitzgibbon says that he would be one less reliable vote on the aggressive climate policy we need to deal with the crisis causing my keyboard to nearly melt while I type up this article in the middle of a record-breaking heatwave.

Smith disputes that characterization of his stance on climate policy. In a phone interview, he said he acknowledges that the climate crisis is already happening and that the state must take action to address it. In his view, the workers who depend on fossil fuel jobs have to be "brought along" in any policy move on climate.

One local retired labor leader says Ramel has been doing exactly that. In a phone interview, Steve Garey, former President of the United Steelworkers Local 12-591, said that the unions supporting Smith take too narrow of a view of their members' interests in opposing the climate policy Ramel worked to pass in Olympia.

He says dealing with carbon pollution is in the interest of every worker, and that the building trades backing Smith have a history of "sticking their heads in the sand" on climate issues. Garey noted that Ramel hasn't proposed shutting down the district's refineries, and said he has accompanied Ramel to meetings with refinery workers where Ramel explained his position and his plans to support those workers during the transition away from natural gas.

The description of Ramel's position in the PAC ads erase the nuance of the disagreement between the candidates, but Ramel didn't sound worried when we spoke earlier this week. He says the ads triggered an "immune response" from supporters who don't appreciate the attempt to mislead them. The campaign has since raked-in tens of thousands of dollars in donations, and it saw a recent surge in volunteer signups.

With primary ballots due by 8 pm next Tuesday, we'll know soon whether that response is enough to overcome the outside spending, or whether the conservative wing of Washington's labor movement succeeded in sending a warning shot across the bow of the Legislature's climate hawks. 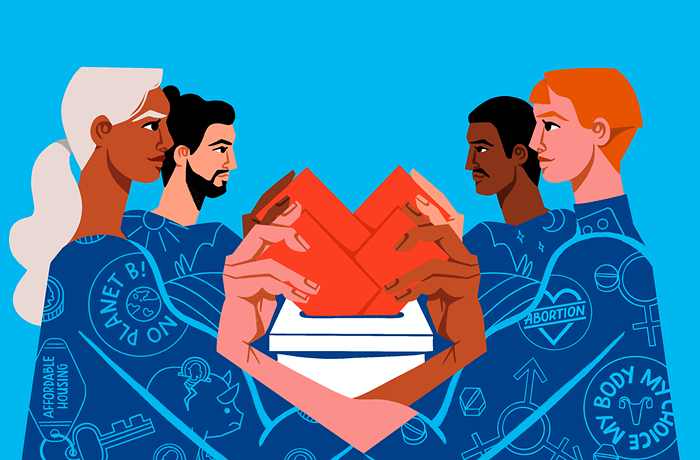 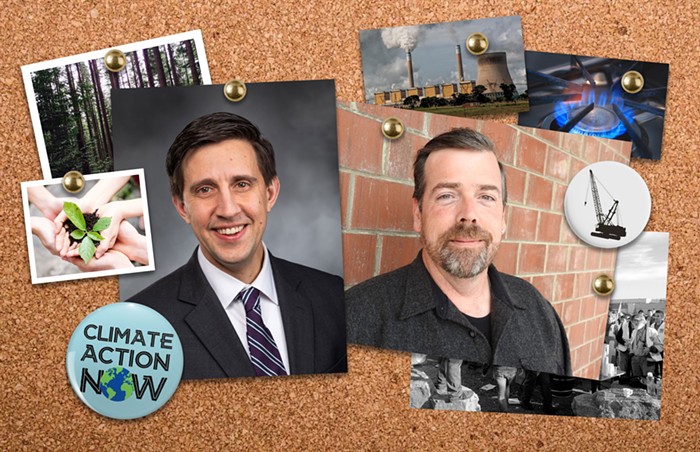 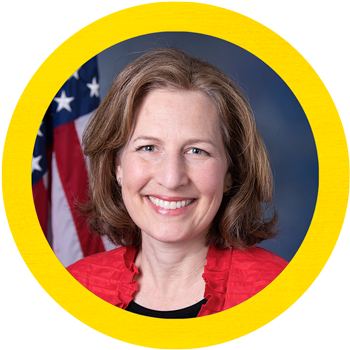