Look at All These Election-Deniers on the Ballot 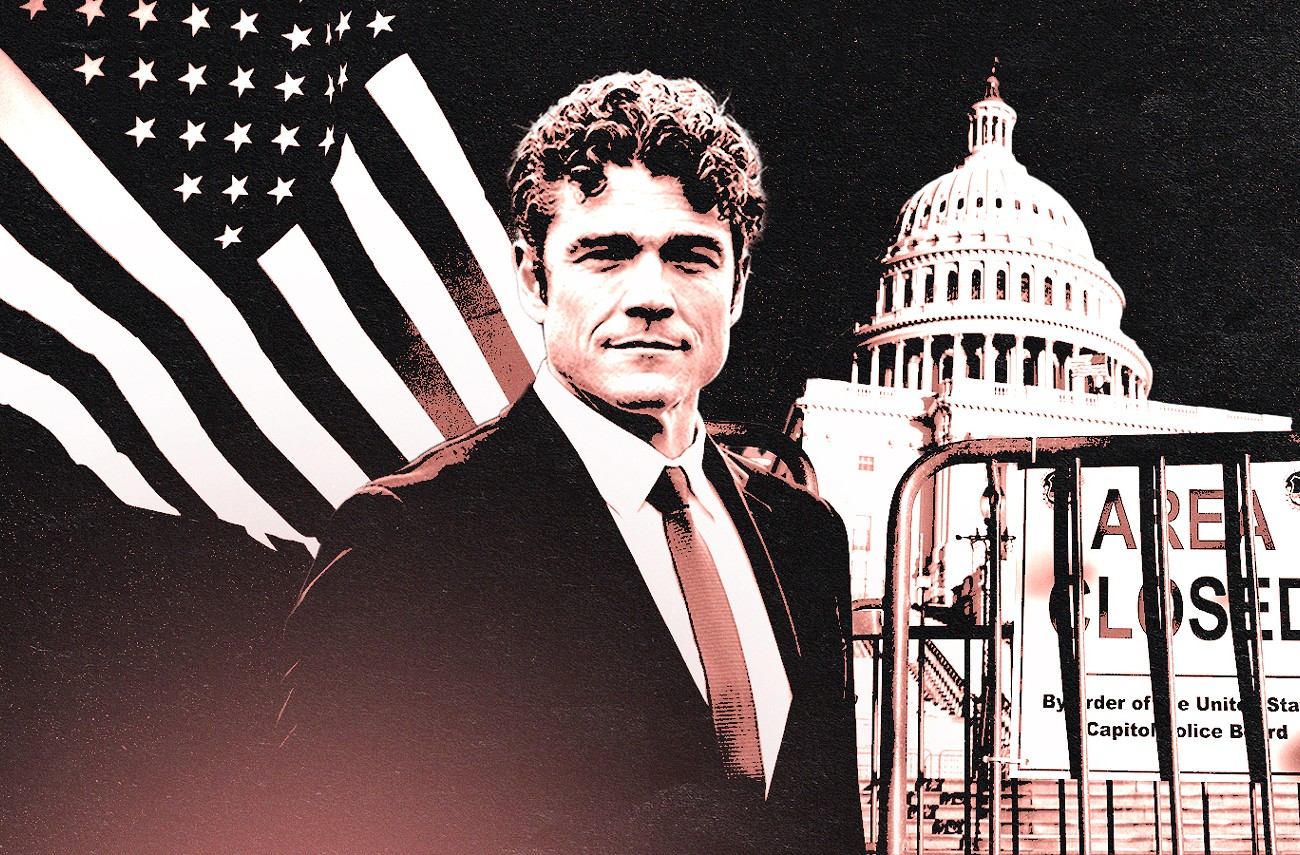 Let's not make this a tradition. Anthony Keo

With just a few days left before the first national election since MAGA rioters invaded the US Capitol building, President Biden delivered a prime-time address Wednesday night to make his closing argument to voters. In his speech, Biden argued that American democracy itself is at stake in next Tuesday’s election. He's right.

Across Washington state, Republican candidates who still question the legitimacy of the 2020 election or who refuse to commit to accepting the legitimacy of the 2022 elections are on the ballot seeking offices at all levels of government. And despite a new law enhancing penalties for threats or harassment against election workers, at least one local election worker in Washington state has received threats from an apparent conspiracy theorist.

But the president failed to mention in his remarks that these threats have been increasingly common even before the insurrection on January 6. Candidates of color have been raising the alarm about violence and intimidation on the campaign trail in Washington state for years, and failing to make the extremist politicians who inspire those acts of violence pay a price at the ballot box could allow this level of political violence to become our new normal.

As we’ve already tried to tell you, many Washington state voters will have an opportunity to help keep control of Congress in the hands of the only political party that cares more about preserving democracy than wielding power.

Down in the Vancouver suburbs, perhaps the most dangerous GOP candidate on the ballot, election-denier Joe Kent, is favored to win a seat currently held by one of the few Republican members of Congress who voted to impeach Trump for his role in the January 6 insurrection. Here’s Kent giving an extremely tedious Debate Bro defense of those rioters:

Joe Kent lives in a far-right fantasy world. He believes the rioters who attacked the Capital are "political prisoners".

Kent’s Democratic opponent, Marie Gluesenkamp Perez, echoed the logic of Biden’s speech in a statement. She said Kent’s “extreme rhetoric” contributes to an environment where threats of violence towards election officials and candidates become normalized, and she called on voters of both parties to reject his brand of politics.

In a statement, Washington State Democratic Party Chair Tina Podlodowski said both Republican candidates for Congress are “extremely far to the right of the voters they are seeking to represent.”

And let’s not forget this absolute nutjob running a write-in campaign for Secretary of State. Brad Klippert, who has the full backing of Washington’s Republican party, was one of three state Republicans who attended the MyPillow guy’s election-denier conference this summer. He told YakTriNews he "got extremely valuable information" at the conference and "took pages and pages of notes."

“This Undemocratic Shit Has Been Going on for a Long Time”

Missing from Biden’s speech and the doom-and-gloom warnings about the hotly contested Congressional races is the context of this country’s long history of politically motivated violence. Washington state is certainly no exception.

In a phone interview, state Senator Joe Nguyen (D-West Seattle) agreed “100%” with Biden’s characterization of the stakes of this election. But he also expressed disappointment that it has taken the attempted kidnapping of a white politician to bring mainstream attention to the threats candidates of color have endured in recent years.

“This undemocratic shit has been going on for a long time, and it perpetuates harm towards leaders of color,” Nguyen said. “This is an unheard-of level of violence and hate, and it’s being perpetuated by one specific party, the Republican Party. This is a sickness that we’re seeing across the nation and globe, and we as leaders of a democracy in the US have to push back because we’ve seen what happened in the past when we didn’t.”

State lawmakers have tried to put up additional guardrails against this violence, but those moves haven’t discouraged local political candidates from engaging in the kind of rhetoric that places the future of American democracy in question.

Three of Nguyen’s colleagues in Olympia, for example, have made the Democratic Legislative Campaign Committee’s “Threats to Democracy” list for their role in spreading misinformation about the 2020 election: State House Representative Robert Sutherland (R-Granite Falls), Rep. Jim Walsh (R-Aberdeen), and Rep. Jesse Young (R-Gig Harbor). Young and Sutherland even went the extra mile by lending their credibility to the Cyber Ninjas “audit” of Arizona’s 2020 election results, which found no evidence of fraud.

Closer to Seattle, King County’s only swing district features Republican candidate for State House Kyle Lyebyedyev, who seems to trust copy-and-pasted chain letters on Facebook more than the Republican Secretary of State who oversaw our elections in 2020. In the South King County suburb of Federal Way, Republican candidate for State Senate Linda Kochmar is advocating for an end to vote-by-mail and a beginning to voter ID requirements, election “reforms” frequently pushed by so-called “election integrity” activists. Those reforms, of course, would only make it harder for poor and working-class people to vote.

And no roundup of Washington’s dangerously deranged Republican party would be complete without a mention of the King County GOP hosting an insurrectionist in an attempt to raise money from those who believe these bullshit conspiracies.

We’ll know in just a few days if Biden’s closing argument swayed enough of the few remaining swing voters to avoid another body blow to American democracy. If not, the violence that this surge in “undemocratic shit” encourages may become just as routine as the flood of glossy mailers that swamps your mailbox every October.