Here's a Sneak Peek at the Upcoming Dawoud Bey & Carrie Mae Weems: In Dialogue exhibit at the Seattle Art Museum 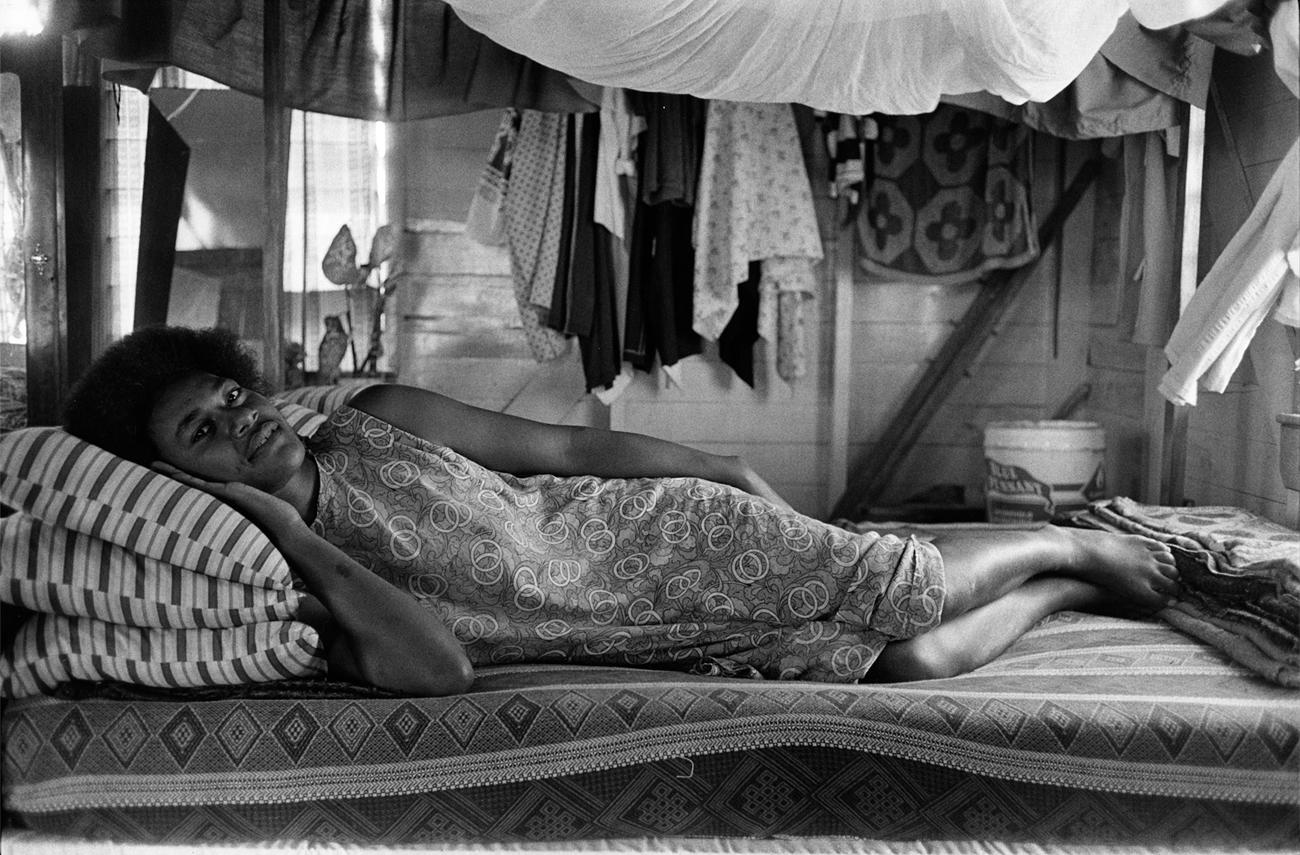 This fall, Seattleites will have the opportunity to view works from the two of the greatest living photographers: Dawoud Bey and Carrie Mae Weems. Both are artists of world renown who have meticulously told stories of Black people, Black history, and Black subjectivity in the United States since their careers began back in the 1970s. And, on top of it all, they are friends.

Originally organized by the Grand Rapids Museum of Art in Michigan, Dawoud Bey & Carrie Mae Weems: In Dialogue will make its stop at the Seattle Art Museum from November 17, 2022 through January 22, 2023.

Despite being friends for nearly fifty years, this show is the first time Bey and Weems have shown together. While their approaches to the medium of photography differ—Bey is often more documentarian while Weems focuses on the self and narrative works—both artists are fundamentally interested in reframing and challenging power dynamics in art.

“It feels almost as if the United States is catching up to the important work that these artists have been doing over five decades,” says SAM's modern and contemporary art curator Catharina Manchanda, who is organizing the exhibition here in Seattle. “Whether it’s a celebration of the Black community, whether it’s a way of foregrounding power imbalances that are in the landscape… or histories that have been overlooked—these are all themes they’ve dedicated their entire careers to.”

Composed of over 140 pieces, Dawoud Bey & Carrie Mae Weems: In Dialogue will be split into five roughly chronological sections that move through the artists’ early work—the establishing of their perspectives, their interest in the Black history of America, and how landscapes appear and impact their bodies of work. This exhibition covers the half-century of their respective careers and contains photographs from Bey and Weems’s most well-known series.

Here’s a closer look at three photographs included in the exhibition to get you warmed up for the show’s November opening:

From 1988 to 1991, Bey roamed around major cities in the United States, set up his large-format Polaroid tripod somewhere public, and asked Black folk to pose for him. Careful to not just “take,” Bey used a camera that instantly printed off a negative as well as a small black and white Polaroid. He gave the photo to his subjects to make the photographic encounter more equitable. This series—called Street Portraits—is composed of intimate and complex portrayals of Black public life, performance, and presentation at the time.

In Couple in Prospect Park, the lovers look at the camera. Their gaze is direct and confident—they’re looking at you looking at them. But despite our interruption, there’s still an intimacy and casualness to them, as if Bey caught the lovers in the midst of a private embrace. Bey told High Museum of Art that photos like these were born out of a desire to “describe the Black subject in a way that’s as complex as the experiences of anyone else.”

Taking the more narrative route is Weems’s Kitchen Table Series. In 1989, she set up a camera at her kitchen table and photographed herself acting out different fictional scenes. The setting of the series never changes—the wooden table and single triangle overhead light—but she does.

The woman sadly drinks alone at the table, shares a meal with a male lover, gets her hair brushed by a friend, does makeup with her daughter, looks directly at the camera. This photo essay portrays the life of a Black woman as she puts on different selves—a mother, a wife, a friend, a sister, herself—and the different psychological states those modes entail. While Blackness is certainly an element explored in this series, it also universally speaks to the experiences of women in their private lives. This particular body of work profoundly impacted the fine art world. Generations of artists who were her contemporaries or came after Weems described the Kitchen Table Series as foundational to their practice, reshaping their understanding of the medium of photography as well as Black representation.

Bey's The Birmingham Project is a portrait series commemorating the four girls in the 16th Street Baptist Church bombing in Birmingham, Alabama in 1963 as well as the two boys killed in the violence afterward. Carried out by members of the Ku Klux Klan, the terrorist attack reverberated through the United States that was deep in the throes of the Civil Rights Movement. To compose the diptychs that make up the series, Bey invited Birmingham children and adults to pose for the portraits. The children were the ages of those that died in the bombing while the adults were the ages the victims would have been had they not been murdered. Each photo is made of two different images, but are staged in such a way that either picture forms a whole. Like in Taylor Falls and Deborah Hackwork, Taylor and Deborah are reflections of one another across a pool of time and experience. The entire series is a symbolic meditation on how racial violence impacts generations of the Black community, but also serves as an imagination of what the future could resemble.