Can you imagine what it would sound like if these figures awakened, walked off these cave walls, and performed a 90-minute musical? Well, Oscar- and Grammy-award winning composter Tan Dun did. Courtesy of The Dunhuang Foundation
Fall Arts 2022

More than 1,500 years ago, a Buddhist monk carved a cave into rock at the edge of the Gobi desert in northwest China. Over time, as the story goes, more monks joined him in carving out their own grottoes, where they’d practice meditation and study the sutras in solitude.

As the years marched on, a few hermitage sites blossomed into a massive temple complex known as the Thousand Buddha Caves, or the Mogao Caves. They served as a spiritual, artistic, and literal oasis at a critical juncture along the Silk Road, that tangle of inland routes connecting China to India, the Middle East, and Europe.

Pilgrims and merchants from all over the globe exchanged goods, stories, and philosophies as they stopped in the nearby city of Dunhuang and visited the temple shrines, which the monks plastered with stunning devotional works.

Vibrant paintings of Buddhist narratives brightened the walls, sculptures crowded around altars, and libraries were piled high with scrolls containing ancient star charts, administrative records, and Christian and Buddhist works, including the earliest printed book on the planet.

This bustling, holy cosmopolis quieted down in the 15th century with the advent of shipping, but the 20th century revealed its treasures to the world. In the last few decades, UNESCO dubbed the place a Heritage site. Now, the temple once again draws tourists and pilgrims from everywhere, though they mostly wander from grotto to grotto, snapping selfies with bodhisattvas.

One of those tourists, however, decided to turn his experience with the caves into a big-ass multimedia, multicultural, multi-dimensional musical bonanza. Chinese-American composer Tan Dun, who ended up studying the caves for two years after visiting them, calls the work that emerged from that experience Buddha Passion.

Though it was originally commissioned by a bunch of big-time arts organizations (the Dresden Music Festival, the LA and New York Philharmonics, and the Melbourne Symphony Orchestra), on November 10 and 12, digital replicas of the caves and the music Tan made of the real ones will land at Benaroya Hall, thanks to the Seattle Symphony.

Tan cemented his status as a boundary-dissolving composer with his Grammy and Oscar-winning score for Crouching Tiger, Hidden Dragon. The Buddha Passion reflects the cultural and aesthetic diversity of the caves and of his career in a million little ways, but the most obvious one announces itself right there in the title.

In “The Bohdi Tree,” we meet a boy who learns that all life is equal the hard way. “The Deer of Nine Colors” gives us a lesson in karma. “A Thousand Arms and a Thousand Eyes” is a story of sacrifice, “Zen Garden” a story to empty the mind, “Heart Sutra” a tale of (what else) woe, and “Nirvana” takes us to the gate of enlightenment.

The other most-obvious nod to the caves might be the piece’s sheer size and scope.

Before you even walk into the concert hall, you can virtually step into the caves themselves with a VR tour in the Octave 9: Raisbeck Music Center.

After that immersive experience, you’ll strap in for the bigger production. The show features an orchestra full of Chinese and European instruments, a complement of percussionists who literally play water with plastic cups, the Northwest Boychoir, and the Seattle Symphony Chorale, who will occasionally use stones as percussion.

As those instruments suggest, in Buddha Passion, Tan weaves eastern and western melodies together seamlessly, and he spikes them with distinctly contemporary sounds and left-field percussive strategies. Though that might sound like chaos on the page, Tan always finds a balance.

In the “Heart Sutra" section, for example, the audience takes in a tale of a monk who falls in love with a dying woman along the Silk Road. Though the overtone singer, his fiddlehead harp, a Chinese folk singer, and a mixed orchestra could clash, Tan uses the elements to unite them. You can hear the gravely earth in the throat-singer’s voice, the air and fire in the soprano, and the oceanic swell of the orchestra. It works perfectly.

Critics use the phrase “east meets west” as a quick way to describe Tan's compositions in general (and this one in particular), but the phrase fails on a number of levels.

For one, it’s a cliche. For two, semantically at least, “east meets west” suggests a sort of temporary, perfunctory exchange. But east met west a long time ago, and travel and trade have woven together the cultures and economies of both hemispheres pretty tightly. For all the “new Cold War” drum-beating at the State Department, China and the U.S. represent each other’s biggest trading partners. An iPhone has a Chinese battery, a Japanese screen, a Swiss gyroscope, and an audio chip made in the U.S. of A.

Tan himself is a product of this exchange. He spent the first half of his life in China and the second half of his life in the U.S. As a Chinese-American with full command of the traditional and avant-garde approaches artists use in both regions, he’s created a sound all his own. He’ll start with a Chinese melody, pivot into a more European tone, make the chorus bang some rocks together, and then unleash a finale that belongs in a big, schlocky film score.

To the extent that Buddha Passion offers any guidance for navigating this emerging multipolar world and its musical products, it points back to the lessons of the sutra. All life is equal. What goes around comes around. Sacrifice some comfort to let all live free. Give without attachment. Wake up, and stay awake. Not bad advice. And not unfamiliar, to the Western ear, either. 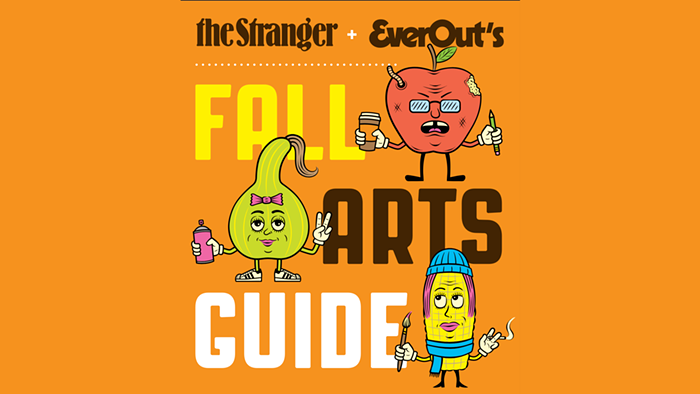