Charles Mudede, circa 1990
Back to article

1
Glad you stayed in Seattle, Charles. You might enjoy this video I came across a while back - 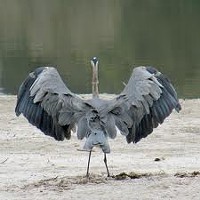 2
I really appreciated this article Charles. Thank you for writing it!
A Magnolia Heron on October 14, 2016 at 1:22 PM Report this
3
I think a lot white people in Seattle probably make two very stupid assumptions when they meet black people. The first is that your ancestors came here as slaves (and you were part of the great African American diaspora). The second is that you are therefore poor. Both assumptions (like all prejudices) are stupid, but especially stupid in this city. We are a coastal city, which means that while we aren't New York, we aren't Detroit, either. I would guess the number of African Americans who are first or second generation Americans is relatively high. Second, Seattle had a very strong black middle class back in the day. While Seattle was no nirvana, the racial tension and so called ghetto was nothing like it was (or is) in most American cities. The working class parts of Ballard were just as rough, if not rougher than those found in the predominately black neighborhoods.

It used to be common for ignorant white people to make the same sort of assumptions about Asian Americans, although they made it in reverse. I've sat at a Chinese restaurant and heard someone order in very well enunciated English, in an obvious effort to communicate with someone whose second (or third) language is English. The other person, of course, is a native English speaker (and sometimes speaks with a southern drawl).

But once the immigration history is established, guessing you grew up poor is another stupid assumption. I would assume that with recent African immigrants, the number of people who grew up well to do outnumbers those that didn't (or the numbers are close). It is a lot easier to come here if you can afford the plane ticket.

But all assumptions aside, in much of Seattle, you will stand out, just as someone with red hair will. It's just that kind of city I'm afraid.

Ross on October 14, 2016 at 1:30 PM Report this
4
Charles, when do we have the pleasure of seeing a collection of your writing?
And, yes. It's not an original but very important truism that others play a large part in making us, and sometimes we (I) have to wrestle with identities, and wonder if I would be anything without others around me who define me, arrive with expectations and assumptions.
DaudHami on October 14, 2016 at 3:10 PM Report this
5
Charles, your friend Joe Wood was mentioned on a radio program not long ago: The guest is named David Paulides. Mr. Paulides does research and writes books about mysterious disappearances of persons throughout the world. Your friend Joe's case is in one of those books ( which are a series entitled 'Missing 411' . --- http://www.canammissing.com )
5th Columnist on October 25, 2016 at 4:17 PM Report this
6
Next to The Stranger staff, even Powder would get blacker.
Sportlandia on December 28, 2016 at 12:29 PM Report this

7
Identity is a tricky thing.

On the one hand, I think one great aspiration is to be able to offer all children the kind of upbringing you were given. There's a lot to admire in that kind of unawareness of race. As a somewhat conflicted liberal, I distinctly remember believing that this was the sort of society to work towards.

Except for all of the problems that Wood brought up. The price that white America charges for this post-racial society is the same it has charged immigrant groups: assimilation. And African-American culture has proven remarkably resistant to assimilation (in large part because broad segments of white America refused to admit black America into the melting pot at all, but also because of unwillingness to "act white," i.e. assimilate).

There's something very similar going on with the LGBT community, with the whole marriage movement symbolizing our assimilation at the expense of quite a bit of our cultural distinctiveness.

The post-racial harmony that I thought of as being within reach in my younger years really does seem to require that kind of loss. We really are looking at two competing goods here, with prices to be borne for either.

The reality is, there's a certain amount of diversity that human societies will tolerate. Moreover, that degree of tolerance appears to be contingent on perceptions of security (both physical and economic). This is seen repeatedly in the historical record: when times are tough, minorities do badly. Jewish history is perhaps the clearest example of this. There are things that we as individuals can do to alter our own responses (Christianity at its finest is all about this), but not at a social level.

So we either all grow more alike, at the cost of our cultural diversity, or we keep the things that make us us, but give up our hope for social harmony.

Classical liberalism was supposed to be an answer to this problem: we call a truce, you live your way and I'll live mine, and if you're objectionable enough to me, then I'll simply keep my distance (it's worth remembering that liberalism grew out of the religious wars of the 17th century). This is actually the position that religious conservatives seem to be retreating to with respect to LGBT issues.

So I'm considerably less optimistic about how all these racial tensions (which are really cultural tensions) play out than I was when I was younger. I'm not at all sure that we're all on the same sheet of music when it comes to what our expectations for a "post-racial" society should look like.
Corydon on December 28, 2016 at 2:36 PM Report this