Having no one to go to a show or gallery or movie with isn't a good excuse to not do it. 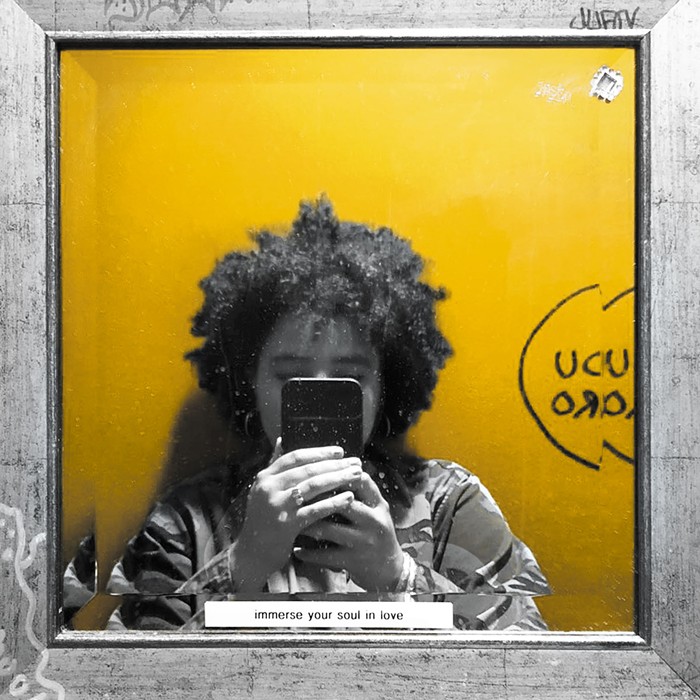 Self-portrait of the author in a mirror at Cafe Allegro. Jasmyne Keimig

Seattle can be a dreary, lonely place. There is, of course, the myth of the Seattle Freeze, a phenomenon where newcomers to the area have trouble making new friends with Seattleites because we do not want to talk to people we don't already know. While I do think the hype around the Freeze is overblown—Seattle people are friendly, just extremely flaky—the gloomy skies and rain sometimes ensure that new acquaintances would rather just stay inside and watch Gwyneth Paltrow make her employees stick weird things into their vaginas instead of trying that new bar on the corner.

In my opinion, having no one to go to a show or gallery or movie with isn't a good excuse to not do something. Seattle is a paradise for loners. There are all kinds of things here a person can enjoy on their own. This isn't a call or plea for social isolation, but rather a call to embrace being alone.

Not forever, obviously. But in order to get to know a city—to truly begin to understand the things that make it great and awful—there needs to be an intimacy between citizen and city. Arriving somewhere without friends or an acquaintance opens up the possibility for connections that might not otherwise be made. You can form a relationship or familiarity with a space no one else has to know about. You don't have to explain it to anyone. And I think that's what makes living here amazing. If you're looking for some inspiration for what to do alone, I've got you.

Go see a movie alone.
This is perhaps the easiest outing to accomplish by yourself. The darkness ensures no fidgety awkwardness, as everyone else will be focused on the big screen anyway. There is Beacon Cinema in Columbia City and Grand Illusion in the U-District for well-curated art-house and indie films; SIFF Cinema Egyptian on Capitol Hill and SIFF Cinema Uptown in Lower Queen Anne for new releases and foreign films; Regal Meridian if you want to sit in a recliner downtown; and AMC Pacific Place when you want to watch a movie inside a mall. Get a beer and settle into a collective viewing experience.

Take a ferry alone.
God, there's nothing better than riding a ferry alone. I think it's important for Seattleites to commune regularly with Puget Sound. Depending on which route you take, there's a solid hour where you can pretend you've spent your whole life on that ferry, cuddling up in one of the sun-soaked booths with a book or taking in the views (and wind) from the outer decks. There's no need to spend a whole day exploring Bainbridge, Bremerton, or Kingston (if you don't want to). The ticket is round-trip fare, so you can get off the ferry and then get right back on and you don't have to pay on the way back. It's all about the journey, isn't it?

Go on a really long walk alone.
Despite the weather, Seattle is an immensely walkable city. Paved sidewalks run alongside bodies of water, trees, hills with vistas of the mountains, the skyline, and the Space Needle. While walking in someone else's company is always nice, going it alone opens up a possibility of peeking into a store you might not know you're going to like or changing the destination of your walk. One of the best walks in the city is north from Capitol Hill to the outer edges of the U-District. You can stop and get snacks along Broadway, smoke a joint while sauntering down some of the neighborhood footpaths, watch the boats float by as you cross the University Bridge, and then rent a movie from Scarecrow Video. Pro tip: Make sure your walk ends close to public transit so you can bus back home.

Eat alone.
This is absolutely the most difficult task to accomplish alone, but also the most rewarding when you decide not to give a fuck. I think it's best to start with fast-casual spots, like Ramen Danbo on Capitol Hill or the Freya Cafe inside the National Nordic Museum in Ballard, where you can eat quick and dip if you feel hot from everyone's eyes on you (they're not looking at you, FYI). Bring a book or save a long-form article on your phone to scroll through if you find turning all your attention toward one object anxiety-calming. And if the place has a bar, even better.

Go to a concert alone.
This is probably one of the few things I sometimes prefer to do alone. You can show up an hour early to grab a seat at the bar to people watch, or dip in the middle of the headliner's set if you're feeling tired. You don't need another person to help you feel the music. While venues like the Showbox, Neumos, Columbia City Theater, and the Crocodile are nice, I've found that house/techno venues like Re-bar, Kremwerk, and Monkey Loft are good for loners, too. Though DJs are on a stage in front of a crowd, there's less pressure to stand and engage them in a certain way. You can dance, swirl, and sweat as you please, without worrying about bumping into cuddling couples swaying to the music.

Look at art alone.
This is for when you're feeling pensive and want to strap yourself into someone else's brain for a minute. There are mainstays like the Seattle Art Museum downtown, the (free) Frye Art Museum on First Hill, and the Henry Art Gallery in the U-District—but, when going solo, smaller galleries are your best bet. Art galleries in Seattle are criminally under-attended, despite the fact that smaller venues for seeing local art are free to enter without pressure to buy anything. Often, gallerists spend a lot of time inside the gallery alone and would be more than happy to talk about the art on view with you.

If you're feeling a redbrick vibe, Greg Kucera Gallery, Linda Hodges Gallery, Stonington Gallery, and Koplin Del Rio have regularly excellent shows in Pioneer Square. On Capitol Hill, places like the Factory and Roq La Rue host offbeat and exciting exhibitions. There are a bunch of wonderful venues sprinkled throughout the city, ready to welcome you, and only you. Get out of your chair, walk outside, and start looking around.