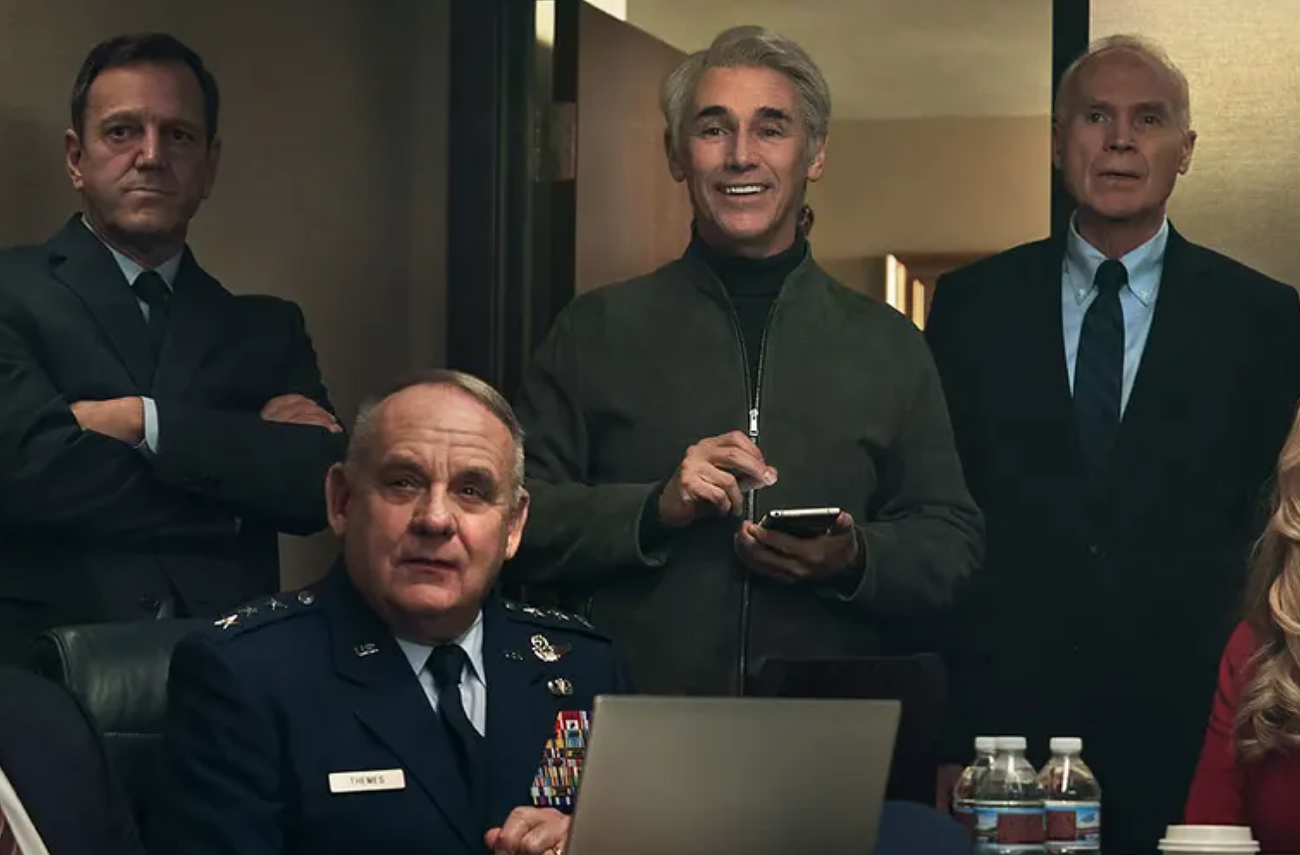 I was wrong about a scene in Don’t Look Up: Lots of nuclear rockets are launched into space. Their target a comet threatening life on Earth. But before the rockets leave the atmosphere, they begin falling out of the sky. Their mission, it turns out, was shut down at the very last minute by the US president (Meryl Streep) because her biggest donor, a tech billionaire (Mark Rylance), claimed his Meta-like company has the technology to catch the comet, mine its minerals, and make everyone on Earth rich. The whole movie hinges on this moment, which, in my original thinking, had a value that was entirely comic. The president’s commitment to an internationally coordinated project with a high chance of success is changed in mere minutes by a fictional Elon Musk. That’s funny, and that’s about it.

But I was completely wrong. History has a record of something just like it happening in the White House.

Near the middle of Jamie K. McCallum’s 2020 book Worked Over is an account of what happened to Richard Nixon’s ambitious Family Assistance Plan (FAP) one morning in 1969. Many might know this—I certainly didn’t—but FAP was “a guaranteed annual income for all poor families of $1,600 a year (about $11,400 in 2019).” The plan would have dramatically reduced Black poverty and sent the United States in a completely different economic and political direction. The story of the 1970s that followed would be unrecognizable compared to the one we have today. Neoliberalism would likely never left the classrooms of the University of Chicago and gone on to shape the 1980s. The president who gave us the EPA might have given us a much larger Black middle class rather than a massive prison complex. (Black incarceration, as the sociologist Bruce Western has pointed out, only took off in 1972.)

But just moments before announcing FAP to the American public, this, as described by McCallum, happened:

On the morning in 1969 the president was to announce this plan, his adviser Martin Anderson, a devoted follower of Ayn Rand, handed Nixon a memo. What happened next, according to historian Rutger Bregman, was one of the most shocking twists in public policy history. Nixon delayed his announcement and ordered his aides to do a study of an arcane eighteenth-century British welfare policy called the Speenhamland System. Much of what they found was written by Karl Polanyi in his classic The Great Transformation. Polanyi was a Christian and a socialist, but his conclusions that Speenhamland’s generous entitlement program pauperized the masses by condemning them to sloth and indolence proved very useful to conservatives.

In short, the rockets fell back to Earth. And, as a consequence, high and lethal levels of poverty have been with us to this day. The possibility of improving the lives of millions was gone in mere minutes. And the distance between Don’t Look Up and real world appears to be very small or, as in this viral tweet concerning the recent heatwave in the UK, the distance isn’t there at all.

A clip from Don’t Look Up, and then a real TV interview that just happened pic.twitter.com/CokQ5eb3sO

I want to end this post with a few words about Hegel’s idea of the “cunning of reason.” The basic idea, which is explained in Hegel’s Lectures on the Philosophy of History, is that historical figures like Julius Caesar didn’t actually make decisions that changed the course of the world. It was instead reason, whose movement through time shaped history, that made those decisions, which in a sense weren’t decisions to begin with. This is why being a hero is such unhappy business. Reason is a force the hero does not control. The hero is only its tool or mode of expression.

This idea might seem a bit dated, as, indeed, many of the ideas in Hegel’s books are. But if we borrow the reading the great American Marxist Moshie Postone applied on Hegel’s concept of absolute spirit (basically god, the Subject, moving through time with the goal of making spirit and matter one), we might revive this cunning of reason and see it for what it actually is. For Postone, Hegel’s absolute spirit was not in essence god as Subject, but capital as the impersonal Subject that determines “forms of practice.” Indeed, Postone goes so far as to argue that Hegel confused capitalist progress with World History. Now, if we read the Subject’s social transmission mechanism to be the cunning capital itself, this means history is fated to only go in that direction and express forms adequate to itself.  This Subject must always be fulfilled, its spirit materialized through the management of Liebnizian compossibilities—a theory I plan to develop finally this fall.

Nixon never really made his decision; he made history’s decision. The same goes for the president in Don’t Look Up. The rockets were always going to go nowhere. The spirit of capital only needs seconds to keep history on a course that only reflects itself. (How many last-minute calls did Obama receive? Or even Biden?) In this we find an understanding with Hegel’s claim that the real is reason and reason is the real.