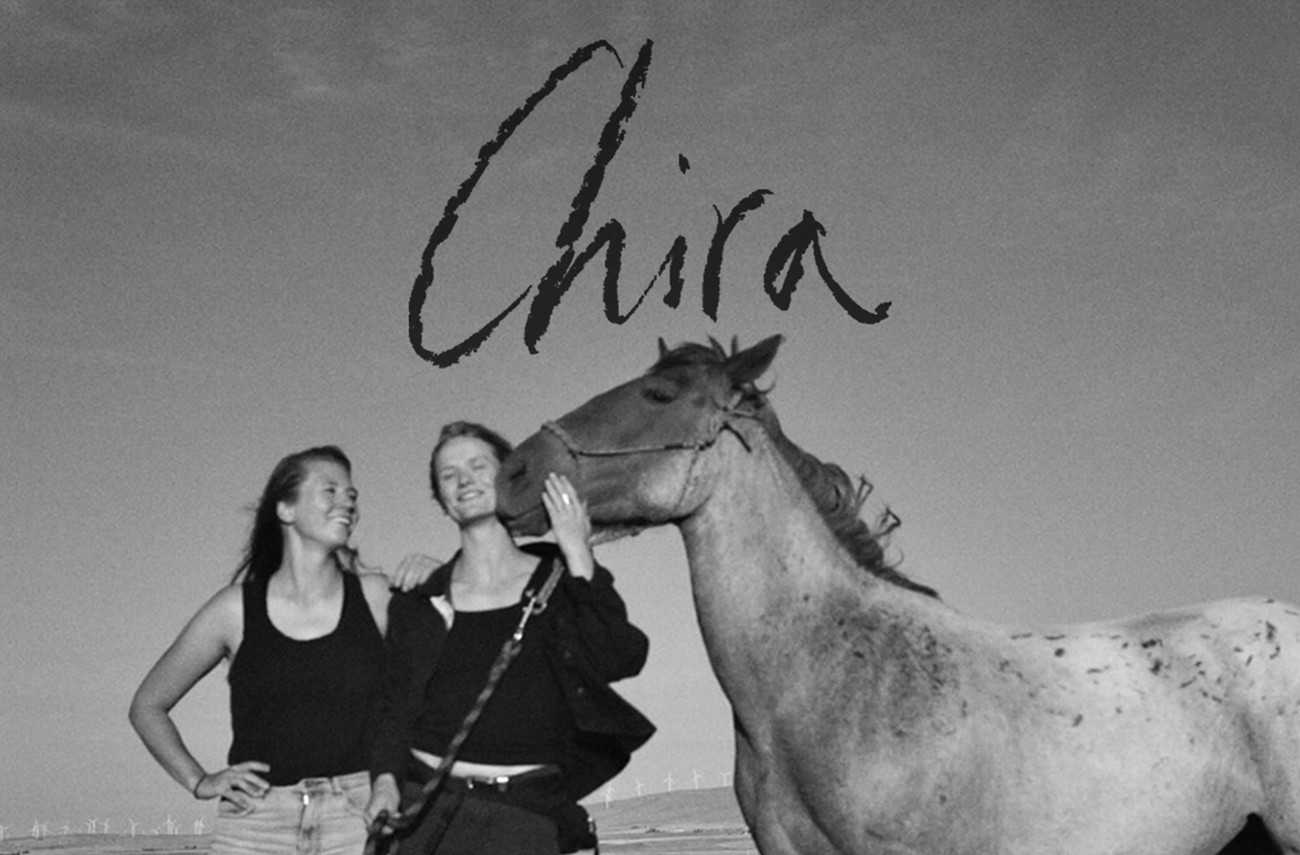 For filmmaker Tela Moss, it all began with some Instagram photos of a high school acquaintance, Annie Casey, standing on a desolate prairie with two wild mustangs.

As Moss soon learned, Casey espoused “mutual vulnerability” in horse training, a technique that upends traditional notions of “breaking” horses. For Moss, such a radical rethinking of our relationship with animals demanded an equally radical approach for her first solo-directed short film, Chira, which screens during Northwest Film Forum’s Local Sightings Festival on Thursday, September 22 at 7:30 pm.

The way some documentary filmmakers present perspective as fact always got under her skin, and Casey’s approach to horse training seemed to align with her thoughts on docs. “There were some natural parallels between what I was interested in discussing, which was power dynamics between subject and filmmaker, and what Annie was doing, which was, ‘How do you dissemble power dynamics between horses and animals, who we’re used to breaking and or training, and a human being?’” She said in a recent interview.

Fueled, too, by a lifelong love of Western aesthetics, Moss headed to southern Washington’s dusty plains. Over the course of half a year, she filmed, edited, and assembled 60-plus hours of footage. She even drew Chira’s animated sequences with charcoal on her kitchen counter. The result was well worth the effort: a luminous 20-minute film thrumming with life, one that probes the meaning of freedom in human-animal and human-human relationships alike.

Aside from delving deep into the dynamics of interspecies power relations, Chira also illuminates a pressing problem. There are currently around 90,000 wild horses on public lands in the West, far more than the Bureau of Land Management (BLM) considers sustainable. Given that herds are growing even as climate change exacerbates drought and starvation, an extensive birth control program is sorely needed.

Yet the BLM has prioritized controversial roundups. As helicopters steer horses towards an enclosure, families are separated while some horses end up traumatized or, worse, trampled. The “bait and trap” method is more humane, Casey said, yet underutilized.

In 2019, the BLM began paying people $1,000 to adopt a wild horse, with alarming unintended consequences. Many owners were under-equipped, negligent, or even abusive. Even more tragically, “kill buyers” commonly circumvent the U.S.’s ban on slaughterhouses by selling horses in Mexico and Canada.

“[Mustangs are] seen, still, as like a mixed mutt from a dog pound twenty years ago, when people just wanted the purebred, flashy animals. Left behind and overlooked are these gene pools that have been mixed and mingled and as a result are phenomenally hardy, brilliantly smart. [They’re] not prone to the kind of neuroses the thoroughbreds are notorious for,” Casey explains.

Chira maps the rhythms of Casey’s days, the watching and waiting. Whereas much of horse training is regimented and goal-oriented, she sought to let the process unfold organically, establishing at every step of the way that she was not a predator to be feared.

“It’s easy to misinterpret a horse standing still as cooperative. But then you take a deeper look at things like, ‘Are they tense in their cheekbones? Have they stopped blinking?’ It’s those little things that start to convey really clearly, ‘I am not okay with what’s happening right now,’” she explained over the phone.

Whenever Casey spotted one of those telltale signs of anxiety, she would take a beat. Then, when she saw the animal’s nervous system cooling down, she would resume training.

Yet, it was equally critical to be keyed into her own emotions. “If I was having a chaotic internal landscape, or if I was rushed or had a time limit, it just wouldn’t go well. They would take off, run laps around me with their noses and tails in the air, just being absolute goofballs. It’s this reminder that you gotta take this moment for what it is, not what you came in here trying to construct it to be,” she said.

Through its inventive formal choices, Chira spurs the viewer to pay similarly close attention. I found myself frequently pausing on its gorgeous landscape shots, in which the intersections of fields, fences, and the horizon create intriguing geometric patterns. Other shots plunk the viewer on the ground, amidst swaying grass and wire-link fences. Such shifts in perspective reward eagle-eyed viewers. Chira’s entire collage of visuals, sound, and narration create this hypnotic effect. In particular, a sparse natural soundscape makes the sounds of civilization—a gate clanging, a tractor revving up—uniquely jarring.

For Moss, avoiding the conventions of cut-and-dry documentary journalism gave her room to play around with form. “When you release the idea of, ‘My perspective is truth,’ you can look at it more like a piece of art as compared to a vessel for facts. I think docs sometimes sell themselves short in the interest of being taken seriously,” she said.

Indeed, Chira embraces the full potential of the medium. About two-thirds in, things turn meta when Moss asks Casey to take off her mic. With one jump cut, Moss steps in front of the camera, and Casey takes over the narration. The fact that Casey wasn’t prepped beforehand gives the scene an antsy energy. This experiment in role reversal proves yet another clever way to interrogate power dynamics. “Is this relationship between you and me equal?” Moss asks. “Or does the mere presence of a camera give one person power over another?”

For Moss, this scene deepens the theme of relationship-building, including the one developing between her and Casey. Taming a wild horse without breaking it becomes an allegory for the push-and-pull of all relationships. Moss characterizes this tension as the “ask” (what we ask for from others) versus the “accept” (what we will accept from others).

“It’s a little more ‘accept’ than we’re traditionally offered. Like, accept the core of who they are and where they’re at, and don’t push them beyond what they have the capacity to give ... The core question is, How do we love better? I think the ‘ask’ is attached to loving ourselves, and the ‘accept’ is what it is to love another. I don't have close to all the answers on how to love best. But it is a quest to learn as much as I can,” Moss said.

Indeed, for the viewer, Chira represents just such a dizzying journey, raising questions that will linger long after the credits.

Comments 2
Tags: Film/TV
The Stranger depends on your continuing support to provide articles like this one. In return, we pledge our ongoing commitment to truthful, progressive journalism and serving our community. So if you’re able, please consider a small recurring contribution. Thank you—you are appreciated!
CONTRIBUTE NOW