Even the Trees Are Monstrous, with Bark That Breathes Like Animals 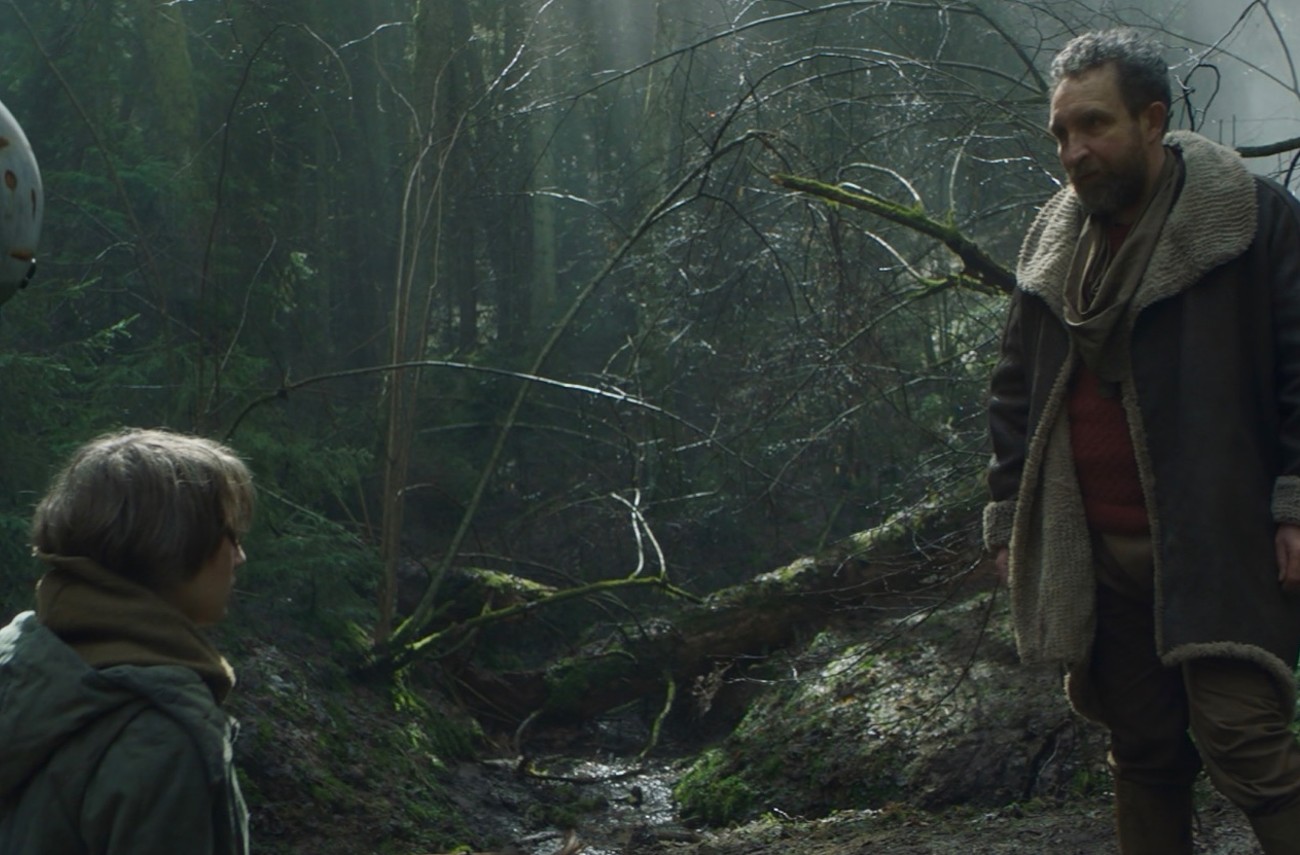 Those trees are breathing. IFC Films

Vesper is a superb post-apocalyptic film set in a world that is still technologically advanced but has reverted to a society and economy that resembles Europe's Dark Ages. Its story is centered on a girl, Vesper (Raffiella Chapman), whose father, Darius (Richard Brake), is dying, and whose uncle, Jonas (Eddie Marsan), is just evil. One day, Vesper meets a princess, Camellia (Rosy McEwen), who fell out of the sky—her flying machine crashed in the heart of a dark forest. The princess comes from the Citadel, which is basically a medieval castle. Those who do not live in the Citadel, such as Vesper's family, depend on exchanging types of blood for seeds. This world has little to eat or things to do outside of obtaining enough energy to see the next miserable day.

What's great about this film—which was made by the duo Kristina Buozyte and Bruno Samper who, in 2012, wrote and directed Vanishing Waves, one of the best science-fiction films of the previous decade—is its commitment to the material reality of a beautifully bleak future. This makes the work (or even fairy tale) as visceral as a David Cronenberg film, particularly eXistenZ. The clothes of the remaining, sun-starved humans look like they are rarely washed; the beds they sleep on or are confined to can only offer one nightmare after another. And what's for dinner? A bowl filled with little live monsters in a murky soup. Even the tree trunks in this film are monstrous. Their bark breathes like an animal.

Vesper continues a line of science-fiction films that began in the 1990s when biotechnology entered the popular imagination. Robots and spaceships took the backseat during that moment, which imagined a future dominated by good and evil genetic engineers and modifications. But this future was abandoned because, in a way, biotech never became as horrifying and controversial as first imagined. It did not change the structure of capitalist society in any radical way. And so we returned to the stars (Interstellar). But like Alex Garland's Annihilation, Vesper returns sci-fi cinema to the body, to the mud, to the monsters of life.