Big Eyeroll of a Class Satire Over Here 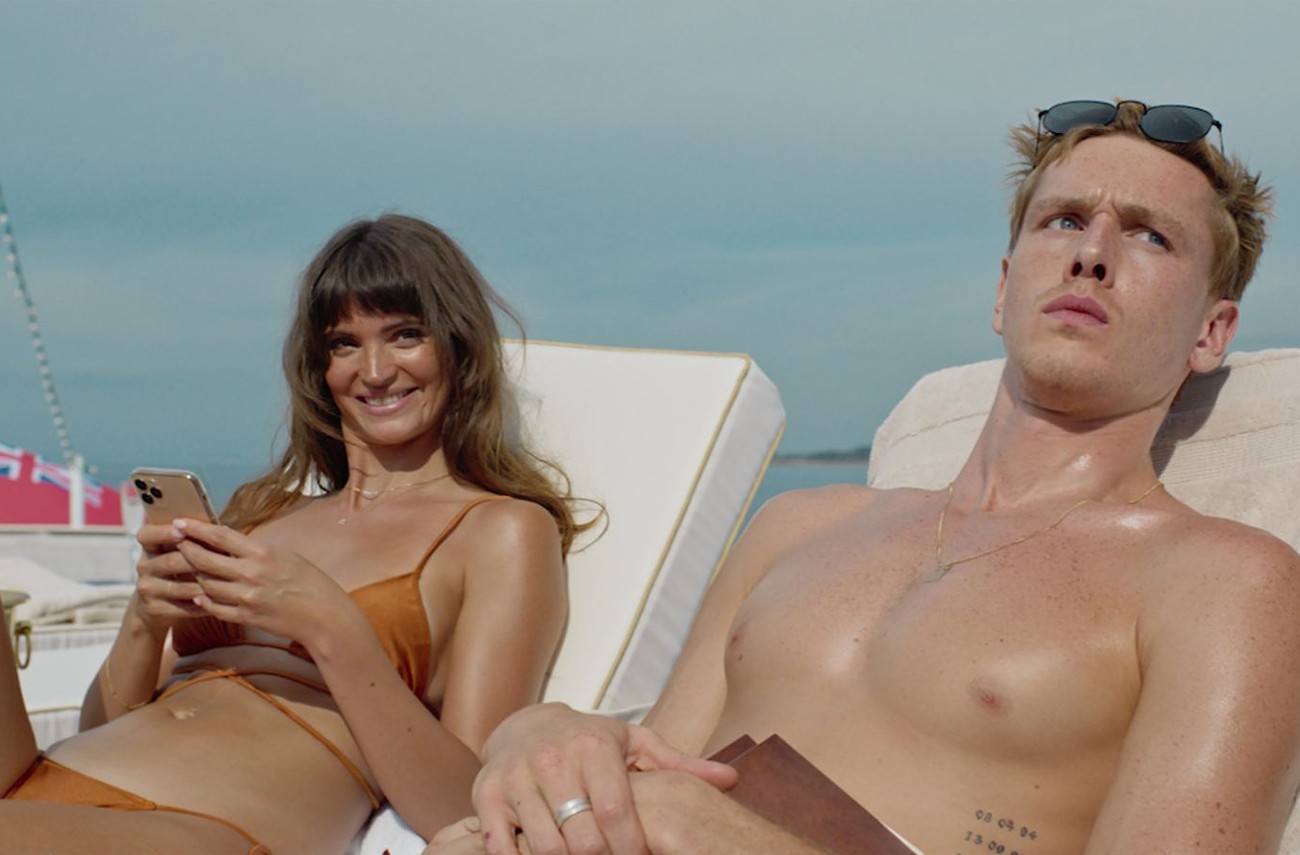 I feel like all of Ruben Östlund's movies feature the same guy, but in different fonts. Courtesy of SIFF

Hey, uh, did you know capitalism is bad? And that social media is destroying our perception of ourselves and our values, uplifting the most craven among us to exalted status? That in this toootttalllyyy fucked up world, the people we should listen to most are... silenced? That at the end of it all, we're just fleshy sacks who—regardless of our backgrounds—are just, like, gReEdY?

Swedish director Ruben Östlund's Triangle of Sadness gives off the vibes of some guy at a party who just pieced together that suffering is a REAL THING, with no other interesting observations to add to the conversation. The film is the kind of self-congratulatory, reductive, insipid class satire seemingly made for a specific set of educated Europeans—so of course it won Palme d'Or at Cannes earlier this year. While there are genuinely fun moments—Dolly de Leon, you're a star—this two-and-a-half-hour film is a slog.

Split into three acts, the film first introduces us to model Carl (Harris Dickinson) and his girlfriend Yaya (the late Charlbi Dean), also a model and successful influencer. We meet them at a particularly low point during a squabble over who should pay for a dinner bill, and Carl weaponizes his misunderstanding of feminism to force Yaya into covering expenses for the both of them. Östlund constructs both of the characters as a kind of rotted, uncultured aspiring class strivers with all the insight of a man who doesn't believe in Instagram and is constantly berating you about it.

In the second act, we then follow Carl and Yaya on a super luxurious yacht stuffed with extremely wealthy old people who've made their fortunes off the dregs of society—shit, ammunition, apps no one understands. We meet Russian oligarch Dimitry (an excellent Zlatko Burić), the lonely billionaire Jarmo (Henrik Dorsin), and Therese (Iris Berben), who suffered a stroke and can only speak one sentence. Ferrying requests between the uber-rich and the rest of the (mostly brown) cleaning staff is the plucky Paula (Vicki Berlin), juiced off her proximity to the upper class. Charting the ship is the Captain (Woody Harrelson), an American Marxist who locks himself away with tons of booze in his cabin out of shame.

These characters coalesce in the film's best sequence during a captain's dinner that immediately goes awry as the rich suffer from an insane bought of seasickness. Puke and poop fly out of every crevice (SIFF jokingly has Triangle of Sadness-branded barf bags if you feel you need one)—and somehow this silly scene is Östlund's sharpest and most gratifying. Sometimes, nothing hits like wealthy people in pain. Unfortunately, you will be subjected to rudimentary and drunken musings on capitalism versus communism from the Captain and Dimitry, the only two characters who seem to not be rattled by the ship's dizzying sway.

While I don't want to spoil the film's final act, suffice it to say that a crisis befalls the superyacht and several characters find themselves marooned Gilligan's Island-style on a deserted island. A different sort of hierarchy emerges when former yacht toilet cleaner Abigail finds herself on the top of the food chain in a scene-stealing performance by Dolly de Leon.

Ultimately, de Leon is not enough to save this overpraised satire that somehow is at its best during its most outrageous and disgusting moments. Despite Triangle of Sadness ostensibly aligning itself with the characters most screwed over by the wealthy, the irony lies in the fact it settles for obvious, safe critiques that any dolt with a superyacht and a penchant for arthouse cinema will also find funny. Yuck.

Triangle of Sadness is currently screening at SIFF Uptown through Oct 27.