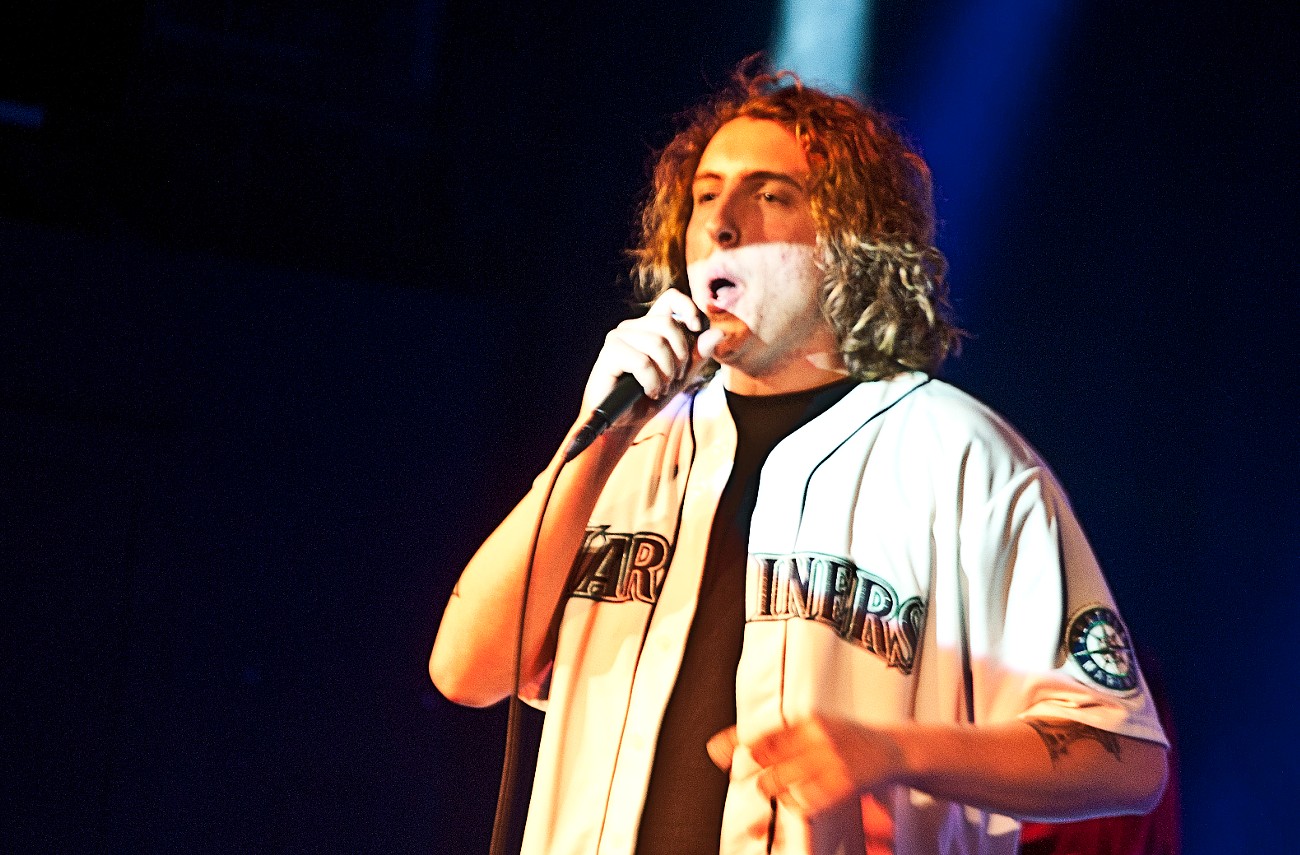 It has been a little over a year since I last talked with Andrew Callaghan. It was July of 2021 and it had only been a few short months following a contract dispute that left him no longer in control of his original YouTube channel All Gas No Brakes. He had recently launched a new channel, simply titled Channel 5, picking right back up where he left off by hitting the streets in his oversized tan suit with microphone in hand.

He has since sold off the suit (donating the money to the Minnesota Freedom Fund) and taken to using a smaller microphone, but even without his trademark props, he's further honed his unique style of documentary filmmaking in the midst of a flurry of travel that has kept him busier than ever.

He was at QAnon's "For God & Country Patriot Roundup" in Dallas, where he ran into conspiracy theorist Michael Flynn. He shadowed the right-wing the People’s Convoy on their journey from New Mexico to Washington DC, and he's gone to the city of Lviv in Ukraine to talk to the people in the early stages of the ongoing war.

Though you wouldn’t know any of that seeing him waiting outside the Crocodile this past Saturday before he was set to hold one of two Channel 5 live shows that night. Sporting a Mariners jersey, he seemed just like a local, to the point where I didn’t initially recognize him before he called me over. This makes sense considering that the 25-year-old Callaghan is indeed from Seattle, having first cut his teeth covering Occupy Seattle demonstrations in 2011, talking to Juggalos at Westlake Center, and exploring the city’s Silk Road connection as a high schooler. After he attended college in New Orleans, he took to traveling into all the strange and chaotic corners of the country. He has been back several times since, but this weekend served as a true homecoming for the local kid-turned-internet icon.

His performance was weird, anarchic, and more than a bit cringy, but everyone in the packed house at the Crocodile would have expected nothing less. There were video presentations—displaying everything from political unrest to unrestrained urination—a new cartoon, commentary, plus a brief closing interview with Callaghan and his small team moderated by Casey Carter.

The centerpiece to all this was a first look at This Place Rules, a documentary project about the January 6 riots. Produced by A24, who bought the team a new RV, This Place Rules is Callaghan operating on one of his bigger canvases, in terms of scope, while also maintaining his same interest in the various spectacles to be found in society. Rather cheekily, it opens with a rapid-fire breakdown of a feud between two Instagram celebrities that he then explains is as good an introduction as any to leap off into understanding our present political moment. This is captured via his typical on-the-ground coverage of protests with the looming knowledge that it is all building up to what was an attempt to violently stop an election certification at the United States Capitol not even a year ago.

Callaghan also revealed that the film will be premiering on HBO Max on December 30, just in time to get a hit of holiday cheer crossed with existential dread about the direction of the country.

Even with his interest in documenting the rise of modern-day fascism, Callaghan is just as curious about exploring more niche subcultures that often can’t be released on YouTube. In particular, the aforementioned urination stemmed from when he and his co-host Sidam went to the Folsom Street Fair. It came complete with introductory text warning of impending graphic nudity as well as the exchange of body fluids, which it delivered on, though with an addendum about the importance of not kink-shaming any of those they filmed.

The Crocodile has been home to many shows since its grand reopening, but it is hard to imagine that they’ve ever played host to anything quite like this. In a time when local venues and artists are struggling, getting creative with what kinds of shows are hosted may be part of the equation. At the very least, this fever dream of an experience that was like watching television about life on Earth made by aliens was worth taking the plunge for.

As it all came to a close, the passion that Callaghan has for continuing to explore the world in such a frank manner proved to be contagious. Even as that will require him going back out once more, for just one night at the Crocodile, this roaming man who's constantly exploring the madness of the world was home.

Tags: Film/TV
The Stranger depends on your continuing support to provide articles like this one. In return, we pledge our ongoing commitment to truthful, progressive journalism and serving our community. So if you’re able, please consider a small recurring contribution. Thank you—you are appreciated!
CONTRIBUTE NOW

These Missing Movies Are Unstreamable