The Real Late-Night Food Scene in Seattle—and Its Challenges 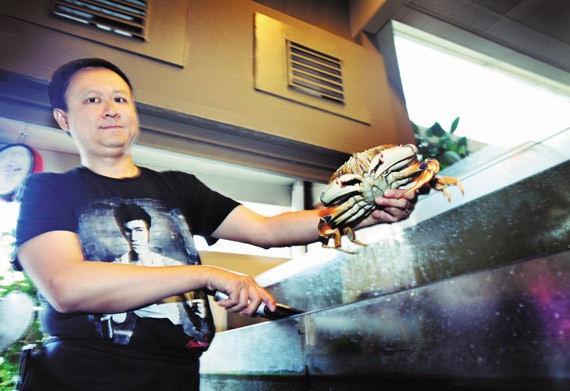 A rock band sits at the bar as three guys—one wearing a fur coat and no shirt—are kicked out. Then the assistant chief of the Seattle Police Department and his son walk in for breakfast. According to Dave Meinert, this is the type of crowd that comes into his 5 Point Cafe (415 Cedar St), one of Seattle's few 24-hour restaurants.

While people may complain about the lack of late-night food options in Seattle, the reality is that restaurants serving food past 2 a.m. exist within a 10-minute cab ride of nearly every major neighborhood, and include everything from 12-course Cantonese seafood banquets to 12-egg omelets, full steak dinners, and fully loaded carne asada french fries.

After you've been drinking, you don't usually want to go far from home. Meinert cites this as one of the challenges in reminding people that late-night food exists. "There are places," he says, but finding them depends on where you live—or where you're drinking.

Despite their reputations as bar neighborhoods, neither Pioneer Square nor Belltown offers much beyond hot dog carts. In the former, look for Mediterranean Mix (205 First Ave S, 4 a.m. Monday through Wednesday, 24-hours Thursday through Sunday), and in the latter, the Lucky Diner (2630 First Ave S, 24-hours on weekends) and the 5 Point Cafe (always 24-hours).

The rest of Seattle is hit or miss. Green Lake has the perennial go-to of Beth's (7311 Aurora Ave N) for round-the-clock gluttonous diner food, while nearby Greenwood just gained a 24-hour spot in the North Star Diner (8580 Greenwood Ave N).

Just across the city line, in White Center, Roxy's Restaurant (inside Roxbury Lanes, 2823 SW Roxbury St) serves what some call the best wings around, until 6 a.m. every day, while Randy's (10016 E Marginal Way S) keeps Tukwila moving all night.

Despite the many late-night dining options in Seattle, it's not easy to stay open all night. Meinert points to Georgetown's Square Knot and Belltown's Lucky Diner as examples of places that opened with the promise of 24-hour dining and then had to scale back hours. In August, Belltown also lost the late-night hours of Biscuit Bitch, as it decided to focus on brunch.

Meinert says staffing is the biggest challenge in keeping a restaurant open all night: finding great cooks, dishwashers, and servers who want to work from 2 to 6 a.m. They have to be capable of handling the high volume of the post-bar rush until 2:30, and then deal with the slow hours through the night.

Not to mention the people they're dealing with: "You get a lot of freaks," Meinert says, as well as people who, in their drunkenness, have lost all track of time. "They think they've been waiting an hour and it's been five minutes. So they Yelp." A late-night worker at Fremont's Pel'Meni Dumpling Tzar expressed concern with customers who come in and stay far longer—passing out at a table after too much to drink.

Rikard, of Off the Rez, had less of a challenge staffing, since her truck used the same employees as during their usual weekday (daytime) service, though she admitted it could be tough for the crew to make the changeover on weekends. Since her crowds would peter out by about 2:45 and they closed at 3 a.m., she had less of the dead-hour issue, though the drunks still had an effect: Staff learned to be vigilant about people coming from the bars who thought, at that point in the night, the truck looked like the closest thing to a toilet. But mostly she felt that the customers were fun and it was a good way to reach new people—not just the usual weekly crowd at a specific office building.

Still, they've switched to all daytime hours since they lost their location, and Rikard suggests that the city could do more to help them—and other trucks—find late-night spots. "We have a symbiotic relationship with bars," she says, pointing out that most bars don't serve real food late, if at all. She thinks the city could improve the late-night food scene by waiving its rule about how close trucks can park to restaurants and bars during certain hours.

Meinert has a few other suggestions, starting with better late-night bus service, but ending with a much bigger issue facing the city. He points out that the 5 Point, like so many of the local 24-hour joints, is in a one-story building in a rapidly developing neighborhood. He worries that without intervention from the city, it could face the same fate as the Denny's in Ballard and the nearby Hurricane. "We're talking about rent control and people being displaced from their homes. But we're not talking about what happens to the business and its clientele when a successful, profitable small business is displaced by a developer. It displaces families, culture, and obviously jobs."

He doesn't seem to place much hope that the city will do anything about it, but when it comes to reasons why there aren't more late-night restaurants, he doesn't let the citizens of Seattle off the hook either. "If you want something to be open at 4 a.m., go to it at 4 a.m." He calls it "typical Seattle" to complain about hours but not really want to do anything. "It's like when an old place closes and someone says, 'Oh, I loved that place. I haven't been in five years.' Well, how much did you really love it?"

Comments 11
Tags: Food & Drink Pullout The Sauce
The Stranger depends on your continuing support to provide articles like this one. In return, we pledge our ongoing commitment to truthful, progressive journalism and serving our community. So if you’re able, please consider a small recurring contribution. Thank you—you are appreciated!
CONTRIBUTE NOW 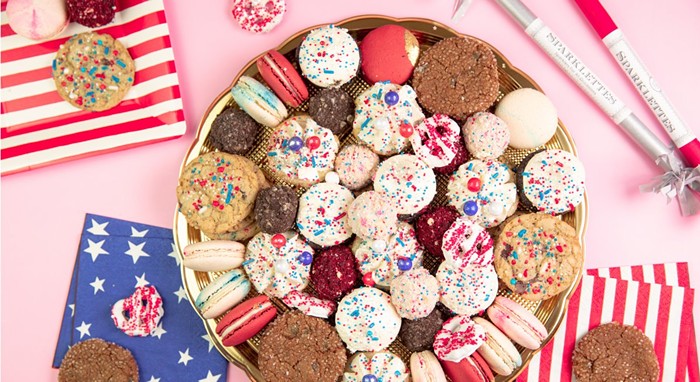 A Lick of Scents

Off Alley Is Supremely Good. It Will Remind You What It Means to Love a City