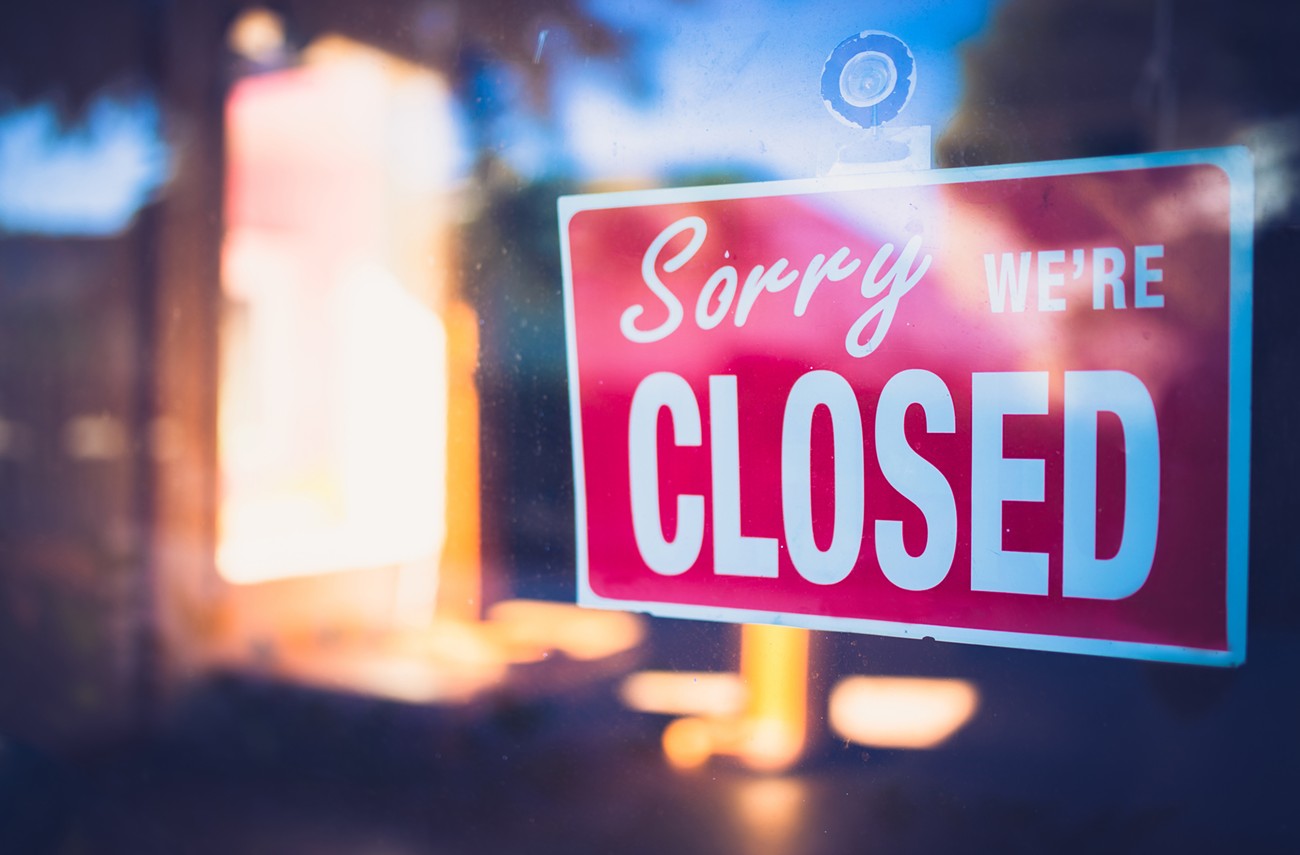 Forget Taneda: Since late 2021, it's been nearly impossible to reserve a spot at the Splintered Wand, Ballard Avenue’s wackity wizard-themed destination restaurant, where tables were always booked out months in advance.

But despite the hype, the Wand—which always steadfastly denied any affiliation with the Harry Potter franchise—abruptly closed on Wednesday night, offering apologies but no explanation. The announcement posted on the business’ Instagram account on January 4 read:

“It is with great sadness that the Splintered Wand will be closing its doors effective immediately. All reservations now and in the future have been canceled. We are deeply sorry for those who were unable to experience the magic with us, and are grateful for the support we've received over the year we've been open. Stay magical, Ballard - we will miss you.”

Jeffrey Pounds and Andrea Zinsmeyer-Wiser—a supposed brother-and-sister-in-law team who professionally go by the wizardly aliases Geoffrey Thaddeus Constantine Balch and Andrea Ravnholm—acquired the space in 2018 for $2.4 million, but it took them three years and change to even open the Wand's doors, dogged by construction- and COVID-related setbacks.

The owners may be staying mum on the reasons for calling it quits after only about a year—they did not respond to multiple requests for comment—but over on Reddit, in r/seattle, the gossip's flying. Several Reddit users claiming to be former employees have popped up to report bad management, difficulty retaining staff due to shoddy treatment, and loss of funding, among other possible reasons for the closure.

The Stranger spoke to multiple former employees of the Splintered Wand, all of whom refer to Pounds as the restaurant’s singular owner. Though we've confirmed their identities and employment statuses, they’ve all asked to remain anonymous for fear of retaliation or harassment.

The first ex-employee, who says they worked at the restaurant for more than a year, affirmed "all" the gossip on the Reddit posts. And, as far as they know, the closure was not announced to staff.

“The place was on the verge of closing for months,” this person told The Stranger in an email. “The restaurant was never profitable regardless of how busy/booked out we were. The owners had a big falling out.” They added that Zinsmeyer-Wiser had pulled out of the wizard biz in late 2022 and was no longer involved with the restaurant at all when it closed, although records confirm she still owns the building at 5135 Ballard Avenue NW.

The second former employee also said the staff never received notice of the restaurant’s closure from either the general manager or the owner. “Also,” they added, “[Friday, January 6] was our payday, and I was notified by a coworker that the owner will not be paying us. He doesn’t have the money, apparently.”

Another former employee, who said they had not personally spoken with Pounds since the closure, said they were told that he had called some members of the staff to say that he’d be able to pay them after a “mediation” with Zinsmeyer-Wiser, which is scheduled for January 19. At press time, all employees who The Stranger contacted confirmed that their paychecks were still outstanding and that Pounds has not personally confirmed a date when they could expect payment.

As for reasons for the closure, some former staff members have some ideas. One past worker called its demise “inevitable,” saying, “Our kitchen crew walked out with no notice on December 1. The head chef left a few days prior to that (she did give her two weeks).”

They added, “For the past month we had our dishwasher, the GM, the owner, and someone who was fired previously cooking in the kitchen. They did not put out any job listings for kitchen positions until a few days before the closure. The first priority should have been hiring kitchen staff and a chef. Things went downhill quickly from there. Five out of seven servers put in their notices. They still didn’t hire any kitchen crew. … We all had theories that [Pounds] didn’t have any money, and that’s why we stayed open even without a kitchen staff. We didn’t know it was so bad that he would be withholding pay from us."

This place was maaaaassively popular and a total Instagram darling—throughout the Splintered Wand's existence, patrons regularly traveled from afar to eat magickal D&D food (including blackened cockatrice legs and deviled harpy eggs!!) and to get their sorcerer selfies. It was the 'It Girl' of kids’ birthday party venues for all the Ballard Moms as well. So … sorry if you’re one of those people. Even more sorry if you’re one of these former employees.

And R.I.P., goofy theme park restaurant. It’s rough out there. Your bathrooms were genuinely cool, and I hope we see that giant mythical sea creature skeleton hanging over a shitty local dive bar's stage someday.

This story has been updated since its original publication to clarify that we have not confirmed that the owners of the Splintered Wand are in-laws.