But There Is a Silver(ish) Lining to the Bummer News 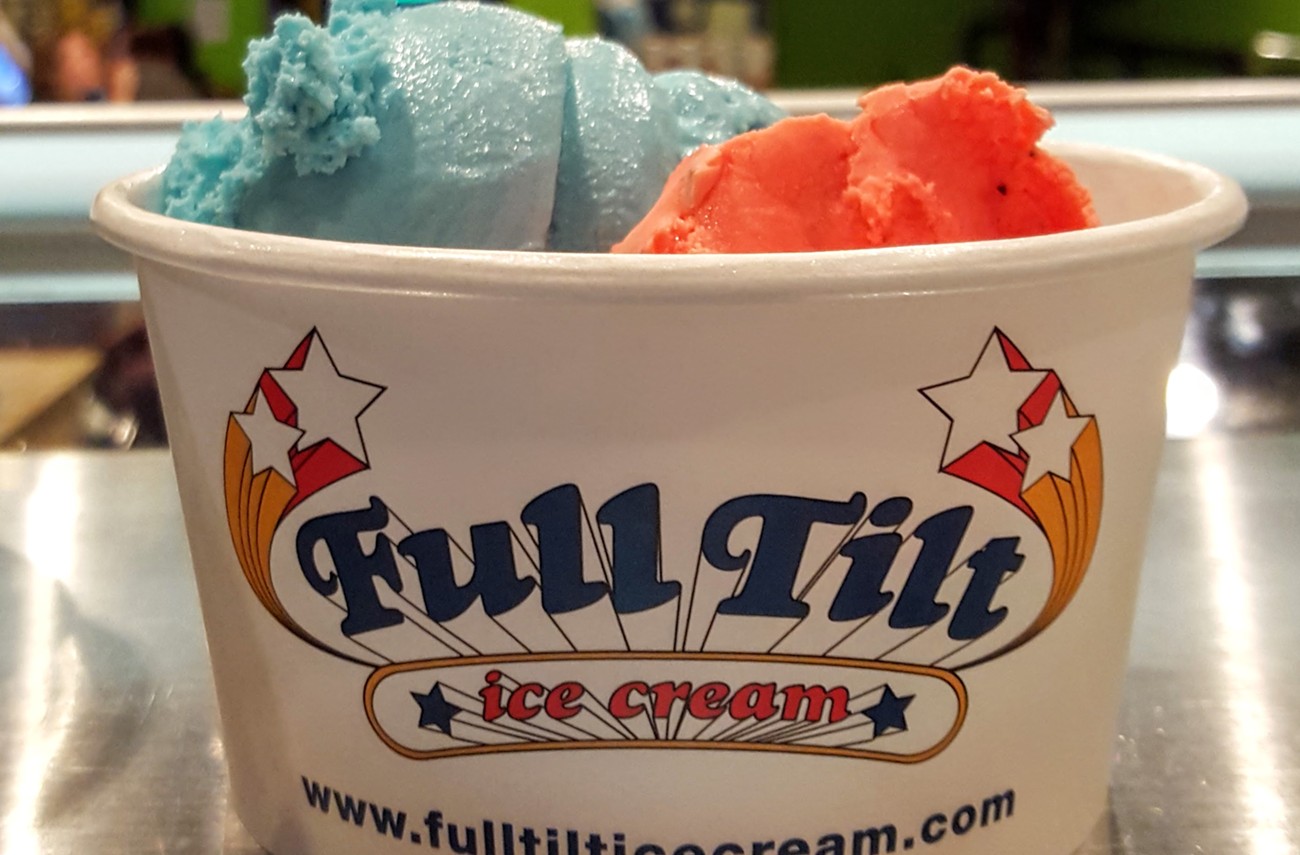 I took this picture in 2015 and have never and will never delete it because the scoops of Blue Moon and Party Dude (cherry ice cream with Froot Loops, marshmallow, and Oreo) were so good I don't ever want to forget them. MS

Earlier this week, as mentioned in Slog AM on Tuesday, the owners of Full Tilt Ice Cream announced they're closing their Ballard location after their landlord decided not to renew their lease.

Your last chance to play pinball and eat ice cream at the Leary Avenue shop is January 29.

Co-owner Justin Cline told The Stranger that he and his business partner Ann Magyar were somewhat surprised by the landlord's decision—they were given 30 days notice—but, he adds, "The landlords aren't monsters."

"During the pandemic, there was a long stretch that we just could not pay rent," he said. "And they were like, 'We'll just figure it out when everything gets going again.' And it just never got going again, you know? Our peak of summer was lower than our winter pre-pandemic because people weren't going out. And I get it, people were nervous, especially if you have kids, and that's what we need. Our business model can't really do to-go. It helps, but we need people in there, having fun and playing games."

Full Tilt has been in Ballard for 12 years—their Columbia City location opened in 2009 and the White Center shop opened in 2008—and Cline said the neighborhood has changed enough to impact business, too.

"Columbia City and White Center bounced back pretty well, but it's still not to the level that we were pre-pandemic. I think White Center and Columbia City has a more stable population. Ballard's pretty transient—I don't mean homelessness, I mean people and students move there for a few months or a year and then they leave. It isn't a bad thing, they just don't know us as well."

Cline hopes to retain as many Ballard employees as possible with positions at the other Full Tilt locations, and the shop may not be without a third location for too long, as "other landlords have reached out to us with a variety of spaces."

"But even if we found the perfect spot that we could just move into, with permits and everything it's still a couple months before we could reopen," he adds. "And the likelihood of finding the perfect spot, like, everything's gonna need a buildout."

Despite the unexpected bump in the rocky road (lol get it), Cline's excited about Full Tilt's future plans. They partnered with Marymoore Live to make nostalgic ice cream treats for summer concertgoers, their pint sales in local grocery stores remain steady, and this weekend they're introducing two new flavors for Lunar New Year, a brown sugar mochi flavor (with brown sugar mochi bobas from Hawaii!) and a red bean almond cookie ice cream.

Cline has seen the outpouring of support on social media, too—he laughed when he said he received hundreds of emails from Full Tilt fans begging them to open a new spot in their neighborhood. Right now he's focused on ensuring the staff is taken care of.

When asked if there was anything Full Tilt fans could do he said, "Yeah. It'd be great if they went [to the Ballard store] and tipped the employees really well."

Comments 2
Tags: Food & Drink
The Stranger depends on your continuing support to provide articles like this one. In return, we pledge our ongoing commitment to truthful, progressive journalism and serving our community. So if you’re able, please consider a small recurring contribution. Thank you—you are appreciated!
CONTRIBUTE NOW

Our 20 Favorite Coffee Shops in Seattle