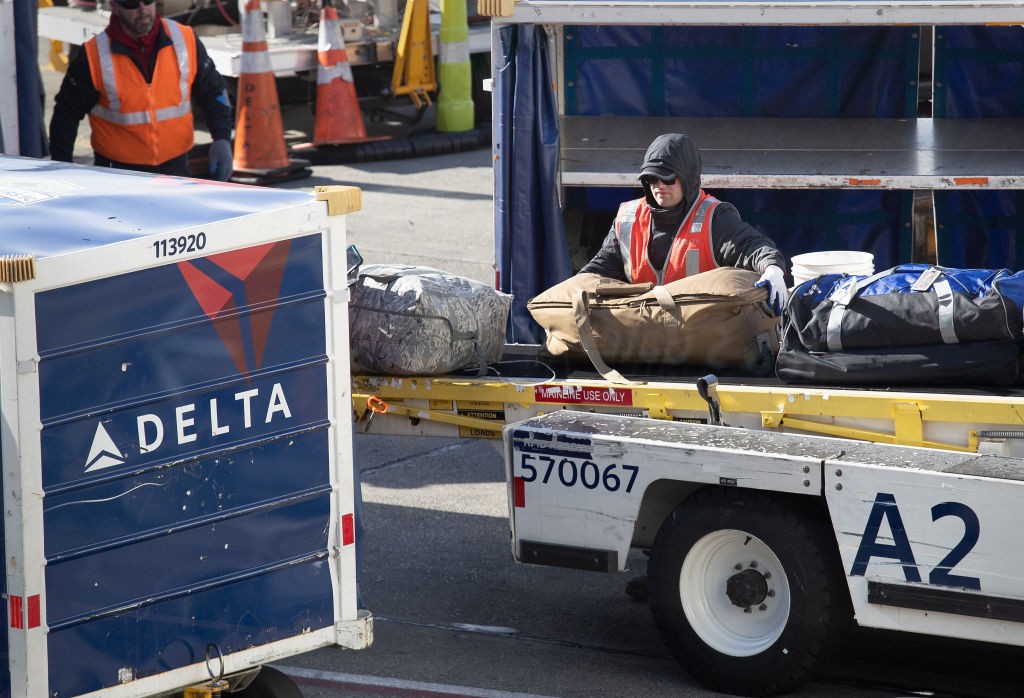 As the rest of our air travel system moves forward with the pandemic, we cannot let airport workers go backwards by returning to the same insufficient pay, benefits, and workplace conditions. John Moore / GETTY

It’s no secret that airlines and airports have been hit particularly hard by the COVID-19 pandemic–during the early days of the pandemic the overall volume of travel plummeted, and once the vaccines made travel safe again, videos of unruly passengers mistreating gate agents and flight attendants quickly surfaced. We’ve all heard about these horror stories, or seen one of these viral videos, but there’s one group whose stories have largely gone untold: the service workers who keep our airports functioning, clean, and safe.

These essential workers—such as baggage handlers, cleaners, and food service providers—have been on the frontlines of the pandemic, risking their health and safety, while at the same time grappling with mass layoffs, reduced hours, and inadequate pay and health care benefits.

In 2013, workers at Sea-Tac airport were instrumental in raising the minimum wage in Sea-Tac to $15, the first municipality in the country to do so. But a lot has changed since 2013, especially here in the Puget Sound region. Housing costs have skyrocketed, making it increasingly difficult for hardworking Washingtonians to pay rent or buy a home. From 2011 to 2021, residential home prices increased by 249% in King County and 258% in Pierce County. People in our communities, like Sea-Tac airport service workers, need increased pay and expanded benefits to be able to keep up.

Housing affordability is a crisis, and we must treat it as such. That requires action at the federal level, like passing legislation to provide historic investments for rental assistance, public housing, and federal housing programs. But we also need to pressure large businesses to pay their workforce fairly, so that workers can do more than just barely get by, living paycheck to paycheck. Hard working Americans should be able to afford their basic necessities like housing, health care, and education, plain and simple.

That’s where the power of unionization comes in.

Growing up, my dad—a union baggage handler at Sea-Tac airport—took me to union meetings where I learned about the power of solidarity and collective bargaining. Those same principles are what allowed the folks at Sea-Tac airport to successfully secure the $15 minimum wage in the surrounding area. As the son of a union member, I know firsthand how important strong unions are for workers and their families. That’s why I will always champion the right to unionize and collectively bargain. It’s also why I have worked hard to help unions in our region achieve their aims for their workers–and why I will continue to do so.

To that end, I recently endorsed the Good Jobs for Good Airports Act, introduced by Senator Edward J. Markey and Representative Jesús G. “Chuy” García, a bill endorsed by SEIU Local 6, a local union made up of workers in Washington state that includes airport workers at Sea-Tac. This legislation would put guardrails in place to help ensure airport workers receive the pay and benefits they deserve.

A few decades ago, a baggage handler at Sea-Tac airport like my father made a living wage that could afford to buy a home in the area. Wages and housing prices today make that nearly impossible. That needs to change. The Good Jobs for Good Airports Act would require that airport service workers are paid the prevailing wage and benefits as established by the Department of Labor. Each and every airport worker contributes to making our airports run smoothly and they all deserve good pay and benefits.

As travel is increasing and airlines are getting back to business as usual, airports across the country are returning to pre-pandemic levels of traffic. But as the rest of our air travel system moves forward, we cannot let airport workers go backwards by returning to the same insufficient pay, benefits, and workplace conditions.

The past few years have exacerbated and exposed the unfair pay and benefits that airport workers receive. That’s why I’ve endorsed the Good Jobs for Good Airports Act, and that’s why I will continue my work in Congress to safeguard and expand workers’ rights in the 9th District and across the country.

Comments 4
Tags: Guest Rant
The Stranger depends on your continuing support to provide articles like this one. In return, we pledge our ongoing commitment to truthful, progressive journalism and serving our community. So if you’re able, please consider a small recurring contribution. Thank you—you are appreciated!
CONTRIBUTE NOW