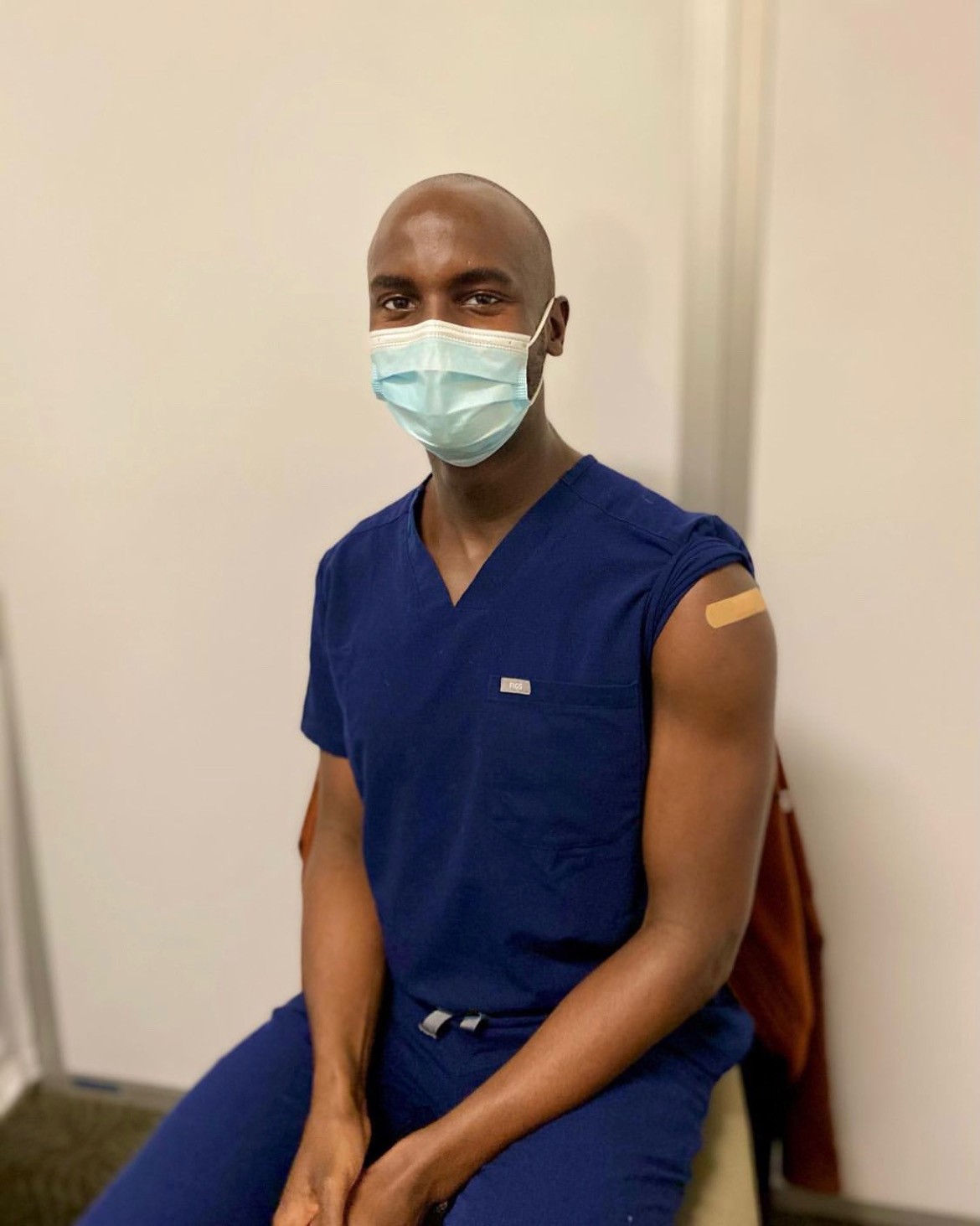 The wave of monkeypox (also known as MPV) infections hasn’t completely subsided, but transmission levels are starting to drop after a surge in cases over the summer. That’s thanks to a concerted effort by health officials, health care providers, and LGBTQ+ leaders who saw that their community was bearing the brunt of infection and took immediate action. If cases continue to decline, soon we’ll have one fewer viral outbreak to worry about.

So how was the MPV-prevention effort, largely led by queer people, so successful even as the country continued to struggle with COVID? Well, it’s instructive to look at what worked. Case in point: The online outreach conducted over the summer by Seattle doctor Oviea Akpotaire, who was surprised to find himself in the position of educating the public via Instagram and Grindr.

Dr. Akpotaire never expected to go viral, as it were. “I’m a GI-trained physician,” he says when reached by phone, noting that infectious disease was not his speciality. He started hearing about MPV in June, and by the end of the month members of his friend group were starting to get diagnosed. At the time, information was hard to come by. Misinformation and speculation were plentiful. One thing was certain: Infections could be extremely painful, and people were scared.

Vaccines are now much more widely available, but early in the outbreak they were so limited that King County Public Health only considered the most at-risk members of the population to be eligible.

“The fear and lack of information really spurred me to try to figure out what is going on and how can I protect myself, my partner, my friends,” he says.

As a doctor, Akpotaire was able to consult with colleagues and read scientific literature that his other friends found difficult to sift through. When he heard that some doctors traveled to Vancouver for vaccination, he found himself thinking, “Huh, there’s no information about how to get this done in Seattle … We can’t be the only people wondering about what to do.”

While Americans waited for more doses to arrive, Akpotaire unlocked his formerly private Instagram account to provide public guidance. His posts about heading to Vancouver to get vaccinated attracted numerous other questions about vaccine efficacy, dosage, and interactions, so he started reading more literature in order to answer them for as many people as possible.

“I’m not an Insta-famous person,” he says. “I have less than 1,500 followers. I knew my voice could only go so far, but it was also important to get as many people vaccinated as possible.”

He turned screenshots of his Instagram outreach into profile pics on Grindr, and used the app’s “boost” feature to increase their visibility. For $10 per hour, he could ensure that his MPV images were visible to a wider range of users, which he estimates resulted in 400 views and nearly 200 one-on-one conversations.

That outreach also attracted the attention of other health care professionals, who started collaborating on a database (and then a website) where patients can look up their closest vaccination location.

While Akpotaire and his colleagues worked on connecting patients with clinics, more information became available about the outbreak:

But a few gaps in knowledge remain. In particular, there’s a lack of data regarding possible interactions between MPV and COVID vaccines. The CDC recommends that vaccinations should not be delayed during an outbreak, but otherwise patients may want to wait four weeks between vaccinations just to be safe.

At any rate, Akpotaire is now fielding fewer questions than when infections were at their highest, and he plans to dive deeper into infectious-disease research—after taking a vacation.

“I had very different summer plans,” he says. “I was planning to travel and not have a care in the world, and then monkeypox got in the way of that.”

But, he’s quick to add, doing this work was urgent. As MPV cases rose, he felt echoes of both the COVID and HIV epidemics, and he was happy to take on the role of educator if it meant stopping another virus from spreading. “It hit so close to home,” he says. “This is important.”

If you want to get vaccinated for MPV in King County, consult the Department of Health's website or visit the Sea Mar Clinic's site.

For Some, Traveling to Canada for Monkeypox Vaccines Is "Reasonable," Says King County Health Official