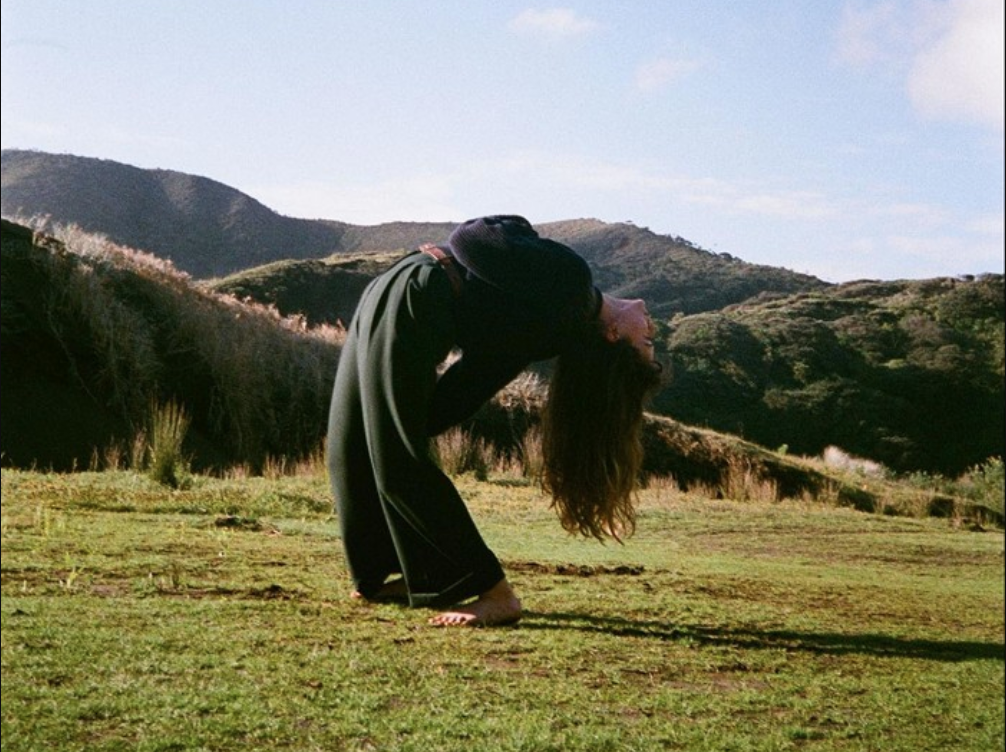 The world's chockablock with singer-songwriter solo artists, so it takes a lot of distinctive skill to stand out. Christchurch, New Zealand violinist/vocalist Motte (aka Anita Clark) succeeds in that regard with her second album, Cold + Liquid, out August 12. The follow-up to her 2017 debut, Strange Dreams, Cold + Liquid is a drone-pop magnum opus of exquisite beauty and succulent tension. Like a Kiwi Hope Sandoval, Motte sings in a dignified, dulcet timbre, exuding an appealing vulnerability. Her songs are minimalist yet suggest vast expanses of natural wonder; in the press notes, Motte says that the album is informed by the topographical splendor of New Zealand's south island. Heard in this context, these evocative songs could form the foundation of an enticing ad campaign for the country's tourism industry.

Clark's ties to the classical music and modern dance worlds, as well as to myriad New Zealand rock and folk artists, proves that she can move adeptly between accessible and experimental approaches. Yet as pleasurable and soothing as Motte's voice is on the more conventional, song-based material, Cold + Liquid soars highest on its instrumentals. “Andromeda” slowly revolves around a morose violin motif and the plangent plucks of a Pūrerehua puoro, a traditional Māori instrument that sounds similar to a kalimba. “Gargantuan” lives up to its title with monstrous low frequencies from a Korg Volca growling beneath wailing violin arpeggios.

The album's peak—paradoxically, from a linguistic standpoint—is “Plateau.” It evokes an ineffable ambiguity thanks to Motte's violin ululations, which elegantly fluctuate between elation and deflation. The piece gets increasingly strafed with piquant squeaks from Ben Woods's bowed guitar as the song progresses, and then those ill Korg bass tones slide into the frame, adding brilliant contrast to the violin's high-end pathos. “Plateau” is one of the year's greatest tracks.

Some bands keep a profile so low that you can go years without thinking about them. One such case is Seattle duo Ononos (vocalist/composer Marcus Wilson and composer/producer Ross Marshall, ex-Cripples), who shocked this long-time fan by releasing a self-titled album earlier this month.

About a decade ago, Ononos seemed poised to become a phenomenon—at least locally. They possessed unique, futuristic lewks, cleverly concealed their identities, and created the sort of seething, streamlined electro-punk tracks that fascinatingly twisted the templates established by Suicide and Six Finger Satellite. Their live shows made deep impressions, but they had scant recorded documents, and their long absence from the stage likely has led to them occupying a kind of phantasmal presence in local music fans' minds. So, it's wonderful, finally, to have a substantial slab of Ononos music to have buzz around one's noggin in a semi-permanent format; the album's available on vinyl—which contains a bonus track—and as a download.

The 10 tracks here continue Ononos' tradition of manifesting kinetic fun out of grim atmospheres and attitudes. “Unhallelujah” is a riveting 72-second ordeal in which discombobulated synth noise and splenetic beats spur Wilson to repeatedly and urgently command, “Do it again!” “Germacidal Ultrableach” simulates the robotic boogie of Seattle legends A Frames through a conflagration of distorted synth chaos and beats that hit like S&M ass-slaps, as Wilson explains how the titular substance makes him bleed. In “Turn to Gold,” Loop-like guitar prisms ripple over dirty disco beats while Wilson sings in a withering, disdainful deadpan that matches the music's stern propulsion and antisocial timbres. “High Rise” pulsates with assembly-line efficiency and is punctuated by hostile fuzz balls of guitar.

Best of all, though, is the six-minute “Bed Peace,” a menacing death-disco stomp with serrated synth edges and wildly pitched keyboard screeches, with Wilson's voice reverbed and anomic, as if he's reciting a horror story in a state of shock. With a ghostly synthetic chorus swelling in the distance, he intones, “It all ends the same.” It's so nice to have Ononos back and bleak again.

Tegan and Sara Can't Slow Down