The Master Had a Creative Plan 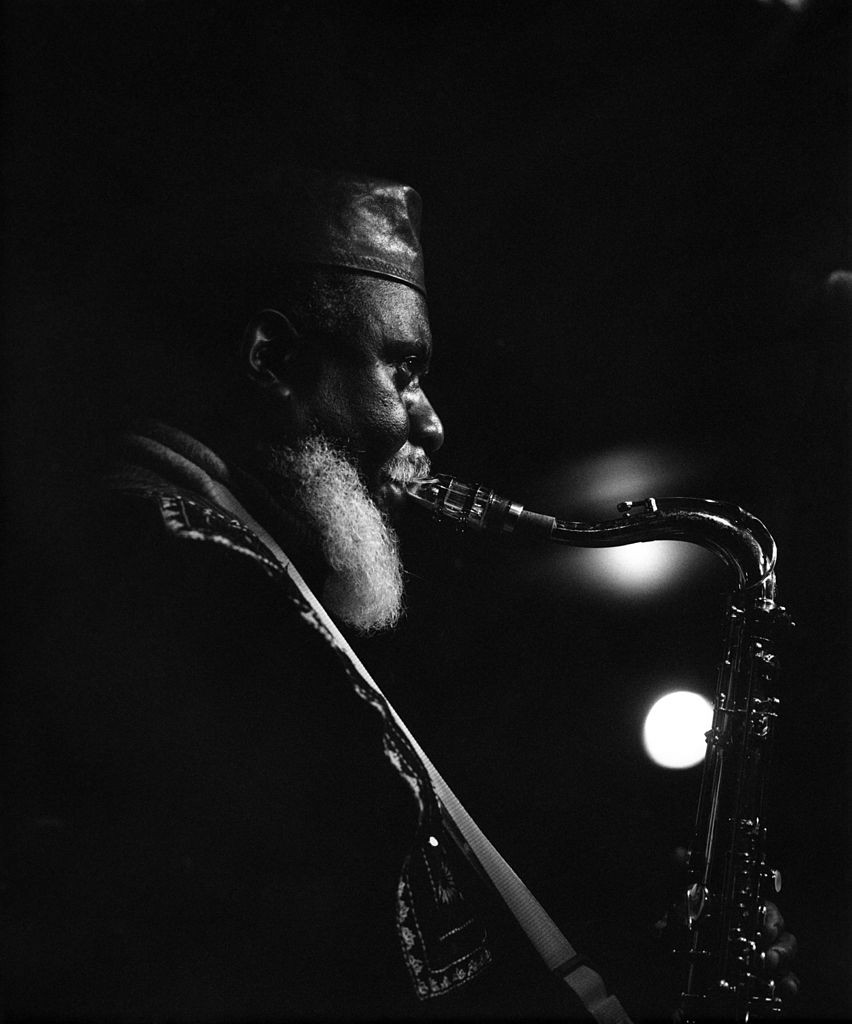 The Creator's Master Plan did not include eternal life for extraordinary jazz saxophonist Pharoah Sanders, who passed away on September 24 at age 81. Amid this sadness, the good news is that said deity's overarching scheme allows for Sanders's music to keep enhancing adventurous music lovers' lives forever.

Sanders's work embraced the extremes of jazz, ranging from apocalyptic noise to utmost tranquility. It united people of myriad races and musical tastes, a phenomenon that one could observe at the man's live performances, of which I caught a couple. Ambient advocates, psych-rock heads, techno and house aficionados, experimental-music nerds, and, of course, jazzers convened to witness the master, who, even at his advanced age, worked his sweet-and-sour magic.

After Miles Davis and Sun Ra, Sanders was the jazz artist who most persuasively converted rock fans into jazz aficionados. Many such listeners became aware of Sanders after reading that Ann Arbor, Michigan, rock gods the Stooges had been influenced by his 1967 album Tauhid. The presence on that record of skronkmeister guitarist Sonny Sharrock certainly didn't hurt Pharoah's chances of crossing over to open-minded hippies.

Sanders famously confessed that he was not a technical wizard on his instrument. Instead, and despite his reputation as a purveyor of fiery and free jazz, he played with an emotional heft and a nuanced melodic grace that surpassed most of his peers. One exemplary moment of how Sanders easily toggled between these modes occurs on the “Aum/Venus/Capricorn Rising” suite on Tauhid. The contrast between its hysterical skree and its swank, curvaceous melody is stunning. Rare for an avant-jazz cat, Sanders could conceive indelible hooks.

Case in point: the centerpiece of 1969 LP Karma, “The Creator Has a Master Plan,” which justly remains Sanders's best-known piece. At nearly 33 minutes, it captures the outermost limits of the saxophonist and his band's abilities, especially that of vocalist Leon Thomas, who most effectively cuts to the existential core when he forgoes words for the greatest yodels ever waxed. The song's lyrics look mundane on the page or on the screen:

But when inflated by Thomas in his ursine baritone and hoarse ululations, they take on the condition of a manifesto or sacred commandment, obliterating cynicism with each blessed syllable and glottal ripple. At its noisiest, “Creator” reifies chaos as a conduit to catharsis and psychic liberation, conjuring the feeling of sliding down a volcano while immersed in torrents of lava. At its most tender and gorgeous (that see-sawing motif paraphrased from Coltrane's “Acknowledgement,” the opening movement of A Love Supreme), “Creator” swaddles and sways you into a state of ultimate comfort and acceptance. (More than once I've used it to ground myself during unruly acid trips.) “Creator” pulverizes your agnostic skepticism and makes you a believer in the titular god—at least during its heavenly and hellish half hour.

Speaking of John Coltrane, Sanders sat in on his October 1965 date at the Penthouse Club for the long-delayed release of A Love Supreme: Live in Seattle, which finally surfaced to critical acclaim in 2021. With Pharoah, Donald Garrett, and Carlos Ward added to the original quartet, this all-time classic detours into wilder realms, gains some new percussive accents and more robust tub-thumping from Elvin Jones, allows more inspired improvising, with Sanders peeling off a manic solo of searing emotional force.

Sanders later cut the Coltrane homage “To John” (off 1974's Love in Us All), which also displays his facility to morph from cataclysmic blowouts to elegant bop moves. Sanders's predilection for artful, histrionic honking peppers his discography, appearing on “Balance” (Izipho Zam), “Hum-Allah-Hum-Allah-Hum-Allah” and “Sun in Aquarius” (Jewels of Thought), extended portions of Black Unity, the latter of which consists of one 38-minute piece, and other tracks.

Pharoah's feral flights of freedom polarized listeners, but his spontaneous impulses always seemed to tap into more inspired timbres and assumed more interesting splatters of tones than most in improv circles. The urge to generate disorienting sheets of noise wasn't random or meaningless, however. Being a Black American in the '60s and '70s, of course, entailed enduring daily oppression and microaggressions, and one way to cope with this chronic pressure and toxicity was to blow to one's lungs' absolute capacity. Sanders's catalog offers an abundance of such thrilling catharsis.

Born in the non-jazz capital of Little Rock, Arkansas, Sanders moved Oakland in the '50s and there began gaining his musical sea legs, playing with jazz and R&B musicians. When he relocated to New York City in 1961, Sanders procured gigs with preeminent boundary-pushers Sun Ra and Don Cherry. After Pharoah eventually formed his own quartet, he came to the attention of John Coltrane, who enlisted Sanders in his own group in 1965. He went on to play on Om, Live in Seattle, Ascension, Kulu Sé Mama, and Meditations. After Coltrane's death, Sanders contributed to his widow Alice's avant-garde classics Journey in Satchidananda and Ptah, the El Daoud. In addition to his many essential albums as a leader, Sanders has served as a sideman for Sonny Sharrock (Ask the Ages), Ornette Coleman (Chappaqua Suite), Larry Young (Lawrence of Newark), Don Cherry (Symphony for Improvisers, Where Is Brooklyn?), and many other greats. A solid policy is to check out any recording with Pharoah's name in the credits, as his indomitable spirit enriches any studio session on which he appears.

After the '70s, Sanders's great ideas and bursts of off-the-cuff genius happened less frequently. But scattered throughout his albums and collabs are several interesting performances. For example, he special guests on Moroccan musician Maleem Mahmoud Ghania's 1994 LP The Trance of Seven Colors, adapting his mellifluous runs to Gnawa's hypnotic compositional structures. One of the more surprising Sanders cameos occurs on British post-everything group 23 Skidoo's 2000 self-titled album, on which he bestowed some of his prettiest playing on two tracks: “Kendang” and “Dawning.”

Sanders's last recording—2021's Promises, with British producer Floating Points and London Symphony Orchestra—ended up being the most commercially successful of his career. He adds subtle coloration to an orchestral ambient epic, his horn blending into the cosmic waft and occasionally soaring out of the twinkling slipstream like an existential wake-up call. The record's a patient journey toward a sublime stillness, perhaps the most apropos closing act for an artist whose music embraced sonic turmoil, the better to make its beauty and peacefulness feel all the more transcendent. The master had a creative plan, and he executed it with magnificent power and poise.