Alexandra Lockhart Shows Off Her Sunny Side on Something Brighter 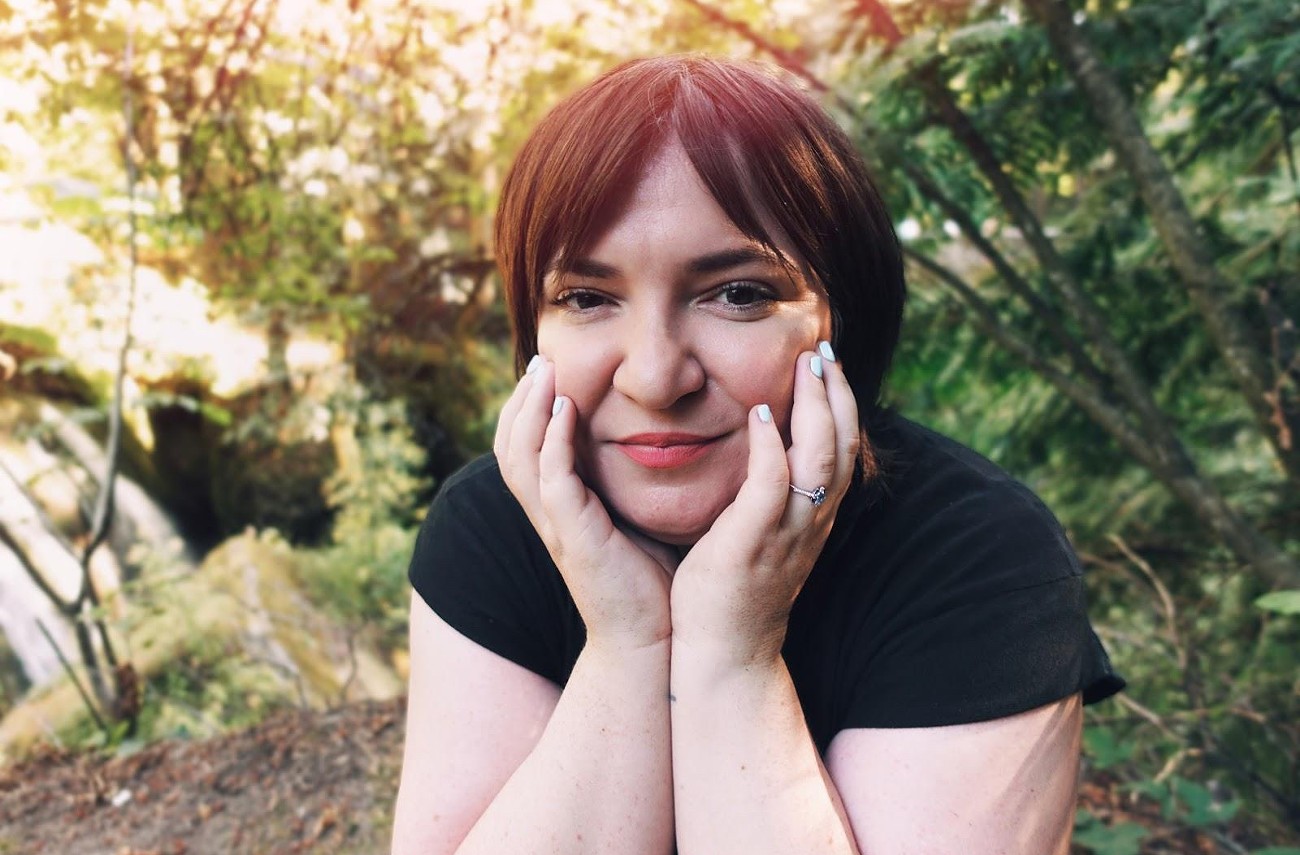 Dancing in the rubble of our quasi-apocalyptic days. Bradley Lockhart

When you read the song titles on Cumulus’ upcoming album, Something Brighter, you may spot something unusual in the year of our Lord 2022—optimism. Titles like “What a Beautiful Thing,” “Sunbeam,” and “Better Kind of Love” read like they were written by a… happy person? If optimists exist in these quasi-apocalyptic days, they are certainly an endangered species, but thanks to Cumulus, they have a brilliant new soundtrack for dancing in the rubble.

For her part, Cumulus front person Alexandra Lockhart, née Niedzialkowski, doesn’t deny the label. “I'm an optimist,” she says from her home in Bellingham. “But I’m an optimist who understands that it's a struggle, you know?”

That bright-eyed, half-hearted nihilism runs through this third Cumulus album, pairing often romantic seeming lyrics with tongue-in-cheek darkness. “I only think about you a couple times a night, I mean, a week, I mean, a month, I mean, a year,” she sings in “Better Kind of Love.” Musically the album is filled with looping melodies and whispery vocals floating above jagged guitars tethered to steely percussion, giving them a heart of at least semi-darkness.

As positive as Lockhart tries to be, the pandemic has had an impact on everyone. “What a Beautiful Thing” sounds like a love song, but reflects on how insane it is to even be alive in such a chaotic time and the nostalgia-fueled “Risky Business Feeling” was sparked by the monotony of life mid-pandemic.

“I was washing the dishes and I started thinking about Tom Cruise dancing in his underwear,” Lockhart says. [Ed note: The horror!] She started reflecting on how being home alone all day used to be the best feeling, but mid-lockdown, being stuck indoors was lonesome and sad and even an idealist battled depression. ”I really just wanted to feel what it would be like to enjoy being in my house again,” she says. “Like what would that feel like to have the kind of joy that Tom Cruise has in Risky Business?”

While the has world changed since Cumulus released their 2018 album Comfort World, prior to 2020’s global upheaval, Lockhart was already in a state of evolution. She was burnt out after touring in support of the album, a tour marred by van troubles and having their gear stolen right before their official South by Southwest showcase. She was creatively spent and frustrated by the realities of the music business. “I started to realize getting into my 30s that it just wasn't going to be sustainable for me,” she says. “I needed to figure out something that could pay the bills, that could allow me to have a foundation, that could give me a life that I could actually grow in. And I just kind of felt like that wasn't going to be in music.”

“I wasn’t choosing defeat,” she explains. “I just kind of decided there's got to be somewhere in the middle.”

So she moved from Seattle to Bellingham, found a new job, got married, and along with that, got a new name. “My last name, Niedzialkowski, is so long. I even have a dance that I do when I'm introducing myself to people if they want to know how to pronounce my name,” she says, demonstrating the move via Zoom. So she is now Lockhart. “It doesn't even need a dance!” she says with a laugh.

With her new digs, new job, and new name, she was finally ready to start making some new music. She started playing around with what she calls “musical typing,” using an audio program like Logic to turn her keyboard into a musical instrument. “I had all these ideas and melodies, but I didn't really want to translate them to guitar,” she says. “So I started kind of just clawing at my musical keyboard and making really rough demos and then I sent those to [bandmate] William [Cremin].” Those outlines slowly solidified and were then sent to Andrew Vait, who jumped in to help arrange and produce them. The musical ideas were passed back and forth and soon they were fully realized songs. Lockhart and Vait headed to Chris Walla’s Hall of Justice recording studio in Seattle and laid down drums and vocals. “And that's how the record came about,” Lockhart says.

The end result is an album that is reflective, self-conscious, beautiful, and, yes, optimistic. “Being alive is fucking complicated,” Lockhart says. “But music makes me feel like an optimist. I think that at the end of the day, it's just a really beautiful thing to be able to make something from nothing.”

Something Brighter is out Fri Oct 21 on Share It Music. The album release party is Fri Oct 21 at Fremont Abbey Arts Center with Byung, 7 pm, $15/$20, all ages.

The Master Had a Creative Plan