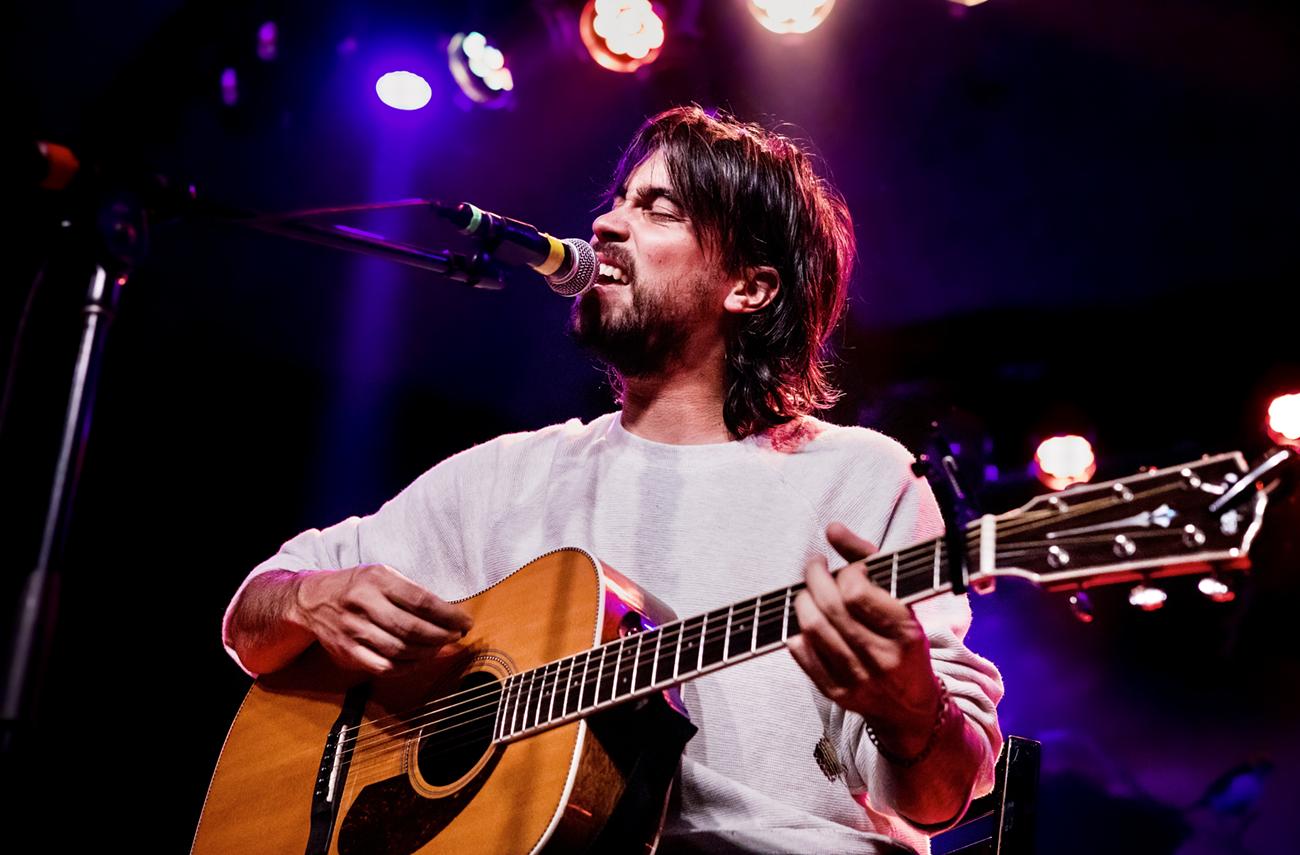 On an unseasonably warm October evening, Alex G took to the Showbox stage and sang his pulpy poetic tunes to a packed house. But instead of a rock show with energetic guitar solos or enthusiastic rump-shaking, the night took a much more intimate turn. "tonight's show in seattle won't have drums but we don't want to cancel so it'll be a special set," Alex G—real name Alex Giannascoli—posted on his Instagram story last night, hours before shuffling on to the stage with just his acoustic guitar. "thanks."

Rather than being disappointed by this last-minute change-up, many Alex G acolytes I encountered were actually delighted at this one-time-only performance from the indie rocker. Part of the lore around Giannascoli involves his prolific and idiosyncratic discography, which is rife with unofficial and hardly-ever-performed DIY tracks. A chance to see an Alex G show that diverges from what other tour stops get to see is considered lucky.

"This is a great show to go to," an Alex G fan raved upon hearing it was my first time seeing the singer live as we waited in line to enter the venue. I felt blessed.

As a casual listener, it was hard not to feel swept up in the emotion of the night among my friends who have been devoted fans for most of their adult lives. A palpable buzz settled over the crowd as Giannascoli perched on the stool for the first three songs and pulled out some oldies like "Be Kind" and "Cow," a stringy, bovine-themed love song layered with his high-pitched warbles. "I never play it," he said before launching into "Pretend," a beautifully angsty and jangly track that's not on any streaming services but has over a million views on YouTube. "And I'll probably never play it again."

Once bassist John Heywood and guitarist/keyboardist Sam Acchione joined him up onstage, the MTV Unplugged nature continued full throttle. At one point, the men joked that the spare setup was kinda like an old band going on one final reunion tour.

They coasted through Beach Music's shimmering, guitar-heavy "Snot" and crowd favorite "Forever." For "Runner," the anthemic single off his latest record God Save the Animals, Heywood and Acchione hissed into the mic to simulate the recorded track's whispers. The Americana-infused "Miracles," smack in the middle of the set, was the undoubted highpoint of the night with its godly imagery and beautiful lines overflowing with love. "You and me, we got better pills than ecstasy," he crooned.

I'd never seen a crowd so quiet as the band performed the stripped versions of each song, like they were leading a huge campfire sing-along. That doesn't mean things weren't still a little rowdy. Throughout the night, crowd members shouted track requests and Alex G judiciously mulled over whether or not to play them, which mostly hinged on if he could remember how to play them.

"This song is going to be really boring," he said at one point as he set up the keyboard to play "Alina," a deep-cut heavily requested by the crowd. "But you're going to like it. I like it, personally," he conceded with a grin.

The night had this kind of ping-pong energy between Alex G's thoughtfully crafted music and his endearingly aloof personality. He made the cavernous Showbox show feel personalized and specific in a way most performers could only dream of doing. I'm glad Seattle got to see it.