From the Backseat with Death Cab for Cutie

Ben Gibbard Had a Scorpion in His Pants 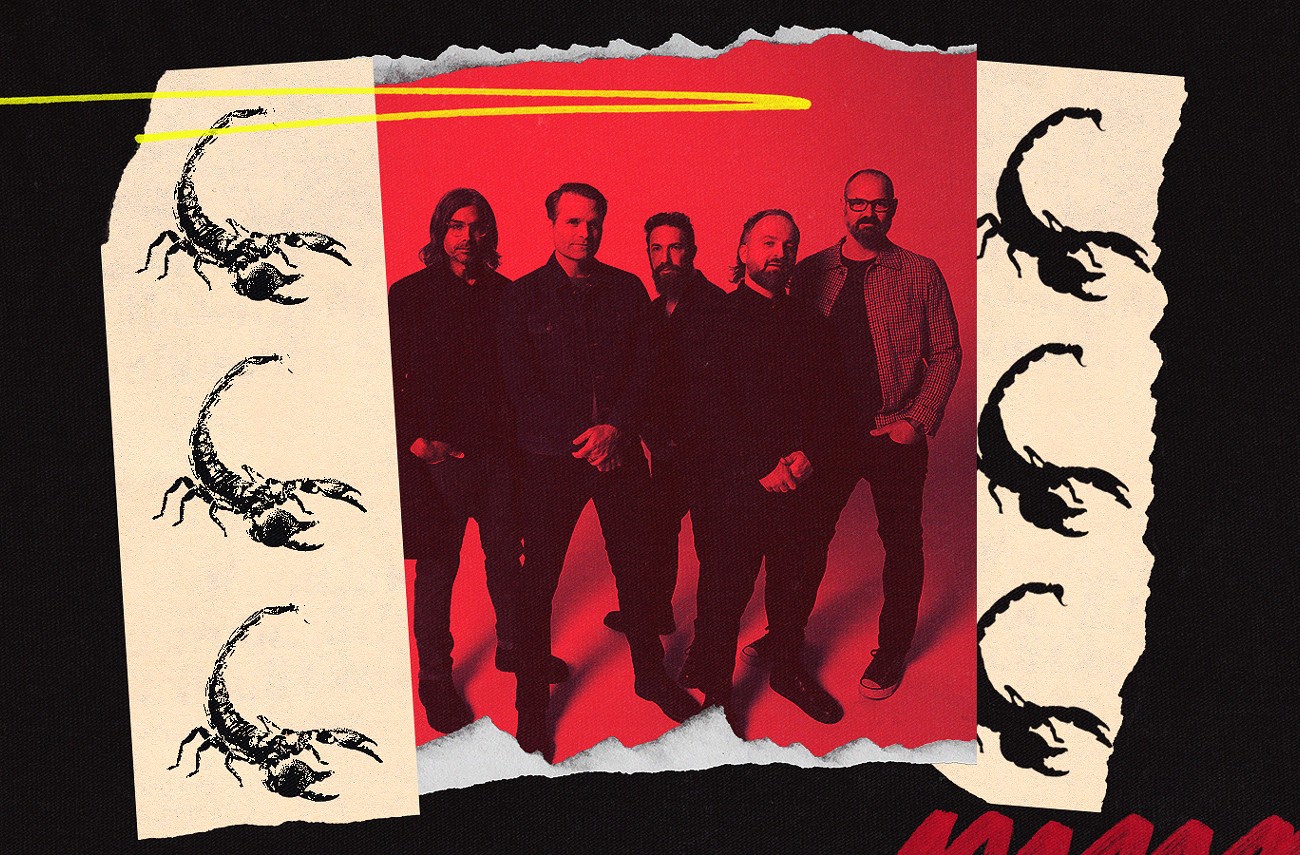 Rock you like a... scorpion in your pants. Photo by Jimmy Fontaine/Art by Anthony Keo

Welcome to From the Backseat, the new column where I ask musicians to tell me a story about a crazy thing that happened to them on the road and they just trust that I won’t sprinkle in some libel while retelling it to you because I’m bored.

The life of a touring musician is glamorized and mythologized to pieces. It would probably be more constructive to dismantle that with a column about finding a laundromat in Akron, OH at 3 am on a Wednesday because touring is bleeding money and the music industry needs some help. But I want weird stories! I want Are You Afraid Of The Dark? but instead of scary it’s ridiculous! I want to hear about a scorpion stinging someone in their pants twenty minutes before opening for a songwriting legend.

That is exactly what happened to Ben Gibbard of Death Cab For Cutie and the Postal Service. Death Cab is on the tail end of a month-long US tour in support of their new album Asphalt Meadows so while they continued to traverse the country I got on the phone with Gibbard and demanded to hear all the gory, arachnidy details and scribbled down some notes so I could share his story with you, from his perspective.

During this time I was in the process of moving to LA to be with my then-fiancée and was essentially living there other than when I was on the road. We had just played a show in the Southwest with Neil before a date in San Diego, and because I’m codependent I decided to fly back to LA to be with my fiancée the day before the San Diego show while the bus drove into town.

On the day of the show, I hopped in my Prius (which I still own) and drove down to San Diego with the intention of driving back to LA after the show. For those of you who haven’t been on a tour bus, the back of the bus is about a four-by-four-foot room with some windows and couches and a closet, where I had hung my show clothes after the last show.

Our set was supposed to start at 7 pm, so at about 6:35 pm I was in the back of the bus with Lucas, our lighting guy, and some of the band, and I grabbed my show clothes to start changing. As I pulled on my pants, I felt something stab my inner thigh repeatedly, like a sewing machine needle.

I screamed and threw off the pants, and a scorpion about the size of a quarter scurried across the floor. Lucas quickly stomped on it before immediately Googling “scorpion stings” as someone else grabbed the EMTs from the arena.

Look. These are EMTs from a San Diego venue. They had no idea what to do about a scorpion. They were basically like, “Okay, so if you start feeling like you’re going to die, just come offstage and we’ll stand side-stage just in case.” It was 6:45 pm; we went on in 15 minutes.

The best part? Lucas, in his frantic Googling, had found out that the smaller the scorpion, the more venomous the sting.

We go onstage, and a weird thing starts to happen. I swear to God, I felt like I had scorpion powers. You know that feeling when you use one of the head-scratcher things and it feels euphoric and shivery? It felt like that. I know you’re going to laugh at me, but it was incredible.

I was also opening for Neil Young and there was adrenaline, probably, but still.

I still decided to drive back to LA that night, and I felt like I had some psychedelic euphoria tunnel vision going back.

When we talked to our bus driver about it later, he explained that when they had stopped somewhere in Arizona he had opened up the windows of the bus to air out all the man funk. Being from the Southwest, he explained that scorpions love anywhere moist and dark.

So what that means is that this scorpion crawled into the bus and decided that my disgusting, sweaty pants were the perfect place to be and then it just stayed there as our bus took him away from his scorpion family or whoever he hung out with, only to be rudely awoken by some gigantic pale leg invading his space.

The last night of the tour, during the last song of our set, Neil’s crew and some of his band threw a bunch of toy scorpions at me onstage. When I told him about it later, he just looked at me and said, “Far out, man.”

[Author’s note: Lol, it could have gotten his nuts.]

Comments 1
Tags: Music
The Stranger depends on your continuing support to provide articles like this one. In return, we pledge our ongoing commitment to truthful, progressive journalism and serving our community. So if you’re able, please consider a small recurring contribution. Thank you—you are appreciated!
CONTRIBUTE NOW