"Music Is Supposed to Be a Big Part of Seattle, but There’s No Space for It" 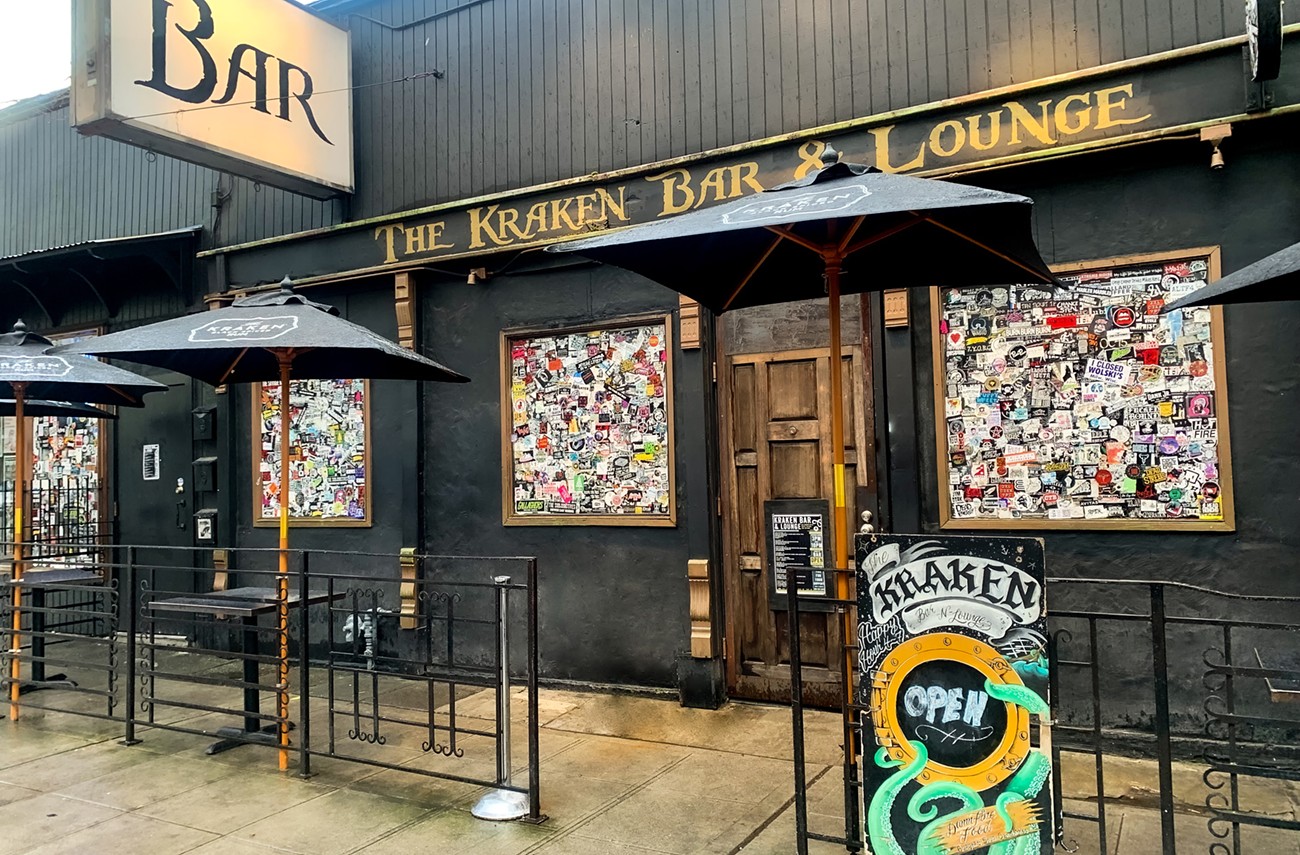 If you've been thinking about going to the Kraken, do it soon. Kat Colley

Earlier this week, the Ave's best (only?) pirate-themed punk bar and haunt the Kraken Bar & Lounge announced that they will be closing the beloved venue on March 4 after more than a decade of business. In a Facebook post, the Kraken wrote that the "building has been sold to developers that do not want us occupying the building." They added that they're currently on the hunt for a new space.

The imminent closure follows a spate of other beloved dive bar/music venues across the city. On December 31, Victory Lounge officially closed its doors due to lease issues with their landlord, and next-door neighbor Lo-Fi Performance Gallery recently told The Stranger that they will likely be closing up shop in April after low attendance and increasing bills made business untenable.

In a phone interview, Kat Colley—who owns the Kraken along with Daniel Colley and William Knupp—was still in the middle of processing the bar's closure. The owners had been aware that their current landlord might sell, but they only got official word on New Year's Day that they would have to vacate in the next two months. Colley said they'd been looking for a new home for the bar for years, but it's been a difficult task with the pandemic and skyrocketing prices.

"There's so much development, but they aren't building things that work for our type of business," said Colley, adding that they'd need a venue that could accommodate the noise that comes with a bar and venue. "Music is supposed to be a big part of Seattle, but there's no space for it."

The forced closure also comes as a shock, Colley said, because the Kraken has been doing great. In the past several months there had been consistent patronage and shows to keep the business going. They even managed to push through pandemic closures and a David vs. Goliath fight with the NHL's Seattle Kraken with community support. Colley says the news feels a bit like having the rug ripped out beneath them.

While the sale is being finalized, the Kraken is already receiving an outpouring of support from people who have moshed and congregated inside the U-District dive bar. Colley is going through "tons" of show requests from bands who want to play there one final time, with some even flying in from other parts of the country to have one final drink and jam.

The bar plans to have tons of shows over the next couple of months, and the last two days of business, March 3 and 4, will be jam-packed with bands to send the Kraken off in pirate-themed fashion. And though the future isn't super certain and they don't have any concrete leads on another space, Colley and the rest of the Kraken crew are committed to ensuring the bar and venue lives on.

"We want to keep doing this for the rest of our lives," she said. "If we can find a way to do it, we will."

Update, January 26: A friend of the Kraken's owners, Jill Killen, has launched a GoFundMe to raise money for the bar's relocation. Killen says they're confident they will be able to find a new space, but it will cost money to move in. She writes:

Specifically, the funds go towards the following needs:
1. Strip the bar of furniture, equipment, and pinball machines and move to either storage or the new location (if decided by that date).
2. Put money down on the new space
3. Update the new space and get permitted for occupancy, food and liquor under Kraken name
4. Move equipment and furniture in
5. Buy new equipment as needed to match space or for anything broken in the move
6. Assume a slow start as customers find their way to a new location

The Kraken Bar & Lounge is open seven days a week from 3 pm-1 am with live music on Fridays and Saturdays. Check out their upcoming events here.

Terry Hall of the Specials and Fun Boy Three Has Died