Folks, it’s June, and thus far it has been a historically terrible year around here, weather-wise. I think maybe some of us have been trying to use the power of our minds to get the weather to “change,” but we’ve just accidentally manifested hail and thunderstorms instead of sun. So this weekend, let’s specifically think sunny and dry thoughts. Got it? Good. Let’s get into it.

It’s called Pride Month, T. All the corporations pretend to be gay for a month to make money. Vito thinks we should give it a try. pic.twitter.com/emzxYlKGJb

Want a union job? MLK Labor is hosting a job fair next Thursday in Tukwila. 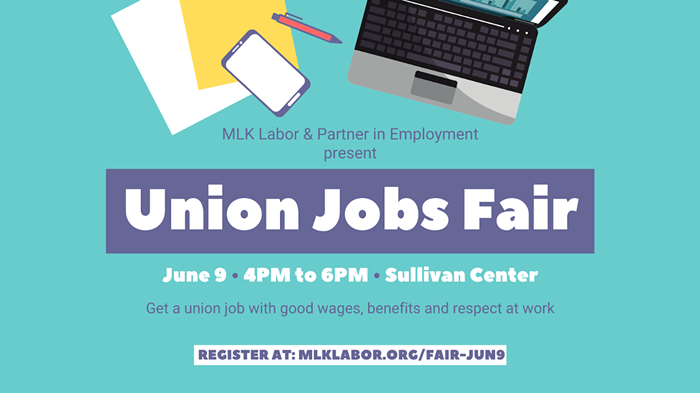 Musk demands workers return to office: Whatever job you find at the fair will be better than working for a guy like this. In the midst of a silent COVID spike that has TikTokers convinced gas has lost its smell, Elon “Non-Tesla Founder” Musk is stomping his foot and demanding his employees return to the office. Another great decision from the brain genius who brought you popular news cycles such as Naming My Kid Gibberish for Headlines and Reporting on My Alleged Sexual Assault Is Actually Being Mean to Me.

Musk cutting 10% of Tesla jobs: Ken Klippenstein, as always, makes a great point here with outstanding brevity. Get a union job, or serve at the whim of a moron who thinks the vibes are off = better do some layoffs.

Handing one to Biden: Today, Joe made fun of Elon Musk’s dumb ass, and I am awarding him one (1) “good job”:

“Lots of luck on his trip to the moon.”

— President Biden responds to Elon Musk saying he has a “super bad feeling” about the economy pic.twitter.com/RNjXcP1Szn

PayUp passes: Another good job will accordingly be given to the Seattle City Council, who (after some revision) passed the PayUp Ordinance that will help rectify the problem of 92% of app-based delivery workers making less than minimum wage, according to union advocates.

The future of labor: Gig work, freelancing, and trying to survive waves of layoffs from heartless employers seems to be the present state of labor. So, what does the future look like? This week, In These Times argues that we should forget the old ways and organize for power now.

Starbucks workers leading the (new) way: On Wednesday, NW Labor Press put out a great piece on the young people leading the labor movement in Starbucks stores across Oregon.

Interview with the DOL’s Wage and Hour enforcer: NW Labor Press also interviewed Jessica Loorman, the head of the Wage and Hour Division at the Department of Labor (aka the boss of your boss). We need as many advocates like Loorman as we can get. The NLRB also continues to show that they’re down for the cause, as this VICE piece from Wednesday details.

Amazon tracking employees by the minute: Just a day later, yesterday VICE published a piece on the dystopian system Amazon allegedly uses literally to track how long their workers use the dang bathroom.

North Carolina Amazon workers start union drive: Speaking of Amazon’s treatment of workers, the folks at a North Carolina warehouse are sick of watching their co-workers pass out from exhaustion because they make so little doing backbreaking work to make sure you can have a box of hangers on your doorstep in 12 hours or whatever. More Perfect Union has more:

Workers say they face 10+ hour shifts with vindictive managers in an unbearably hot warehouse. Amazon pays so little that some sleep in their cars.

Dems dig in on Amazon worker chat app: As I covered a few weeks ago, Amazon is rolling out an internal chat app that will block words such as “union” and “pay raise.” In a letter, Senators Bernie Sanders, Elizabeth Warren, Cory Booker, and Alexandria Ocasio-Cortez said, “If you are concerned about your workers discussing topics like ‘restrooms’ or ‘slave labor,’ or exploitative working conditions generally, the answer is not to interfere with your workers’ ability to communicate with each other, but to improve your treatment of workers.” Well put.

Microsoft releases statement on unions: After Amazon and Apple, Microsoft simply has to know the movement is coming for them next. Based on this statement they released yesterday, it appears they’ll take the novel approach of respecting their workers and not trying to bust unions? But also, remember Rule #1: Never trust a PR statement.

Dollar General workers walk out: It’s not just in tech where folks are organizing. Workers in the small town of Apache, OK, were forced to work in brutal conditions with no air conditioning in the summer and no heat in the winters. After their complaints weren’t heard by the company who made $2.4 billion last year, they all walked out. Hell yeah. More here:

Already living paycheck to paycheck, they were forced to work in a store that broiled in 90+ degree temperatures.

Dollar General refused to fix the AC, so they refused to work. pic.twitter.com/8mUqAbPLpu

WA protecting outdoor workers: Speaking of heat, United Farm Workers won a huge victory for workers who primarily perform their job outdoors, including farm and construction workers, roofers, and road crews. Now, when temperatures reach 89 degrees or higher, workers are required to be given cool water, shade, and cool-down breaks. Check out this thread for more.

NBC Guild walks out: Speaking of heat, since NBC is dragging its feet on a new contract, the NBC Guild walked out on Tuesday to show they mean business. Good.

We are walkin’ out! (For thirteen minutes.)

After more than *13 months* of @nbcnews management dragging their feet on our Pay Equity proposal — which would establish an annual study to identify and close pay gaps — we have had enough. pic.twitter.com/SrtmlwGkPG

Vox ready to strike: Not to be outdone, Vox Media Union says 95% of its workers have signed a strike pledge and stand ready to hit the pickets if they don’t get a contract before it expires in a few days.

Our contract expires in 12 days. We sincerely hope to have a fair deal by then, but management isn't moving quickly enough on major issues like salaries, increases, 401(k) contributions, and successorship. We are prepared to strike. pic.twitter.com/egChzvyZWH

Looking for a hot event to throw on the ol’ calendar? Check out this panel on June 14th with organizers from Starbucks, REI, and Amazon. The event features My President Chris Smalls and HuffPost’s excellent labor reporter, Dave Jamieson, will serve as moderator.

This week’s union filings: Another Starbucks in Portland, the Northwoods Lodge home care facility in Silverdale, and Swissport cargo services at Sea-Tac. All together, over 100 folks are pulling together for better working conditions. Good luck on their upcoming elections.

SAM union wins! Throw ‘em a buck! The Seattle Art Museum’s VSO workers won their election this week. If you haven’t been following the saga, check out this great piece from Guy Oron at Real Change. And please, if you can, send these good folks a buck or two to help them pay down expenses and win their first contract.

Tips for us, too! The new website is up, so please let us know what you think of it. If you like it, please donate $1 to our contributions fund. If you hate it, please let your voice be heard and donate $100.

And send us the other kind of tips, too! Labor news, rumors, compliments—whatever you got, I’m game.

In lieu of a song of the week, I’m going to dedicate this space to a wonderful video produced by My Own Dang Cousin, Bridget Doyle Williams, on how the Crossroads Workers Union pulled together in difficult circumstances, fought union-busting efforts from corporate, and won their election. Take care of yourselves this weekend, and think summery thoughts—we need ‘em. Take it away, Bridge!

Comments 6
Tags: News Labor
The Stranger depends on your continuing support to provide articles like this one. In return, we pledge our ongoing commitment to truthful, progressive journalism and serving our community. So if you’re able, please consider a small recurring contribution. Thank you—you are appreciated!
CONTRIBUTE NOW