The City Is Rolling Out a Promising Pilot Program 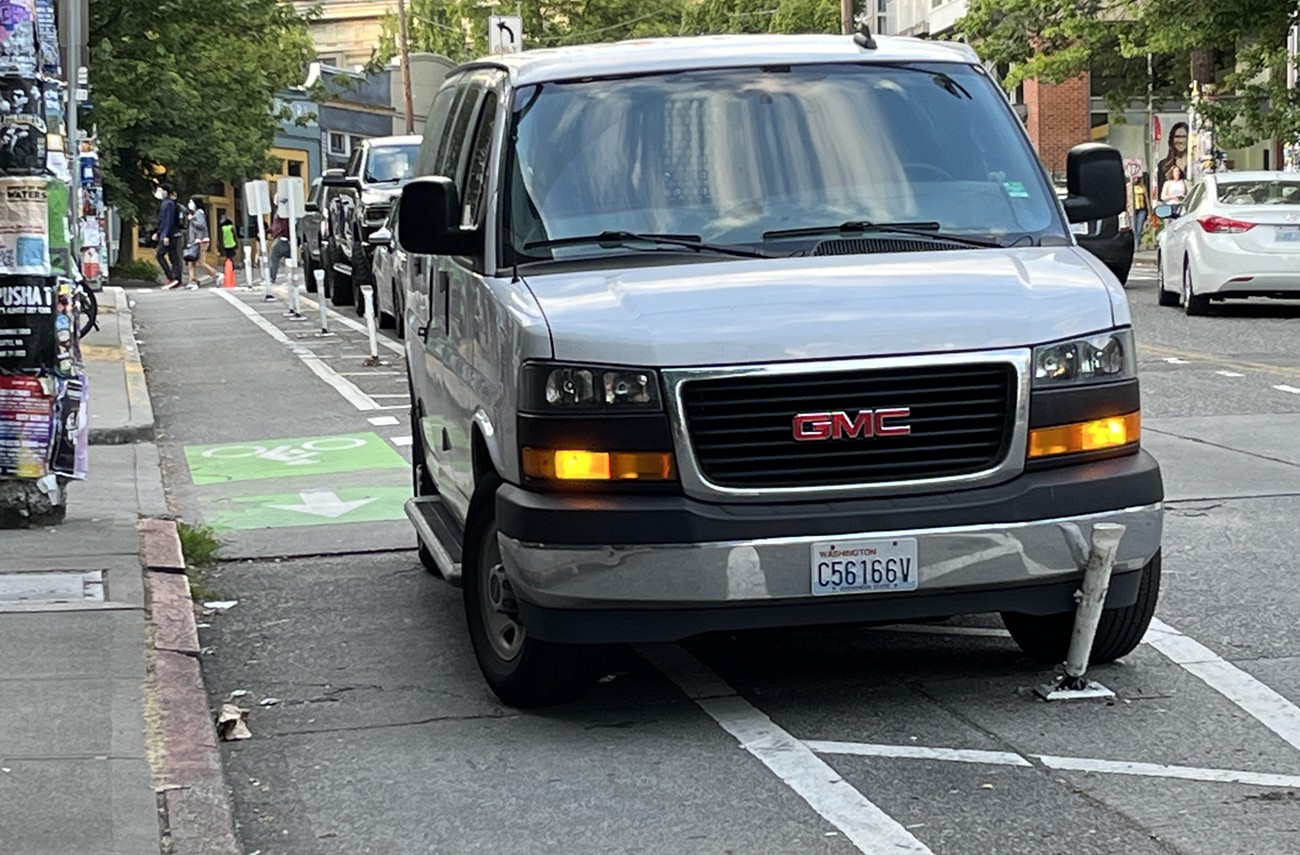 How could the flex posts have let this happen? Matt Baume

Building a bike lane without buffers is like stocking your house with empty fire extinguishers—it may look safe, but when disaster strikes, everyone will find themselves completely unprotected. And then possibly dead.

It’s not as if these disasters are totally unpredictable. Just as we know that house fires will occasionally occur, despite everyone’s best efforts to prevent them, we know that drivers will occasionally crash their cars and kill people. Just like owning a functioning fire extinguisher (and a smoke detector, and heaters that turn off when tipped over, and fire-rated doors, and fire stops around heating ducts, and not storing your collection of fireworks next to the stove), bike lane protection is an easy, cheap, passive measure that saves lives. So of course, we barely use it here.

But that’s about to change. A little. 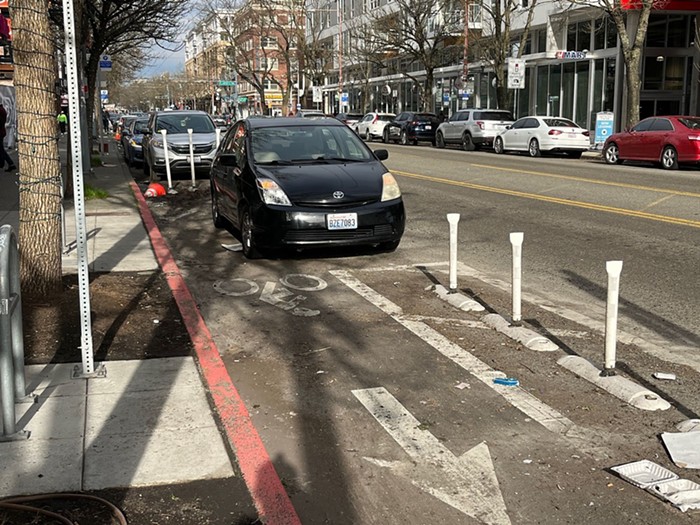 Only a handful of bike lanes in Seattle have any sort of protection. Of those, many have protection that is, essentially, fake. Flexible plastic hit posts–aka “car ticklers”–flex down without offering any resistance, and they usually get demolished by careless drivers, leaving only paint behind.

The Seattle Department of Transportation, which builds and maintains those lightweight buffers, understands that they stink.

“Not durable,” a recent SDOT presentation said of the flexible delineators. “Not great for protection.”

Fortunately, after meeting with transportation officials from cities with more advanced infrastructure than ours, the agency is rethinking Seattle’s approach. This summer, SDOT will run a pilot program that tests various different protections, evaluates them, and installs better protection across the city. That last part, however, is not guaranteed to happen. 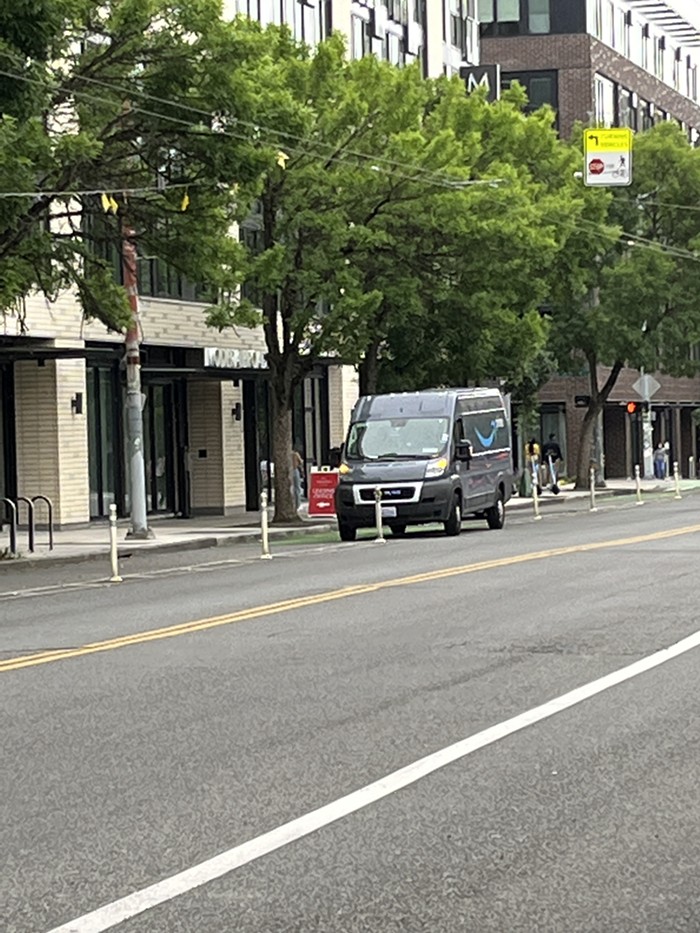 Here are the protective measures they’re planning to test, according to SDOT: 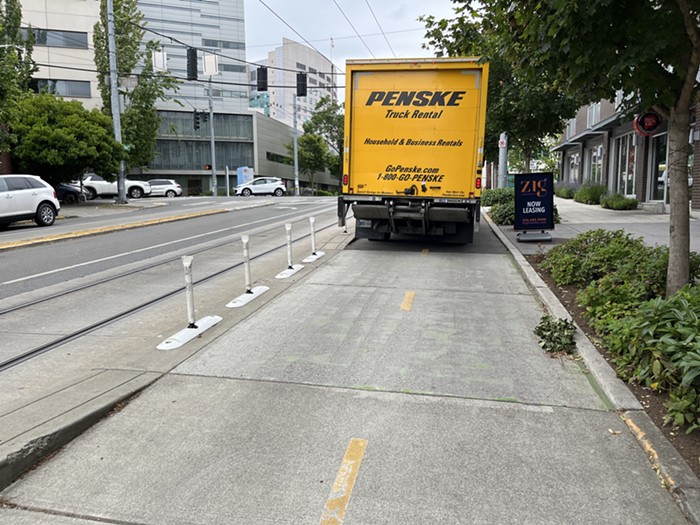 One of these measures is already being tested: Last month, SDOT installed some industrial curbs on NE 40th Street near UW and the Burke-Gilman Trail, with more on the way.

“The remaining locations will be installed as time allows towards the end of this construction season,” wrote SDOT Deputy Press Secretary Mariam Ali. “Ideally construction is completed before the winter rains set in, which will allow us to track how the new materials handle drainage, leaf build up, and potential snow removal activities.”

But which locations are going to get new protections? That’s still up in the air. 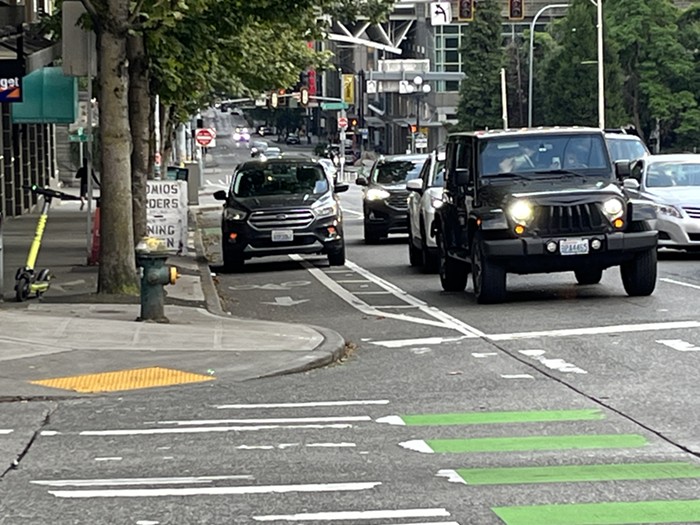 For now, SDOT has identified a handful of spots in need of attention based on public input, with outreach help from Seattle Neighborhood Greenways and Cascade Bicycle Club. Those include a portion of Columbian Way S on Beacon Hill; 9th Ave N in South Lake Union; N 34th St, S Dearborn St; Ravenna Blvd; WB S Othello St.; and Pinehurst Way NE between Northgate and Lake City. Pinehurst is a top contender, since it hits the city’s equity goals.

SDOT is currently running an informal Twitter survey to gather more feedback, but that won’t be the only way they choose locations. 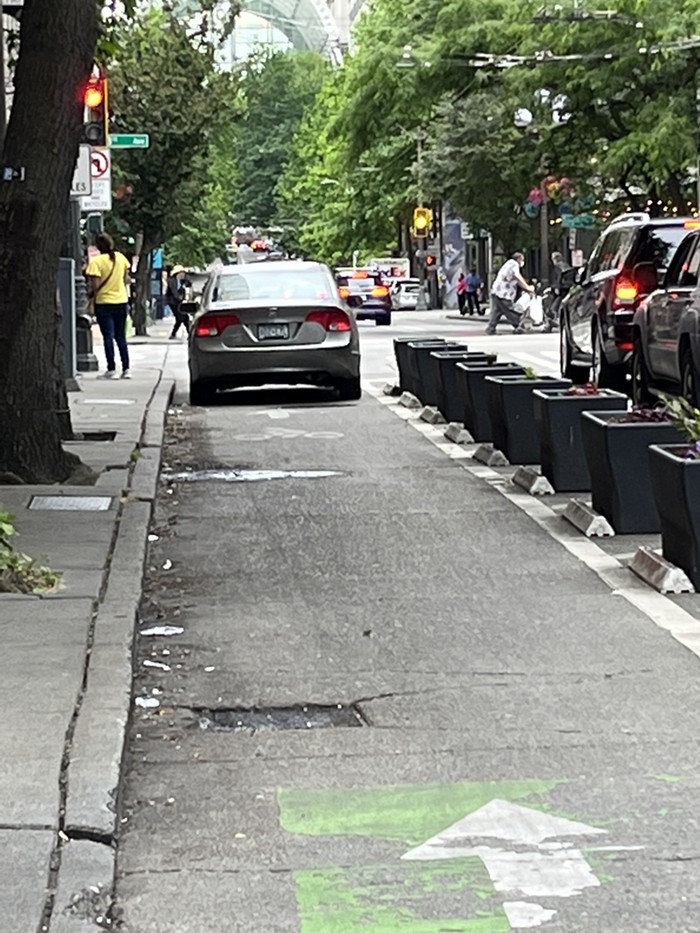 Once the alternate installations are in place, SDOT plans to monitor them for at least six months. The pilot program has $400,000 for installation and evaluation, funded by the City’s Bicycle Maintenance Facility Program and the Bicycle Spot Improvement Program, part of the Levy to Move Seattle.

That means we’ll probably have to wait at least a year to see significant improvements citywide, based on the findings from this pilot program.

In the meantime, if you see drivers encroaching on the bike lane, what can you do? 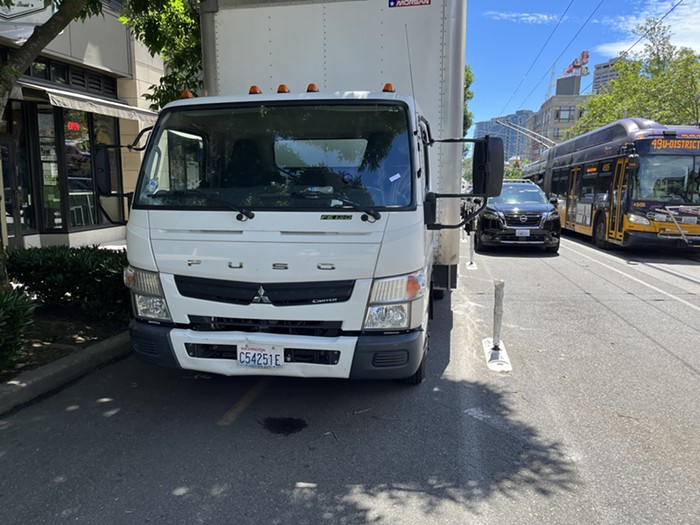 Well, you could go the legal route and do what SDOT suggests, which is calling the Community Safety Communications Center at 206-625-5011. That number was formerly known as the police non-emergency line, but it’s recently been separated from the Seattle Police Department. If someone is blocking the bike lane, you can call and ask for a parking enforcement person to come pay a visit.

But be warned: The parking enforcement team doesn’t work 24/7, which means there are some hours of the day during which drivers can park wherever they want without fear of legal repercussions. To return to the fire extinguisher metaphor, it’s as if the fire department only kept banking hours, leaving you on your own if disaster strikes at night or on weekends.

Stronger barricades for the bike lane are so useful because they’re always present. No wonder the protection on 2nd Ave in 2019 was accompanied by a 400% increase in ridership. In the three years since then, the City could have laid plans to upgrade the whole city’s lanes. For now, we’ll just have to wait for this pilot program to conclude sometime next year. 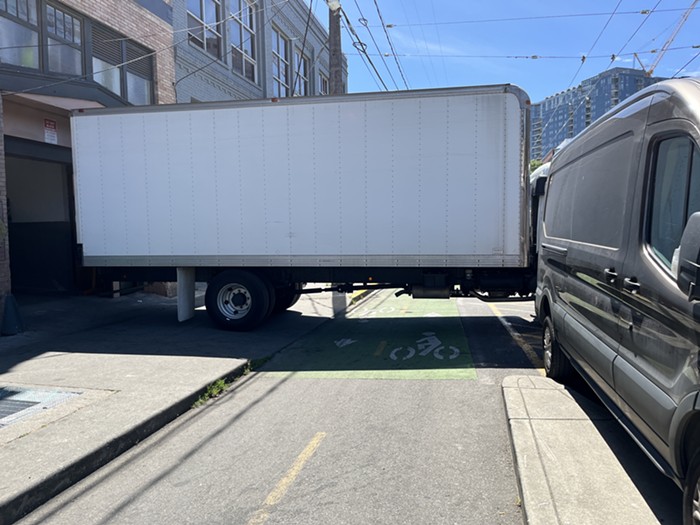