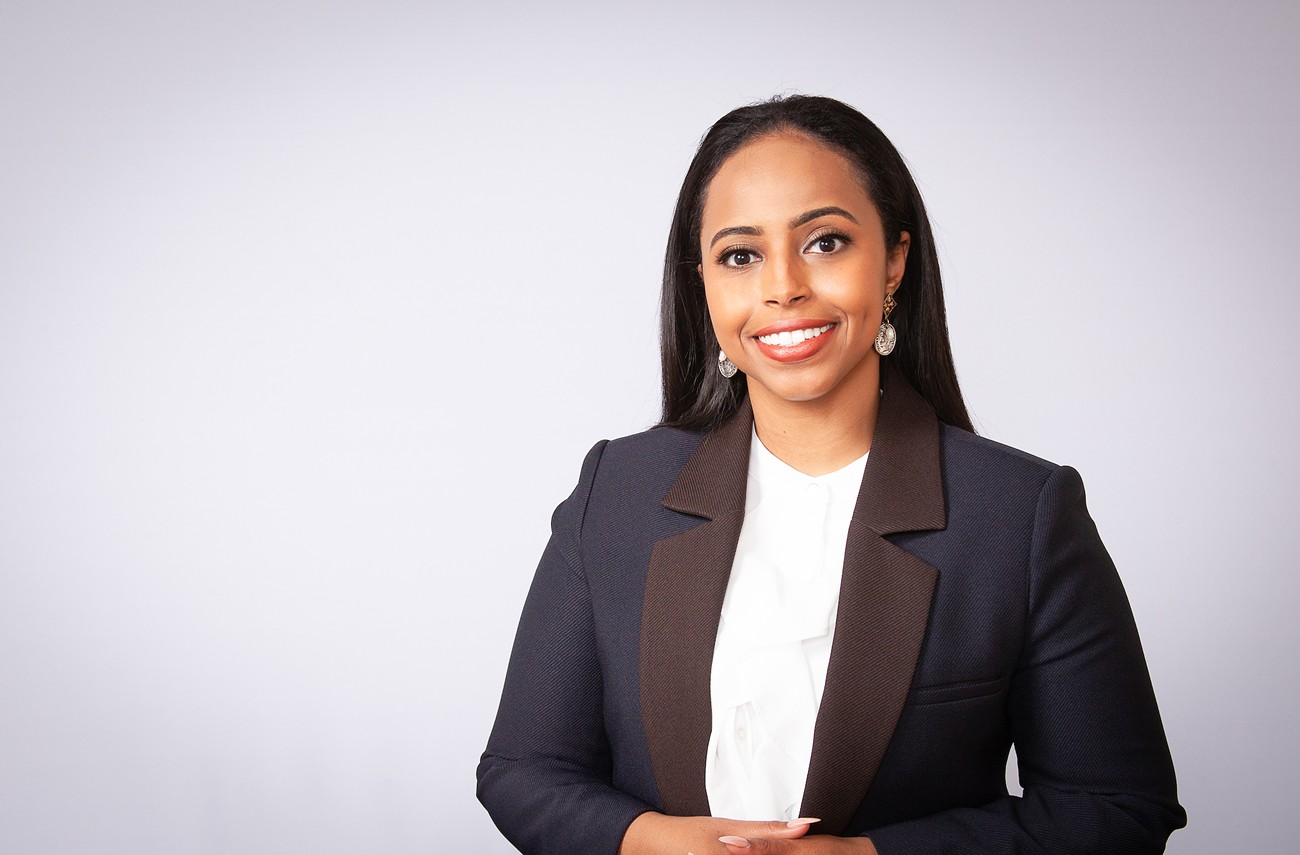 “Since joining the Port I have not taken my foot off the gas,” says Hamdi Mohamed, who’s about nine months into her first term on the Port of Seattle Commission. Elected by voters in 2021, Mohamed was one of SECB’s endorsees, and now seems like a good time to find out if we were right to give her a thumbs-up. In other words: What’s she done for us lately?

So we asked her.

Okay, so has all that work yielded any results? Why yes, as a matter of fact, it has.

A community group meeting with truckers and labor reps prompted her to put the trucker bathroom bill on the lobbying agenda for the Northwest Seaport Alliance, a joint development authority run by the ports of Seattle and Tacoma. That move increased support for a bill to require terminal operators to provide a sufficient number of restrooms, and also a private space for expressing breast milk.

On the federal side, she’s also working on accounting for all the new infrastructure dollars coming in, which includes about $400 million for trucking. She’d like to see an expansion of the clean truck program, which modernizes engines to reduce pollution.

And going forward, the Port now has a trucking workgroup to address issues as they come up.

Mohamed also renamed and sought to expand a career program with the goal of addressing labor shortages. The program is based on input Mohamed received from community partners and young job-seekers.

“They want not just more internship programs, but programs that connect them to industry partners that have mentorship aspects,” she says.

For now, it’s just a pilot program expected to run through 2024, but work is underway to study outcomes and create a more long-lasting initiative.

In other jobs-related work, around 200 job-seekers attended the Port's recent job fair, which gave them the opportunity to directly network with about 50 employers. Mohamed's office is now working to connect more community members with Port Jobs, an independent organization that helps people in the region find work.

She's also working on a program to facilitate re-entry into the workforce for people who lost employment due to pandemic-related shutdowns.

Some of Mohamed’s work involved issues she didn’t anticipate during the campaign.

In response to the U.S. Supreme Court’s ruling on Roe v Wade, she introduced an order to turn the Port's cops into abortion protectors. “That’s not something I was expecting," she said.

Similar to orders from city and state officials, her order ensures that Port police won’t cooperate with other states that want to investigate pregnant people traveling to Washington for care. The cops also won’t share data or use Port resources for anti-abortion investigations.

“I think we have a responsibility at all levels of government to make sure our gateway is a welcoming one,” she says.

The Future of Transportation

Sustainable transportation came up several times during SECB’s endorsement interview with Mohamed last year, and at the time she pledged to focus on cleaning up emissions and improving access to active transportation. That’s still a work-in-progress, Mohamed says: “We’ve hired a grant writer that’s going to be competing for those additional dollars” from the federal infrastructure bill.

One of her top priorities right now is establishing shore-based power for cruise ships at Terminal 66. That would allow ships to directly plug into Seattle’s mostly renewable power grid, rather than burning fossil fuels so close to the city. When a ship can plug in instead of idling, the Port says, it reduces its emissions by an amount equivalent to a car driving from Seattle to New York thirty times.

The Port anticipates that it will have electrification at T-66 done in 2024. That said, cruise ships are still major sources of pollution in other areas.

While those programs chug away, Mohamed is busy checking more items off her to-do list. She’s got her eye on creating more airport rest stops for transportation network drivers (e.g., Uber and Lyft workers) and upgrading the airport’s preconditioned air system. That system is now ten years old, and there are major opportunities for efficiency upgrades, she says.

She also has a plan for the Port’s 2023 budget that would improve bike access to the airport, whether for commuters, workers, or people just passing through on the regional trail network.

And then there’s North SeaTac Park. Last year, SeaTac residents pushed back hard on a Port plan to bulldoze part of the park to make room for a parking lot. Now, the City of SeaTac is interested in buying the land from the Port to protect it. Mohamed is keen to complete an ecological assessment of the park to help determine the best possible future for its 200 acres.

With all of those projects, there are likely to be many more community meetings, briefings, committee gatherings, and surprises in Mohamed’s future.