If the City Balks, Primary Challenges Loom in 2023 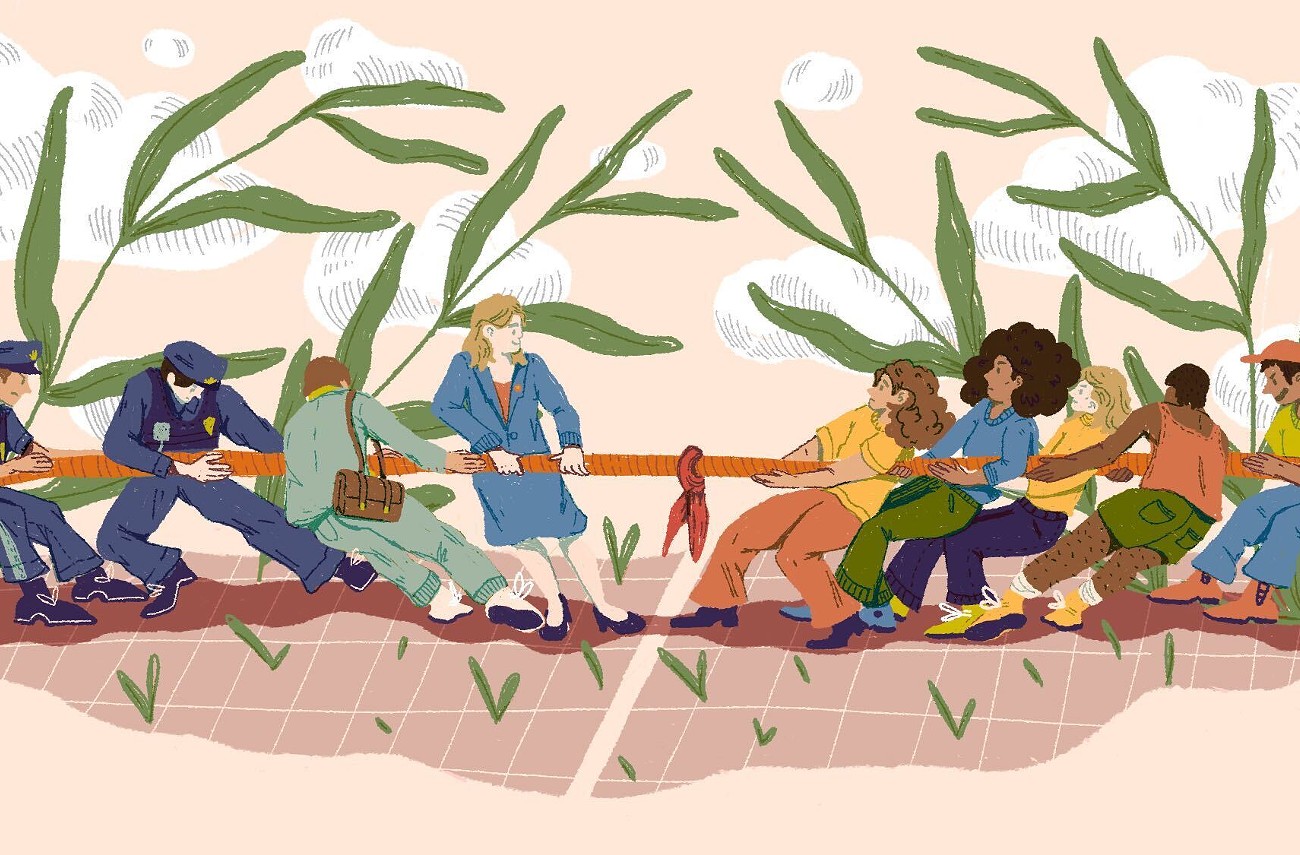 The Solidarity Budget coalition said they will fight for exactly what they want. If they don't get it? Current council members better hold on tight to their seats. Gabi Gonzalez-Yoxtheimer

A week before the Mayor unveils his first-ever budget proposal, which will need to contend with an expected $100 million shortfall, a coalition of progressive organizations held a public meeting to pitch their idea for how the City should spend over $1 billion in 2023. Their proposal imagined a City that prioritizes housing, pedestrian safety, and combating climate change largely by defunding the Seattle Police Department (SPD) by 50%.

While the City will likely not cut the department’s bloated budget to fund programs that tackle the root causes of poverty and despair, some speakers at the summit urged the viewing public not to water-down their demands for the sake of incremental progress on chronic problems. After all, if the council won’t heed the community’s call, then progressives and left-wing radicals can challenge seven of the City’s nine council members in next year’s elections.

“We are demanding a budget to live. We are also, as you heard, demanding a budget to thrive,” said Solidarity Budget organizer Angélica Cházaro. “... It will take all of us using every tactic known to us to meet the demands and to make it politically impossible for the City to keep funding the death of our people.”

The Solidarity Budget coalition, which first organized to influence City spending in 2020 in the wake of the Black Lives Matter protests, broke its proposal into two parts: a “budget to live” and a “budget to thrive.”

A Budget to Live

Under the “budget to live,” the Solidarity Budget organizers demanded an end to deaths by jails and policing. To achieve that goal, the coalition demanded:

Councilmember Lisa Herbold, who chairs the public safety committee, did not respond to a request for comment about these demands.

Despite what the conservative media will try to scare suburbanites into believing, City leaders express a deep aversion to shrinking the police budget, and they will almost certainly not cut funding for their most darling department by 50%. Even in the face of a budget shortfall, the council has authorized the cops to dig into its proviso to bribe new hires.

The organizers also demanded a “budget to end deaths of houseless people.”

To do that, the coalition proposed a moratorium on sweeps, improved harm-reduction practices, a $20 million investment into community-based responses to public safety, five mobile pit stops, and nine RV safe lots.

Later in the budget, the coalition argued that the City ought to better fund the nonprofits with whom it contracts. Specifically, the City should increase funding for crisis response and homeless services by at least 6% to offset inflation.

Councilmember Andrew Lewis, chair of the council’s homelessness committee, did not respond to requests for comment.

The newly established King County Regional Homelessness Authority (KCRHA), which now controls most of Seattle’s and King County’s response to homelessness, did not respond to requests for comment. The agency has expressed support for RV safe lots, allocating $5 million in its 2023 budget to buy just under what the Solidarity Budget demanded–six to seven sites to serve almost 200 vehicles a year.

While the KCRHA opposes sweeps, the power to sweep ultimately lies with the Mayor, who can’t even bring himself to call a sweep a sweep, so progress on that front seems unlikely.

An End to Traffic Deaths

To stop drivers from killing people, the Solidarity Budget wants to fund the Vision Zero plan, which aims to reduce pedestrian fatalities to zero. They also want to build more and improve existing sidewalks, pedestrian street crossings, plazas, and park amenities like benches and trees. The coalition called for the City to prioritize these investments for District 2, which sees a disproportionate number of traffic deaths.

In an email, Greg Spotts, the new Seattle Department of Transportation director, said achieving Vision Zero tops his list of priorities. He also expressed confidence that the Mayor’s budget would “focus on safety and equity.”

Councilmembers Alex Pedersen and Dan Strauss, the chair and vice chair of the transportation committee, respectively, said they agree with all of the Solidarity Budget’s transportation proposals.

A Budget to Thrive

“We are fighting for our lives,” Cházaro said at the Zoom summit on Thursday. “Our dire conditions have thus led us to call this year for a budget to live. And we all know that survival is the bare minimum, so the Solidarity Budget continues to be a demand for a budget to thrive.”

In the second section of the coalition’s budget, the organizers demanded the City increase the pile of money that the community controls through “participatory budgeting.” In 2021, the City set aside $30 million for the public to distribute throughout City departments and programs. The Solidarity Budget would have the City bump up that pot to $60 million and increase every year by $5 million until it reaches $200 million. The organizers stressed that they want this process to be led by Black Seattlites.

Councilmember Tammy Morales, who championed participatory budgeting in 2021, did not respond when asked for comment.

The Solidarity Budget also included about $130 million to combat the housing crisis. The lion’s share, about $100 million, would go to buying up existing buildings to convert 300 to 600 units to affordable housing.

Next, the Solidarity Budget planned for about $20 million to $30 million in seed money for a social housing developer, which Seattlites will have the chance to vote to establish in the February special election.

Finally, to prevent eviction, the coalition called for $5 million to invest in a variety of tenant services.

Last year, the adopted 2022 budget allocated $91.7 to the production, preservation, or acquisition of affordable housing, much of which the City funded with the JumpStart Payroll tax. Councilmember Teresa Mosqueda, the budget chair who sponsored JumpStart, could not respond to comment before publication time.

An End to Pollution

Mayor Bruce Harrell has already hinted at his level of interest in funding the City’s response to climate change. On Thursday, he signed a $6.5 million plan that the Seattle Times called the “first steps toward a Green New Deal.” He also announced a plan to allocate $2.6 million in his coming budget proposal to help families switch to heat pumps.

Though no one expects much overlap between the Solidarity Budget and the budget the City ultimately approves, the coalition plans to pressure the City into some level of divestment from law enforcement anyway. “We're not going to compromise before we even get to the negotiation table,” said Solidarity Budget organizer Tye Reed.

If the council cannot deliver a budget to please the coalition, Reed said organizers don’t need to make demands anymore. Instead, they should start taking council seats.

In 2023, all seven district council seats will be up for re-election. Both the City’s right and left have eyes on the seats, unhappy with either a body of nine Sawants or a bunch of fauxgressives, depending on your perspective.

The coming election and the potential shortfall of over $100 million will undoubtedly shape how the council allocates funding. Council members will want to point to budgetary wins for their respective bases during their coming campaigns, especially wins they can secure even when funding is tight, to speak to how important a given issue is to them. The desire to serve the base could give the Solidarity Budget leverage with progressives such as Sawant, Morales, and Mosqueda, but it could also make council members vying for corporate approval more stubborn as well.