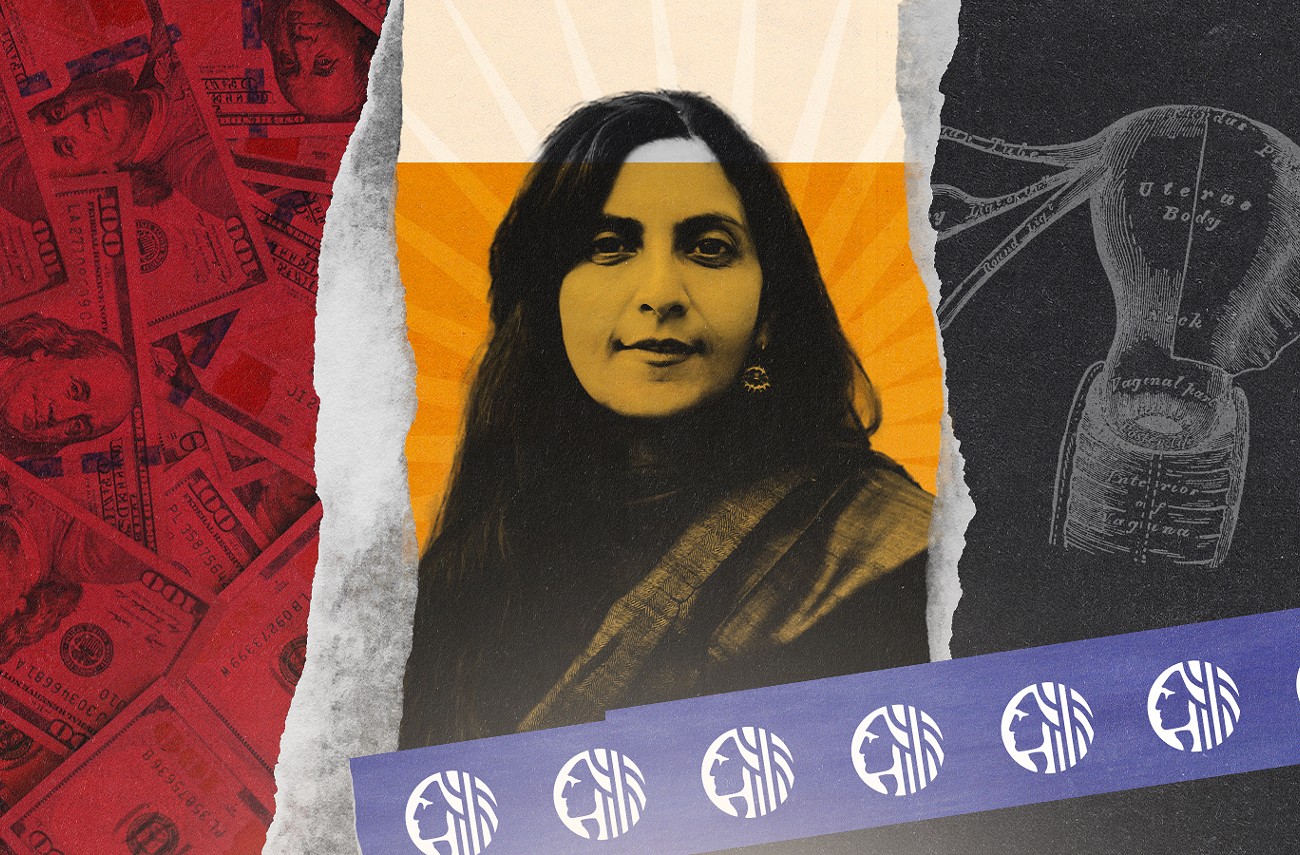 Budget Chair Teresa Mosqueda welcomed a proposal from Council Member Kshama Sawant to fund Seattle's abortion costs, saying the idea was totally "on the table" as negotiations move forward. The request, which emerged from the People’s Budget, an annual campaign run out of Sawant’s office, would increase the JumpStart business tax to cover the estimated $3.5 million price tag.

With the JumpStart tax raising $71 million more than anticipated this year, Mosqueda aims to spend the surplus on council priorities that help vulnerable people, rather than, say, on a day of #OneSeattle volunteerism, which the Mayor proposed in his own budget. The need to find money to fill a $140 million budget hole, however, looms large over any plans to fund new programs.

Unlike the Solidarity Budget, an initiative that community members write up ahead of the Mayor’s budget proposal, the People’s Budget reacts to the Mayor’s budget and organizes around whatever demands already have energy behind them. Sawant’s office glommed onto abortion rights as its latest issue after the Supreme Court leak earlier this year, hence this request.

Her $3.5 million proposal greatly exceeds the Mayor’s offer of $250,000 to the Northwest Abortion Access Fund. Another proposal from abortion-access champion Council Member Tammy Morales would only double the Mayor’s amount.

Rather than dump all that money on the Northwest Abortion Access Fund, Sawant’s proposal stands up a new program that would likely run out of Public Health - Seattle & King County, according to her staff. Ted Virdone, who works in Sawant’s office, said the City could feasibly pay for abortion procedures just like it paid for COVID-19 testing before the state government took over that responsibility.

Better than Spending the Money on Graffiti Removal

The Council originally designed the JumpStart business tax only to pay for affordable housing, Green New Deal policies, and small business assistance. But Seattle mayors have struggled to respect that spending plan.

This year, Mayor Bruce Harrell asked the council to change JumpStart’s rules so he could use about $95 million (which amounts to abortions for like 27 Seattles) to address the budget shortfall. However, instead of using the extra JumpStart money to fill the hole, Mosqueda said she and central staff found that the Mayor’s proposal used much of it on brand new programs, such as graffiti removal and his One Seattle Day of Service.

In the past, former Mayor Jenny Durkan’s similarly reckless JumpStart spending put Mosqueda on the defensive, prompting her to double-down on the tax's intended spending priorities. But now that the tax has over-performed, she remains open to spending the surplus revenue on other things. And as far as she's concerned, beefing up abortion access feels more in-line with the Council's original spending plan for JumpStart than cleaning up spray paint for a day.

Raising the Tax Rather Than Raiding It

The coalition behind the People's Budget sort of avoids the shortfall issue by asking the City to pay for the public abortion fund through an increase of the JumpStart tax, a request Sawant’s office puts forward every year. This year, she'll suggest a 40% increase to match the $95 million that Harrell took from JumpStart under the guise of addressing the shortfall.

Mosqueda said she’s not opposed to increasing the JumpStart tax, either. Though she recently announced a task force to find new progressive revenue streams, she said the council doesn’t have to wait for that group to issue recommendations. For example, she praised Council Member Alex Pedersen for taking initiative and proposing the City increase fines for speeding in school zones to generate more revenue.

While Mosqueda seems generally warm to the abortion funding idea, she anticipates many budget amendments will compete for JumpStart funds, and she wants to focus on spending the higher-than-anticipated funding before hiking up the tax itself.

The People’s Budget isn’t used to getting its way. According to Virdone, the coalition has won small budget items, usually a watered-down version of their demand with someone else’s name on it. So if nothing else, perhaps the advocates can push the council to think bigger than $250,000 or even $500,000 for abortion care.

The council will make its proposed budget amendments public at the end of the week or the beginning of the next.