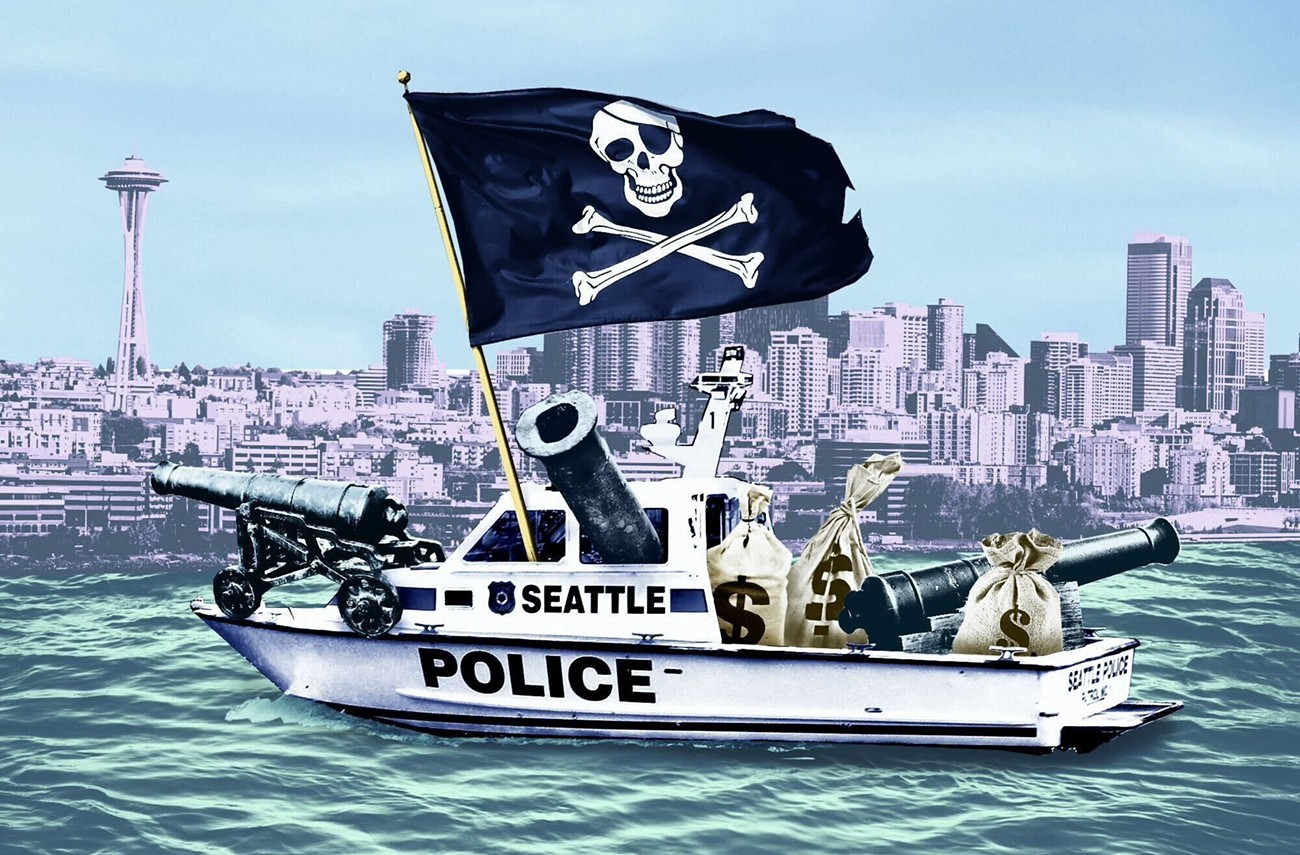 Some council members think SPD doesn't need quite so much of the City's treasure. Dan Paulus

I kid you not, in the year 2022 we have elected officials and policy staff for the Mayor of a major US city arguing about how to respond to “sea burglars” allegedly pillaging houseboats on Lake Union.

At last Thursday’s budget meeting, mayoral staff and SPD representatives resisted a request to shift aquatic emergency response calls from the cops to the fire department to save some of the $250,000 that the Mayor wants to spend on cop boats and their captains. The clash represents yet another instance of the cops and the Mayor slowing attempts to solve staffing problems amid a nationwide police shortage.

As with every attempt to shift any low-level task out of SPD’s scope of work, the labor union representing Seattle’s police officers remains an obstacle. At the meeting, as soon as the Council’s budget chair, Teresa Mosqueda, brought up the idea of moving search-and-rescue efforts to the Seattle Fire Department, SPD Chief Adrian Diaz reminded the Council that doing so would require getting agreement from the Seattle Police Officers Guild (SPOG) and the union representing the firefighters.

But Mosqueda wasn’t born yesterday. She told Diaz that the Council asked for SPD and SFD to figure out those labor issues more than two years ago. Council Member Lisa Herbold, who chairs the public safety committee, also chimed in to remind the Chief that SPD and SFD have figured out similar issues with their labor unions in the past.

If the Harrell administration was more serious about pushing forward police alternatives than its predecessors in Mayor Jenny Durkan’s shop, then they could easily back this move as evidence of their commitment to moving forward with this council in good faith. But Senior Deputy Mayor Monisha Harrell only offered that they’re “continuing to have those discussions.”

In lieu of offering any substantive update on those discussions, Harrell chose this moment to focus on vague reports of people robbing houseboats and then paddling away as justification for increasing funds for cop boats. SPD Chief Diaz also told the Council that cops don’t always know whether a search-and-rescue call involves a potential crime, and so SPD needs to respond to those calls just in case a crime was committed.

Neither Harrell nor Diaz provided any data to quantify the number of scalawags who have made off with houseboat booty so far in 2022, or whether these recent reports of piracy reflect an increase in water-borne thievery compared to recent years.

That dismissal without supporting data seemed to break something in Council Member Andrew Lewis, who represents downtown. He said the quiet part out loud by clarifying that the Council’s request was rooted in the reality that we simply don’t have enough cops to respond to all calls for service, and that shifting these tasks to SFD wasn’t an attempt to replace the police department’s involvement in securing Seattle’s waterways entirely.

We’re Really Fighting about Much More than Pirates

Aside from the spat over the harbor patrol line item, for the rest of the hearing the Council mostly refrained from grilling the Mayor’s staff or SPD about their proposed budget. The conflict over the more expensive proposals will come to a head in the coming weeks, as the Council releases proposed amendments to the Mayor’s budget.

What’s already clear from SPD’s presentation, however, is that the cops still refuse to live in reality.

They’re projecting that the department will somehow hire 120 new officers in both 2023 and 2024, though Chief Diaz did not provide any details on how he plans to nearly quadruple the 35 new hires the department has made so far this year. At the same time, SPD’s budget projections include an estimated 105 officers leaving the force during each of the next two years, for a net increase of just 15 more cops per year through 2024. That would bring SPD up to 1,080 officers by 2024, which is “the lowest I’ve seen our department,” according to remarks Chief Diaz made to the Police Executive Research Forum in 2021.

If the cause of Seattle’s public safety crisis is too few police officers, the Mayor's budget won’t solve that problem. And yet, at every turn, when the Council has proposed lightening workloads to help retain overworked cops, SPD has dragged its feet or given vague objections for why the proposal at hand won’t work.

Eventually, the City must find a way to meet its charter obligation to provide public safety for Seattle’s residents. If Mayor Harrell can’t convince SPD to support alternative responses so cops can focus on rape investigations, then he may end up being Seattle’s next one-term mayor. A recent poll showed his approval rating on crime and public safety underwater by 14 points, with most Seattle residents preferring accountability and prevention programs to crackdowns.