One Candidate Proposes a Slate of Seven Socialists 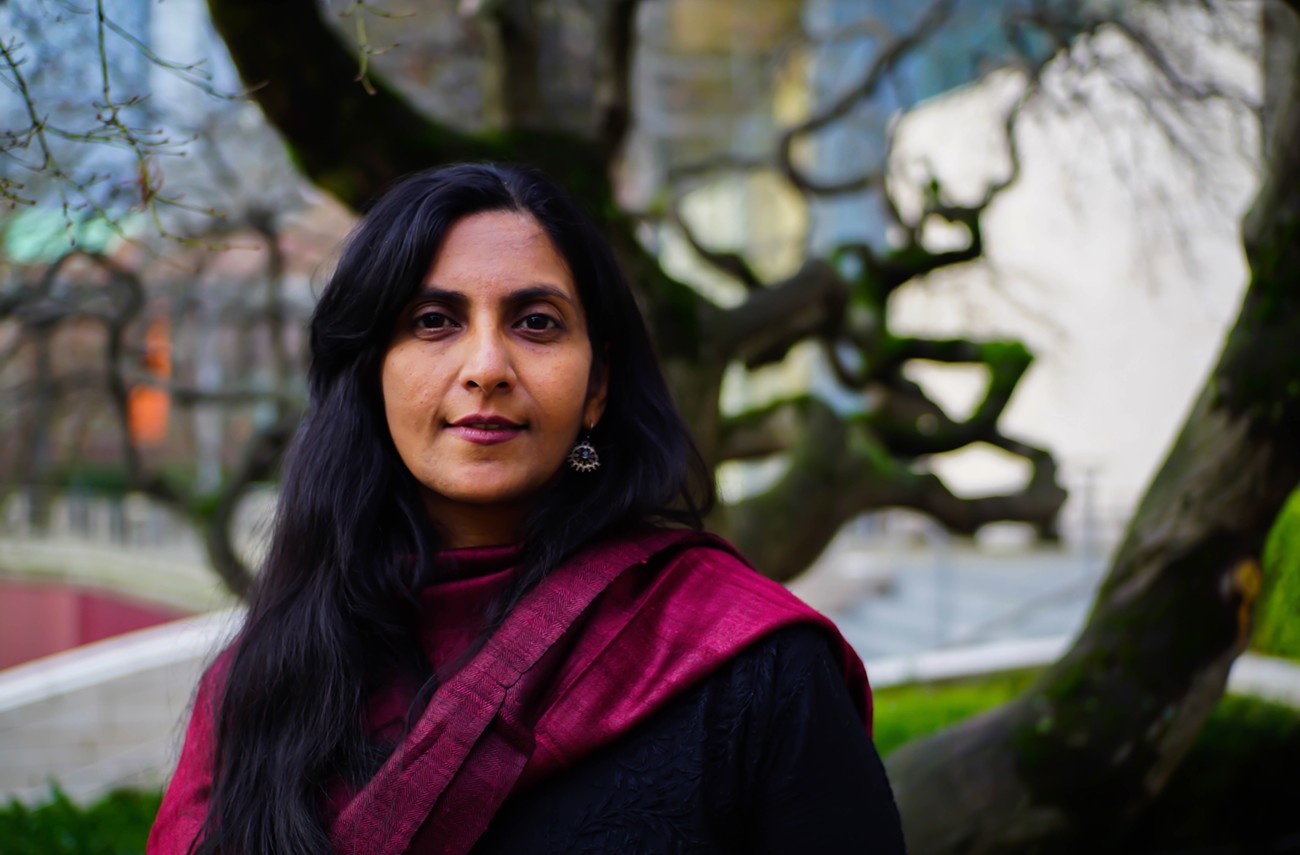 Sawant is leaving the council, but the movements that made her aren’t going anywhere. City of Seattle

After nearly a decade as the Seattle City Council’s lone socialist member, last week Council Member Kshama Sawant announced that she will not seek reelection and that her party, Socialist Alternative, will not run a successor.

Before Sawant, Seattle hadn’t seen a socialist on the council since A.W. Piper in 1877. To prevent another 100 years from passing without a socialist in City Hall, one socialist candidate, Matthew Mitnick, who is running to replace Alex Pedersen in District 4, proposes pushing a slate of seven socialist candidates in the upcoming August primary. But so far, he's the only socialist running for any of the seven seats—four of which remain wide open.

If the left can’t get its ducks in a row soon, the movements risk losing a foothold in city politics for a couple years at least, giving pro-business council members plenty of time to strike compromises with Democrats to claw back working-class victories, Sawant said in a phone interview with The Stranger.

Calling for Commies, Scouting for Socialists

During her Thursday press conference, Sawant said one council seat could not replace a mass movement, but she stopped short of swearing off electoral politics altogether, arguing that socialists should fight wherever capitalists fight. But so far, she said, it's looking bleak for a true movement candidate to rise to the occasion this cycle.

“There has to be a real grassroots effort [to win a council seat], and I don't see anything like that in the city,” she said over the phone.

Instead, Sawant predicts a “parade of bland candidates” who promise “practical solutions” and claim to “support change but want to do it nicely.” She also thinks Seattle voters will see more “overt corporate candidates” trying to appeal to big business and the billionaires.

This could very well be the case if the left doesn’t pick up the pace. Shaun Scott, who ran under the Democratic Socialist of America (DSA) banner in 2019, said the left operates at a disadvantage regarding election planning. An entire class of consultants dedicates itself to sniffing out potential candidates months in advance, and they’re certainly not looking for lefties. So the activist types, who are often busy with mutual aid projects or working a job that doesn’t involve looking for schmoozy losers to run for council, end up “scrambling” once the “alarm bell rings” and they realize there’s an election, Scott said.

For some lefties, Sawant’s departure rang that alarm, and DSA wants to help those candidates get up to speed.

Medina Corey hopes more lefties will come forward in light of Sawant’s announcement, perhaps even enough for a total socialist takeover of the council.

Mitnick claims he’s on the case. He and his youth movement want to organize a slate of seven socialist or DSA candidates to make the council truly as socialist as the conservatives already think it is.

You Can’t Sit With Us

But the “left” is a nebulous term that encompasses a broad swath of ideologies. Undoubtedly, Seattle lefties will have disagreements about which candidates truly represent their interests.

For example, Mitnick said Council Member Tammy Morales would be welcome to join his proposed slate if she runs again. But not everyone sees her as a lefty, especially since she refused to commit to the “capital ‘S’ socialist” label in 2019 despite her status as a DSA member.

Sawant said she wouldn’t rely on anyone on the current council to be responsive to on-the-ground movements. She further warned that the left should not put its weight behind just any dork in a Marxist book club. To make electoral strategies worthwhile for socialists, she said, the candidate must emerge from a movement, that movement must fight for the candidate's victory, and that representative must remain uncompromisingly beholden to that movement in office.

Scott set slightly different standards for left candidates. He said lefties should not expect perfection but rather operate under the assumption that they will have to hold their elected officials accountable, even socialist ones.

It remains to be seen if the left even decides to embrace Mitnick as part of his own proposed socialist slate. Scott said he’s already excited about Mitnick’s candidacy because a lefty running for office instead of attempting to cash in on podcasts and commentary is “something to be remarked on.” But Sawant wouldn’t give her support so freely. She’s holding her judgment until she and her party can have a conversation with him.

Mitnick said he fit the bill as an “uncompromising” candidate. He made no friends pushing the Seattle Human Rights Commission to publicly oppose sweeps. He picked a fight with Council Member Alex Pedersen in a Stranger article about his affordable housing plans. And he protested against the University of Washington’s hostile architecture proposals and unfair contracts with their workers.

But the real litmus tests for self-proclaimed socialist candidates will come as the race heats up, according to Scott. Responses to questionnaires, pressure from organized blocs of homeowners, and the popularity of pro-cop rhetoric will tell the left everything it needs to know, he said.

When We Fight We Win

Even if the city’s left finds and agrees on seven socialists who have the means and the inclination to run for council, it won’t be easy to get them in office.

But Sawant is living proof that socialists can beat deep-pocketed business opponents. After all, she unseated an incumbent in 2013, defended her seat in 2015 when the City implemented council districts, won her seat again in 2019 even though Amazon tried to buy it for more than a million, and in 2021 she fought off a recall effort funded by the right wing and fronted by Obama voters who demand civility politics.

With four victories under her belt, Sawant’s strategy for campaigning matches her philosophy on governing: You have to pick a side.

Sawant offered Lorena González’s 2021 mayoral run as an example of a candidate who “played to the middle” by not fighting for rent control and distancing herself from her past vote to trim the police budget. Without a clear base and “fighting demands,” González took the heat from big business and still didn’t prove to working people that she would change the status quo, according to Sawant’s gloss. In contrast, her opponent, Bruce Harrell, stood unwaveringly with the business interest, and he blew her out of the water.

“It's not that just because you’re not a fiery Kshama Sawant that big business will somehow leave you alone,” Sawant said. “...If you want to fight for working people, then actually fight for working people and not in a mealy-mouthed way that plays to two sides that actually have opposing interests. Do it unabashedly. Don't apologize for it. Do it because it's important and it’s a good use of your life, and working people will come and support you.”

That strategy didn't pan out for the other lefties on the ballot that year, namely Nikkita Oliver and Nicole Thomas-Kennedy. It also didn’t pan out for Scott when he ran to represent District 4 in 2019. Scott campaigned as a proud Democratic Socialist, an open abolitionist, and an advocate for public housing. Still, he was the only candidate to lose to an Amazon-backed opponent in that year’s otherwise progressive sweep.

Scott said the left usually cannot out-compete their opponents financially, but they can outdo them with a ground game, especially in a district race. In his 2019 race, Scott learned socialists can find votes in unexpected places. For example, while Marxism might not be the first thing you associate with the Wallingford area, Scott won all but two of the 31 precincts on the other side of I-5. Scott credited his success in that neighborhood to his commitment to knocking every door in the district.

The left can also look to Socialist Alternative, who excited enough voters to save Sawant from a recall timed for basically the worst turnout possible. Socialist Alternative member Emily McArthur said a candidate must come into elections with a movement to ensure a dedicated volunteer base. Those volunteers must be fully committed to “ruthless” phone banking, text banking, and inviting supporters to mega canvasses.

To reach voters who have not shared their contact information with Socialist Alternative, the party’s volunteers canvass on street corners for months ahead of elections, building a near omnipresence in their district. Ahead of the recall, Socialist Alternative volunteers were so committed that they busted out their clipboards and leaflets on Saturday midmornings and on dark weeknights.

McArthur said Socialist Alternative will remain active in the city despite pivoting to a new, nationwide project, but she said it is “yet to be seen” whether or not self-proclaimed socialists will be of a “fighting caliber” to warrant sending in their troops for ground-game support.

With so much stacked against socialists in elections (and also the Red Scare), it's not hard to see why it took more than 100 years to elect Sawant after the last socialist left the council. Still, Scott said Sawant doesn’t have to be some lionized “once-in-a-generation” politician. Seattle’s left can make her just one of many socialists to sit on the council dais.