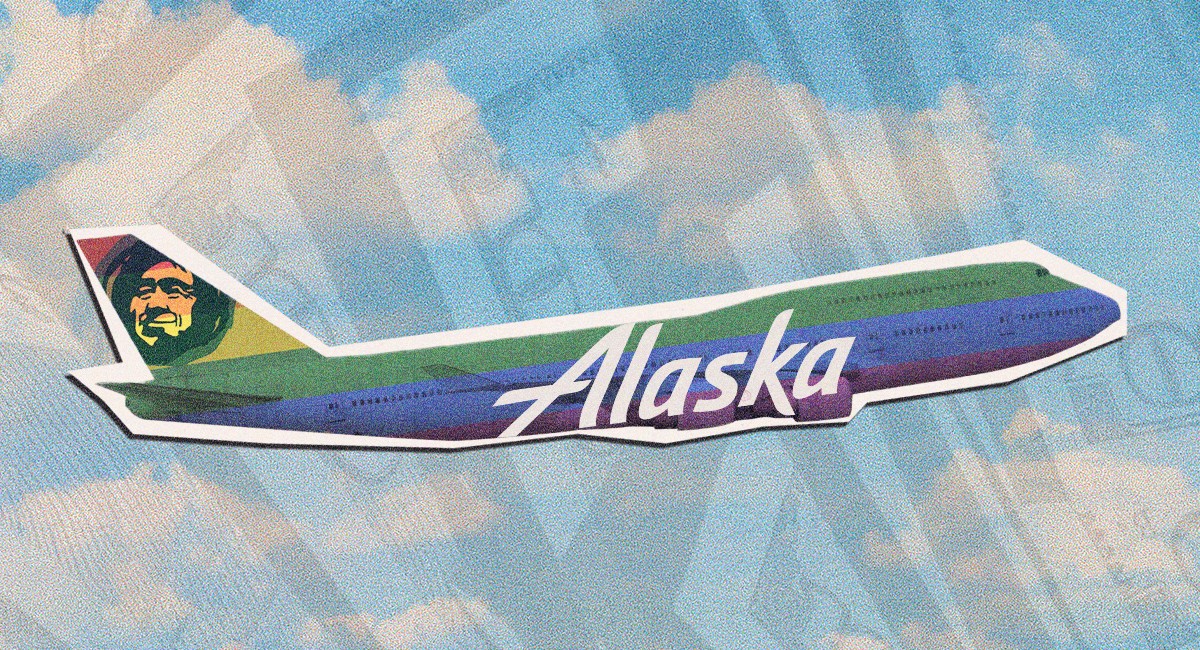 Would you trust this corporation's PAC to care more about your rights than their profits? Anthony KEO / GETTY

If you head out to a Pride parade and party in the park this weekend, you’ll see big, cheery banners for major corporate sponsors. But behind the rainbows, those same sponsors also send tens of thousands of dollars to politicians who work to strip queer people of their rights.

Those sponsors include Alaska Air Group, which in 2020 used a political action committee to send at least $30,000 to elected officials who oppose marriage equality, nondiscrimination, and allowing trans people to serve openly in the military.

Through their PAC, Seattle Pride sponsor Chateau Ste. Michelle sent at least $26,000 to conservative homophobes in Congress over the last two years.

Seattle Pride sponsor T-Mobile was particularly generous, sending around $100,000 to members of Congress who have voted to block The Equality Act, ban adoption by same-sex parents, and amend the U.S. Constitution to ban marriage equality.

And that’s just the tip of the iceberg.

Alaska Air, Chateau Ste. Michelle, and T-Mobile are the three largest sponsors of Seattle Pride, which organizes the annual parade, among other year-round projects. None of those companies responded to requests for comment, but their giving speaks for itself.

Here in Washington, Alaska's PAC gave Representative Jaime Herrera Beutler $3,000, despite her opposition to marriage equality, a vote against The Equality Act, a vote to protect Trump’s trans military ban, and her opposition to domestic partnerships in 2009 and 2008.

All those dollar figures are sourced from campaign monitoring organization OpenSecrets, and all represent just a handful of donations from each company’s political wing. The full dollar amounts, going back years, would be many orders of magnitude greater.

Earlier this year, Seattle Pride parted ways with Amazon over the company’s support for homophobic politicians: Amazon gave $450,000 to politicians who voted against The Equality Act in 2020, along with $11,000 to officials in Washington, according to NBC News. Amazon’s Smile program also channeled money to dozens of anti-LGBTQ+ nonprofits.

At the time, Seattle Pride said that they would evaluate all of their sponsors to ensure that Pride was not offering what could be seen as an endorsement of companies that support homophobic politicians. “We are reviewing our corporate partnerships to ensure our partners’ words and actions align with our organization’s values,” a spokesperson for Seattle Pride wrote in a statement. “It is critical they actively support – and do not harm – our community not only on parade day, but throughout the year.”

As of this month, that effort is still underway, according to conversations with staff — and it’s not unreasonable to think that the process would be slow-going. Investigating corporate donations is time-consuming work, especially for large companies with political histories that date back decades. Digging into politicians’ positions, past and present, adds an additional layer of complexity.

And while Seattle Pride has just three major “Presenting Sponsors,” they have over a hundred smaller sponsors at various levels, from Starbucks to Puget Sound Energy to The Stranger. On top of that, Seattle Pride isn’t the only queer game in town. There’s also PrideFest, a separate organization that runs the parties at Seattle Center and on Capitol Hill. Capitol Hill Pride is a smaller, separate local event. And then there’s Alki Beach Pride and White Center Pride.

For their part, Seattle Pride is working on finding a way to assure attendees that the sponsors they invite to Prides are not propping up the politicians who oppress us. Until that work is ready, and until every Pride can make a similar assurance, Pride attendees may want to regard any sponsors they see with skepticism.