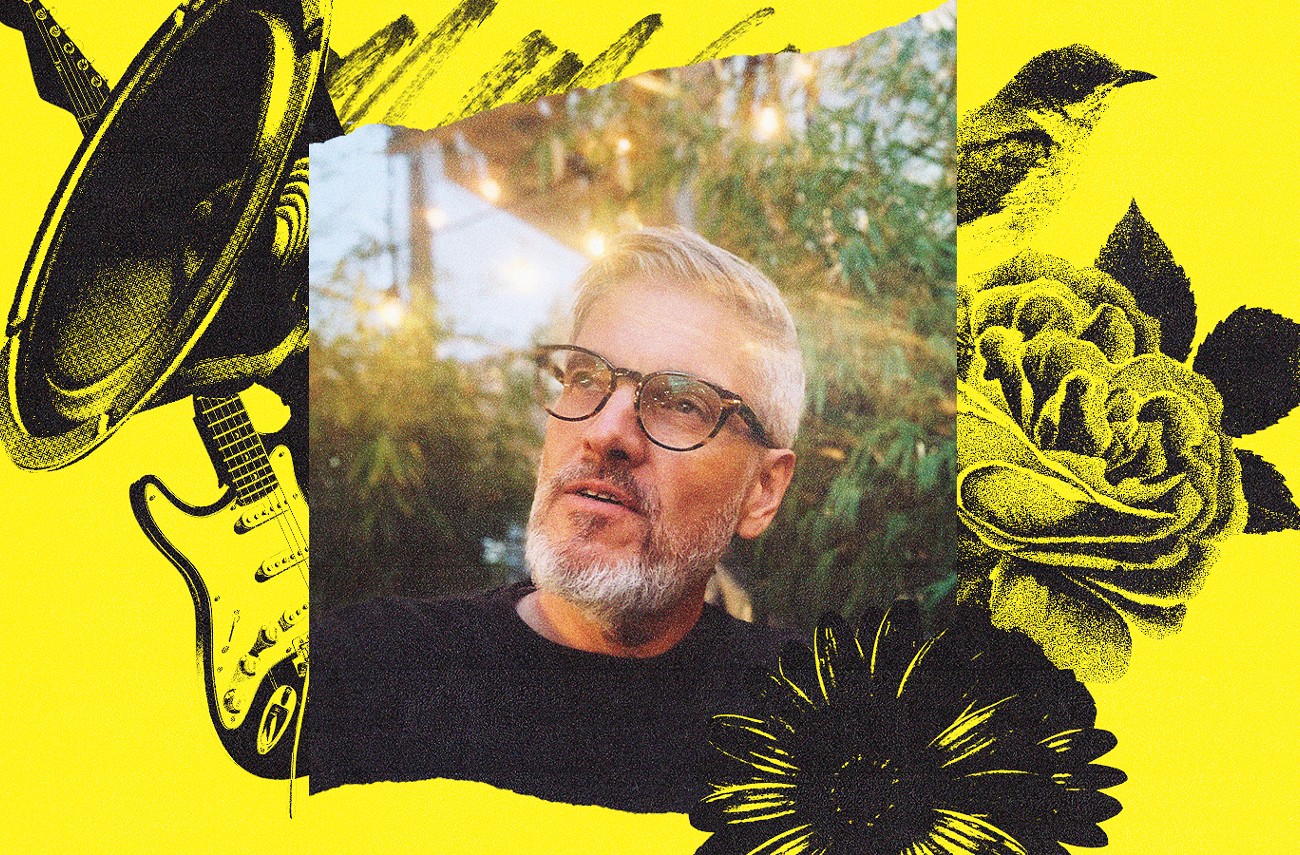 The Seattle chapter of Black Fret, led by Executive Director Ben London, has given more than $100,000 to local artists since 2020. Photo courtesy of Ben London/Art by Anthony Keo
Save Seattle Music

Support Local Bands and Artists at These November and December Shows

The State of the Seattle Music Community From Talent Buyers' Perspective

We Spoke to Musicians, Talent-Buyers, Club Owners, and Leaders in the Music Community to Find Out What Happens Next

In February 2020, when most Americans still thought Corona was just the name of a Mexican beer, Ben London was preparing to launch the Seattle chapter of Black Fret.

Since being founded in 2013 in Austin, the membership-based organization has given more than $2 million to independent artists, no strings attached. Music fans pay a $750 annual fee, and in exchange they’re invited to private performances throughout the year. Then, come grant time, members and previous Black Fret grantees vote on the next round of artists to receive a grant that comes from the pool of membership money.

London had been preparing to launch Black Fret in Seattle since 2018, and all his fundraising culminated in a swanky invite-only party at the Collective Seattle, with live music from Jacob Hoffman, Kris Orlowski, and CarLarans. But then the world shut down.

“We had our launch event on February 29, 2020,” he says. “I remember going down to the event that night, and it reminded me of the first minutes of every zombie or apocalypse movie you’ve ever seen. The pandemic hit and we had to throw everything out the window and go into triage mode.”

Still, London and Black Fret rallied—the organization was able to award 10 $5,000 grants to an impressive roster of Northwest talent, including Chong the Nomad, Sera Cahoone, the Black Tones, and Tres Leches. The next year, despite the pandemic’s waves of financial instability and donor fatigue, Black Fret raised enough to give 11 $5,000 grants to a new crop of musicians. The money is theirs to spend as they please.

“There’s a lot of focus on crisis intervention and not necessarily business development,” says London. “Our grants are unrestricted. You can use it to pay your rent, fine. Particularly during the pandemic, if you need to eat, whatever. But historically, the idea was really these are funds that you can use to make that record, hire that publicist, make that music video, or do a photoshoot.”

In that way, Black Fret is different than many other artist aid organizations. Sweet Relief, Music Health Alliance, and MusicCares are vital, but they’re primarily focused on crisis relief including mental and physical health care, addiction support, and money for related bills. Seattle Musicians Access to Sustainable Healthcare (SMASH) also offers assistance with healthcare, but in recent years they've expanded their offerings to include more preventative care, including comprehensive dental care, hearing testing and protection, and vocal screenings.

That these organizations exist is wonderful! That they need to exist only illuminates all the ways in which the City has failed our artists over the years.

Denise Burnside is the executive director of SMASH. The foundation was founded in 2015 by Ian Moore and Jacqueline Ryall and they officially launched in 2017. SMASH brought Burnside on in February 2020 to exponentially expand services. The issues both orgs aim to address aren’t “pandemic problems,” they’ve been problems for years, and Burnside would know. She was the general manager at the Showbox in the early 1990s, she was COO and CFO at KEXP for more than a decade. She also co-owns The Clockout Lounge.

“I personally think that music is our art form,” says Burnside. “In our region, music is our muse in the same way that you might say in Venice it’s glassblowing. It’s not to say there isn’t other great art in Venice, but they understand that there’s tourism and an economy around it. There’s a whole system that needs to be supported in order for it to thrive.

“I don’t think Seattle has been willing to put that stake in the ground, and I think that has been very harmful to our music creative economy. I think we have a problem admitting that music is our muse and our governments, our people need to value that when we make rules, regulations, funding for arts, nonprofit support.”

London agrees. He’s been a part of Seattle’s music community for decades, too, both on and off the stage. He’s in bands Alcohol Funnycar and STAG, and he held senior positions at the Pacific Northwest Chapter of the Recording Academy (aka the Grammys) and Experience Music Project (now called MoPOP) and board seats at Seattle Music Commission, KEXP, and The Vera Project.

“Black Fret is not the solution,” London says. “We are working, but we are not at the scale where we could be a solution. Even in Austin, where they’re giving out $250,000 a year, I feel like we’re still scratching the surface. There are a lot of things that I think we could do better as a music community to define what it is we want or need and then advocate for that.”

The main thing the scene needs is money, of course. Both Burnside and London—and 99% of the musicians I’ve talked to over the past few weeks—agree that money can do a lot of good to revive the scene. But it won’t solve everything, and that’s when things quickly become more tangled and nuanced.

“We all have different challenges we’re facing,” says London. “What feels like a universal message, it’s really hard to get to that consensus. I think about the nuts and bolts. Infrastructure stuff. Are there things we could do around working with the City or the state to create resources in terms of, you know, physical stuff, like a building full of practice spaces that could be subsidized? They made community college free in King County [via the Seattle Promise Program]—should there be a music program that people could attend for free that really teaches them more of these things they need to know to make a career in music?”

Accessible practice and even show spaces are in the works. Culture Space Agency is a "mission-driven, values-based cultural real estate development company" with the goal of buying buildings and property to offer affordable real estate—both residential and commercial—to artists, musicians, and related organizations. Jas Keimig wrote about the group's latest get last month.

And to the City's credit, the Office of Film and Music and the Seattle Music Commission, where both Burnside and London have sat as commissioners, keep updated lists of resources and services, and the Office of Arts & Culture offers a variety of grants to artists of all kinds.

One thing Burnside has started to think about is what it would take for Seattle to develop its own version of the MacArthur Fellows Program for musicians, which would include a basic income—"funding to stabilize yourself, figure out who you are as a musician"—as well as access to health and wellness services and other benefits.

The Washington state constitution prohibits "gifts of public funds"—basic income would be a gift—but there's nothing stopping private citizens and corporations from funding such grants. (Or, perhaps, throwing lavish fundraising parties to raise the money.)

“I honestly think by doing that, the musicians will go to the venues, they will buy a ticket, so the venues will get some of this money. They will buy instruments, they will rent jam space, they will rent recording space, pay engineers. I truly believe when people have money in their hands they spend it in the communities they live, work, and are creative in. I truly think is a win-win for our government … a way of saying we think this economy’s important. That is something I’m trying to work on right now. It’s in its infancy.”

It could be amazing, right? With our help. With our money. With money from the corporations that have moved into Seattle because they, at one point, recognized this city as a diverse, creative, energetic place to live. Or, things could also become entirely more fucked. Musicians could keep struggling, and some probably won’t survive; clubs could close. The really talented folks will move to cities like LA and New York where, sure, the rent is just as high but at least there are more professional opportunities. You think it’s bleak now? It could get worse.

“In my darkest moment I sometimes talk about Seattle becoming a music desert,” says London. “I never think there’s not gonna be live music seven nights a week, it’s just will any of it be made here? By people that live here? Or will it all just be national stuff that tours through? And I don’t know.”

Mission statement: “SMASH provides access to free and low-cost medical, dental, and mental health services for working musicians in the Puget Sound area, plus support for navigating the complicated and frustrating healthcare system.”

Mission statement: “Black Fret supports local music as art, worthy of the support of our communities.”

Mission statement: “MusiCares helps the humans behind music because music gives so much to the world.”

This story has been updated to correct SMASH's founding date and clarify the list of services offered.

Comments 1
Tags: Save Seattle Music Music
The Stranger depends on your continuing support to provide articles like this one. In return, we pledge our ongoing commitment to truthful, progressive journalism and serving our community. So if you’re able, please consider a small recurring contribution. Thank you—you are appreciated!
CONTRIBUTE NOW

More In Save Seattle Music 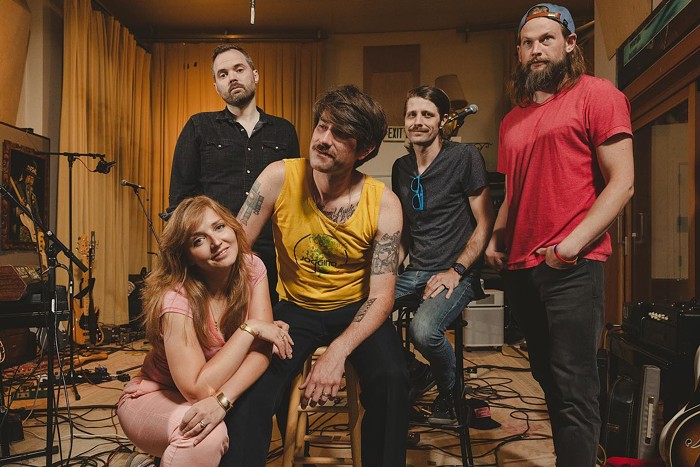