If these aren't the spheres of a company profiting of transphobia, then I don't know what they are. DAVID RYDER/GETTY IMAGES
Back to article

Pride and sweeps pair well. Proud of Mayor Harrell too.

Hannah drives and doesn’t pay taxes on her car. The hypocrisy is fucking hilarious.

@3: "Hannah drives and doesn’t pay taxes on her car. The hypocrisy is fucking hilarious."

And thanks to the festival of risibly abject incompetence which was The Defunderpants Gnomes Visit City Hall, she doesn't have to pay tickets for not paying taxes!

I don't think the Stranger even has a coherent political philosophy anymore, just the belief that laws are bad, and to obey laws as little as is humanly possible.

“tiny shelters. . .
are not housing and
will never be housing.”

Possibly.
but with an
Outta Control
Climate and Billionaire
Backing of Fossil Fuels and
no Mandate* for Greening America

*thanks ‘republicans’!
the ‘party of ‘Life’’
Executions &
Forced
birth

I don't think it ever did. It is a regular newspaper, not a political party, nor the paper for a political party. The opinions expressed by people like Hannah are merely her own. Essentially they have a bunch of columnists who also report on the news.

Endorsements are different. Those involve a board, and while there are disagreements, it has always leaned to the left. To suggest that it is anarchism though is a big stretch (and giving them too much credit). It is a mix of practical and impractical choices in the democratic-socialist range. This is not radical by any means, as it is common for advanced democracies throughout the world (although admittedly relatively rare in the U. S., where reactionary conservatism and right-wing nationalism have been more common over the last fifty years).

Two pro-vegan blurbs today... is The Stranger actually developing a moral compass rather than being just another non-vegan "leftist" hypocrisy machine?

You store your car on the street and don't even pay to register it? And brag about it? Fucking lame.

tell your Editor(s)
fo fuck off with
the fawking
T.Ms.

are you
or are you Not
Fucking capitalists?

LOL, on parking tickets, I think Hannah and Jason Rantz share the same outlook on government incompetence and not paying what they owe. The extreme wings of any ideology eventually find common ground. Perhaps the way out of this modern political polarity is a mutual rally for anarchy. Which never bodes well for the vulnerable among us, but I’m just sayin what I see.

we sweep ‘em here
we sweep ‘em there
we sweep ‘em every-
where where they go we don’t know
but moving them around feels like
Progresss! So sorry ‘bout your shit
(we couldn’t give a whit you don’t
Deserve anything – which is why
you are There. It’s only just
Moral Failure and thank
Gawd we’re not on
the Streets there
with you).

I've kinda been in mourning since my favorite restaurant, Wedgwood II Vegetarian Thai in Capitol Hill, closed down at the end of April. This Ben and Esther’s vegan Jewish deli might be my reason to start dining in Capitol Hill again on a regular basis.

Acknowledged that it's not like there aren't other plant-based places in Capitol Hill. Just, I had my favorite which I went out of my way to go to.

and Hopefully
not in one eye and
right back Out the other.

Wow, I had no idea that the 30 employees who staged the die-in were elected to speak for all LGBTQ+ employees at Amazon. Amazon has over 1M employees worldwide and at least 85K in WA State so even taking the lower number these 30 represent less than a third of 1% of employees here in WA. If they want to advocate for censorship that's their right but don't pretend they speak for the majority.

@6: A "regular newspaper" doesn't have a coherent ideology, which guides the selection of which stories to publish, which editorials to write, which endorsements to make? What color is the sky in your world?

I've read almost every edition of the Stranger. They didn't bother with politics for the first few years, but after they started covering politics, they were reliably left-liberal for their time (e.g, in the mid-90s, they were reliably pro-LGBTQ+ rights, but had no real position on marriage equality), exactly as one would expect of an alt-weekly in a liberal city of the Western world.

By contrast, the carelessly scofflaw attitude the author of this post brags about having is a relatively recent development. Calling filthy, illegal encampments "compassionate," saying even domestic violence shouldn't be punished if it's a misdemeanor, opposing the City Attorney's effort to put repeated offenders in drug or mental-health court, even when the defendant clearly displays mental disorders (including drug addiction) -- this is all new, arriving over the last few years.

"To suggest that it is anarchism though is a big stretch (and giving them too much credit)."

Thank you for agreeing with me on the last part, but I didn't mean to suggest it was anarchism; anarchism is a coherent political philosophy, and so I had already excluded it from consideration. It's just a carelessly scofflaw attitude, exactly the kind of nonsense we'd expect of Tim Eyman or his supporters -- right down to refusing to pay for car tabs (!).

@9 (first of two @9s) - If your second paragraph was meant to pertain to what I wrote @4, then you missed the point. The attitude displayed by the author of this headline post comports completely with what other writers at the Stranger also display. There's nothing remarkable about that. (Or do you seriously expect a writer here to endorse Republicans?)

@15: Thank you for your vindication. (Now look behind you, there's a fascist gang of billionaires armed with barrels of crude oil, coming to steal your teddy bear!)

as you make lite of our precious Billionaires
siphoning the Wealth outta the Citizenry
fellatiating tihem appeasing them
they Admire your pluck but
Appreciate your Support
and may -- you keep it
Up eat you Last.

didja ever get
any Proper salve
on them tentsores?

"Ben and Esther's, a vegan Jewish deli, is coming to Capitol Hill."
Vegan corned beef & vegan Ruben. I can't wait. Oy vey!! (Though I really wish I could find a restaurant that appealed to me and get into vegetarian food.)

@4, "....just the belief that laws are bad, and to obey laws as little as is humanly possible."
This seems to be a growing sentiment among most of the uneducated in our nation, thanks, IMHO, to BLM & all the other 'Defund' nincompoops. They need to look up the list of black ministers (Two-thirds of the Black Congressional Caucus incl Mfume & Rangel, 58% of the black population, The 10 big-city black mayors, 41 of the most prominent black ministers (https://zfacts.com/black-religious-leaders-backed-1994-crime-bill...not necessarily authoritative, but representative)) who supported.....ney, DEMANDED the hated 1994 Crime Bill, and then meditate for a few years on what actual, effective political action really is. Which is why I'm so tired of the hypocrisy of today's black 'civil rights' advocates. At least white activists have an excuse: They just don't know what they're talking about.

@6, "The opinions expressed by people like Hannah are merely her own."
Just asking.....So you think it would be OK if we just get a few Klan members in here to merely express their personal opinions?

@7, I don't see how diet has any real connection with morality. For me this is more important: "A man is not defiled by what enters his mouth, but by what comes out of it."

@18: Not to upset your precious wank fantasies concerning goose-stepping gangs of jack-booted billionaires constantly thrusting their huge throbbing oil rigs at you, but I doubt very much any real billionaires monitor the basements of Slog comment threads, let alone scribble notes like baseball purists scoring Game 7 of the World Series.

@hanna sorry for calling you out on The white entitlement you have. I know it can be hurtful, but you can use that to make Changes for the blog and help improve our city. Don’t succumb to the entitled spoiled mentality that some of these people have who voice their opinions. . You have talent for being an incredible writer, and I encourage you to follow your heart, not obligations based on job policies. 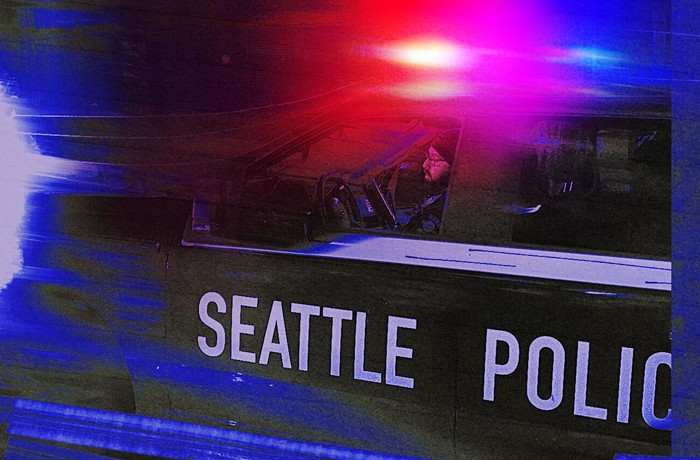 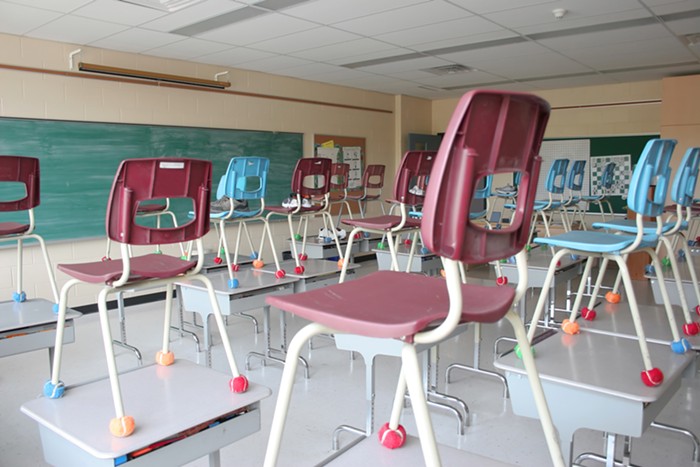