It's been so inspiring to watch Serena Williams on the tennis court. Clive Brunskill / Getty

Washington State Ferries to receive $38 million from the Federal Highway Administration: The reason? To improve ferry service. According to the Seattle Times, this is the first major money release since Congress passed the Bipartisan Infrastructure Law. Washington received the biggest funding allocation for ferries, with the King County Department of Transportation also receiving around $4 million. Hopefully this means fresher tots in the galley.

About that Mar-a-Lago raid...Sources told the New York Times that the FBI search appeared to focus on classified documents Trump brought with him from the White House to his gaudy fortress in Florida. Though this raid doesn't mean that Trump is necessarily guilty, Republican leaders are PISSED. Rep. Marjorie Taylor Greene called for defunding the FBI (an idea I can support) while House GOP leader Rep. Kevin McCarthy said he'd investigate the Department of Justice if and when his party took over the House. Trumpers even came through to Mar-a-Lago to show their support for the former president, who wasn't in town:

The crowd near Mar-A-Lago continues to grow into the night following that search warrant earlier today @nbc6 @NBCNewsNow pic.twitter.com/FQqppzeXYQ

Apropos of nothing, Trump's Secretary of State Mike Pompeo and 2020 election denier Doug Mastriano are set to appear in front of the January 6 committee sometime today. Looking forward to hearing what they have to say about their GOP daddy!

Speaking of raids: Police arrested and charged The Flash actor Ezra Miller yesterday for felony burglary in Stamford, Vermont after Miller allegedly stole several bottles of alcohol from a home when the owners weren't present, reports Variety. Miller has been on a tear, allegedly attacking and harassing people literally around the world.

Fogón's Mexican corner store/bar opens on Capitol Hill: El Lugar is selling tamales, tortas, pan dulce, and micheladas!!! According to Capitol Hill Seattle Blawg, the grocery will also feature bread from Pueblo Viejo, a bakery in Monroe owned by the parents of Fogón owner Noel Cortez. The bar portion, however, isn't quite ready, but it will open sometime in the next month. This weekend is also Fogón's 10th anniversary, and there will be a drag brunch for the girls, gays, and theys.

The greatest athlete ever will retire after the US Open: Tennis legend Serena Williams announced in a Vogue essay that she is "evolving away from tennis" to focus on other things that are important to her, reports Yahoo. Williams is hesitant to call it a retirement but says she wants to grow her family and venture capital firm. "I'm torn," she wrote. "I don't want it to be over, but at the same time I'm ready for what's next." Read the full thing on Vogue's website. Also, the photoshoot is stunning.

A sports bar, but for WOMEN: Coming this winter, Rough & Tumble will open in Old Ballard as Seattle's home for women's sports, reports MyBallard. There will be huge screens playing OL Reign and Seattle Storm games as well as "better-than-you've-had game time grub." Sounds cruisey to me! And while women's sports will be prioritized, they also plan on playing Sounders, Mariners, Kraken, and Seahawks games whenever they are on. The exact location of this new pub hasn't yet been announced.

The US government is stretching out its monkeypox vaccine supply: Kinda like putting water in a soap dispenser you KNOW is empty, the feds apparently want FDA emergency authorization for an injection method that uses one-fifth as much per shot. According to the New York Times, the "intradermal injection" would inject one-fifth of the current dose into the skin rather than the underlying fat. This decision is based heavily on one 2015 National Institutes of Health study, and many point out that this type of injection is difficult to administer.

The US Select Committee on Economic Disparity and Fairness in Growth is visiting Seattle this week: The committee is exploring how to reduce economic disparity, and our city is serving as a case study on what works and what doesn't work, reports KING 5. The committee, which includes Rep. Pramila Jayapal, visited with local workers yesterday at a roundtable. They also plan to tour the port and speak with union workers today,

Things aren't looking good for the Seattle art scene: A new study from the Puget Sound Regional Council found that our region's arts and culture sector "may experience a significant exodus in the next few years, as arts and culture workers—especially younger workers—are considering leaving the sector or the region," reports Crosscut. Higher wages, more affordable housing, and student loan forgiveness were some of the biggest ways to help the arts community. More from Margo Vansynghel:

Issey Miyake is dead: The iconic Japanese designer died of liver cancer in Tokyo on Friday at the age of 84. Miyake was best known for his innovative, cutting-edge micro-pleated clothing—which has enjoyed a recent resurgence—and his perfumes, as well as for designing Steve Jobs's signature black turtleneck. A survivor of the atomic bombing of Hiroshima, Miyake was a "famously private person," writes the New York Times, however, he did not consider himself a "fashion designer." “Anything that’s ‘in fashion’ goes out of style too quickly," Miyake told Parisvoice in 1998. "I don’t make fashion. I make clothes." We lost a real artist today.

Some media movez: Axios sells itself to Cox Enterprises for $525 million, reports WaPo. The 124-year-old media company will own 70% of Axios. The news site's founders and employees will retain around a 30% stake.

A Texas church did an allegedly unauthorized Christian restaging of Hamilton, and they ended it with a sermon comparing gayness to drug addiction, reports NBC News. I obviously don't support the message, but it sounds at least a little more engaging than the original play.

Lightning and thunderstorms in the forecast: From tonight into Wednesday morning, there's a chance of thunder and lightning as the Puget Sound region is hit with an upper-level low-pressure trough from off the coast, reports the Seattle Times. Thunder puts me right to sleep!

For your listening pleasure: If you ever wanted to know what 20-year-old Jas was listening to repeat on SoundCloud, it's SZA's "twoAM." I almost can't believe she officially released it! The track is a flip/response to PARTYNEXTDOOR's "Come and See Me."  Big sad boy/girl hours. 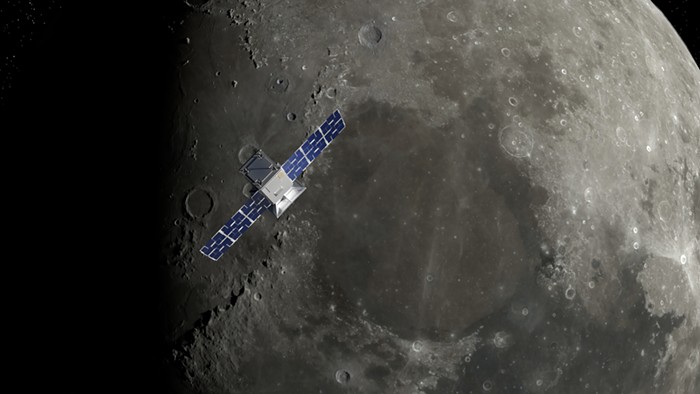