As one Capitol Hill empire enters dusk, another enters the day. The former empire is run by Linda Derschang; the latter, Joey Burgess and Murf Hall. The latter, known as the Burgess Hall Group, announced today that it had bought Derschang's Oddfellows Café + Bar and the café Little Oddfellows, which is inside of Elliott Bay Book Company, a business the that Burgess Hall Group also recently bought. Capitol Hill Seattle Blog has the details, if, as Kate Bush put it, "you want to hear about the deal."

Seattle Times food writer Tan Vinh pointed out that Derschang, who now only owns two joints in Seattle, Linda’s Tavern and King’s Hardware, "is moving to New York City this fall." This is, of course, the end of an era, of a movement that began when Linda's Tavern opened on Pine Street in 1994. Many say Kurt Cobain's last public appearance was in that bar.

Sorry, black bear. You died because of a bloody jogger in the woods. Humans. The endless animal. KOMO:  "The Washington Department of Fish and Wildlife says a black bear was killed on Wednesday after it attacked a jogger in central Whatcom County. The man was jogging on a trail in a forested area north of Lake Whatcom around 8:30 a.m. when he was attacked. He sustained injuries to his hands and feet and was taken to a local hospital. He was released later that day." The black bear was condemned to death for being a black bear. May there be a bear god on the other side, though I very much doubt it. And god forbid you encounter a human god on the other side. The way some humans describe Him, He sounds even worse than humans.

If you live in Columbia City or South Seattle in general, then you got to really feel the Blue Angels on this cloudy afternoon. The jets rumbled through the low and autumn-looking clouds, and then appeared right over our heads. I wanted to hate them so much, but I couldn't. They reminded me of the kind of civilization I choose to live in. Orthodox economics ignores this fact. It's called military Keynesianism. It's a macro mechanism that removes a huge amount of surplus capital that blocks the market's drive to accumulate more and new capital. Even Marx had a hint about this function of military expenditure in 1857. He wrote in the Grundrisse: "The impact of war is self-evident, since economically it is exactly the same as if the nation were to drop a part of its capital into the ocean." In 2022, the US's military budget expanded to an astonishing $777.7 billion.

Caught a fleeting glimpse of the Blue Angels in #Seattle pic.twitter.com/0iKdRrnYk0

The sky, however, will be clear for the Blue Angels this weekend:

Thurs AM drizzle tapers off throughout the Puget Sound. Clearing expected around 2 pm. Temps remain cool today & are about 5-10 degrees below avg. If you grab a jacket, today's a good day to take a walk around the block before another warm up this weekend. pic.twitter.com/SmAbh2wRvS

State Superintendent Chris Reykdal "released a plan Thursday that would allow high school students aged 16 and older to earn elective credits toward their diploma through paid work experience, according to KIRO. Do not fall for this regressive nonsense. An education is not work; it is, in the deepest sense of our Western culture, that is the Greek sense, leisure (σχολή - skholḗ). We need to reward students to study math, science, literature, and other arts. And if we need to pay students for anything, then pay them for their leisure—that would be progressive. Much of the work available to students teaches absolutely nothing of any importance, and the work ethic is bogus.

The Alex Jones trial has also put on trial what one former White House official called "alternative facts," which, of course, are not facts at all. They are not even "spin." They, in a semiotic sense, refer to nothing real, factual. They have no, in a word, facticity, as they are wholly fabricated. But alternative facts form the substance of a major American political party. Also people on cable and the web make millions from the distribution of anti-facts. This is why today the Texas judge had to order Jones to stop lying. This was not his show. This was a courthouse trying to determine the truth. So tell the truth. Jones was utterly stunned to hear this.

This video is a comfort to me. pic.twitter.com/NPSKCQEnlt

Where did the 4,500 tips that the FBI received during the Brett Kavanaugh public hearings go? To the White House.

The FBI arrested today the four current and former Louisville police officers who participated in the raid that ended Breonna Taylor's life in 2020. The Department of Justice "accused three officers of knowingly including false information in an affidavit used to justify the raid and a fourth officer of firing blindly into Ms. Taylor’s apartment from outside, sending bullets flying into a unit next door where an unsuspecting family slept." The US Attorney General Merrick Garland said, during a press conference, that Breonna Taylor should not be dead. She should be in here, and here is where all life takes place.

Russian judge sentenced WNBA star Brittney Griner to nine years in prison for "drug-smuggling." Griner's only crime was being at the wrong place at the wrong time. Also, being black didn't help. Griner had "less than 1 gram of cannabis oil in her luggage."

Before her sentencing in a Moscow courtroom, Brittney Griner said she had made an "honest mistake" in bringing hashish oil into Russia.

She was sentenced to nine years in a penal colony. https://t.co/GXr3VWeNcG pic.twitter.com/NeC2enSd0s 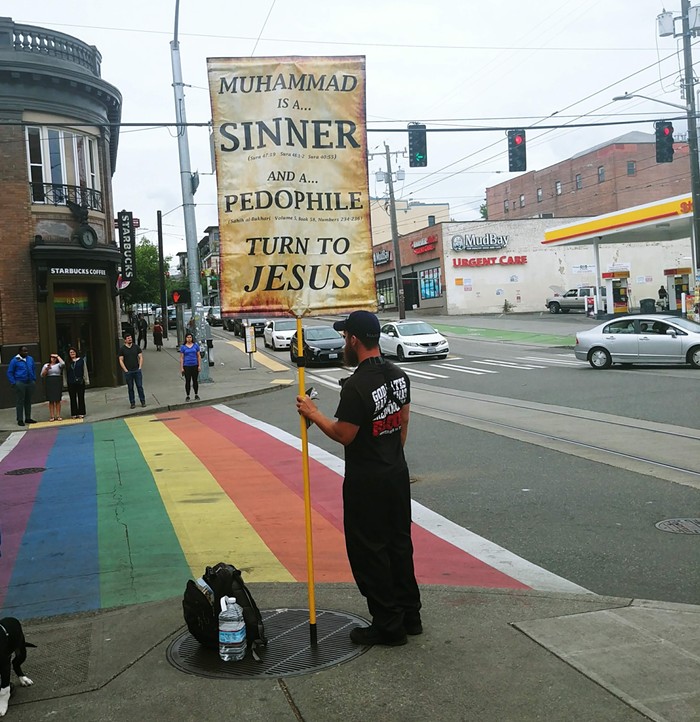