Soon to be decriminalized. mokee81/getty images

Big day for SCOTUS watchers! The Supreme Court is back, baby. After gutting reproductive freedoms in their last session, the court returned today to take up cases regarding voting rights, affirmative action, discrimination protections, and election processes.

Why did the Californian cross the road? California has legalized walking from one side of the street to the other. “Jaywalking,” a fake crime made up by car companies about a century ago and used to disproportionately harass people of color, will be decriminalized as of January 1, 2023.

Want to park your bike somewhere new? Well, you can’t, not until 2024 at least. According to this email from SDOT, they’ve run out of money for new bike racks so you’ll have to wait a few years for the city to install any more.

who has a bike rack and a drill? i will do it myself instead of waiting until 2025 pic.twitter.com/LlDW3xnBza

Have you watched the new Jeffrey Dahmer show? I can’t bring myself to look. I was alive when it was happening and it’s still too much for me; I can’t imagine what it must be like for the families of the victims. But I don’t have to imagine, because one of them has spoken very clearly about what it’s like to see the worst tragedy of their life turned into entertainment.

Why are racists so bad at hiding their racism? A homeowners association in Olympia has repeatedly gone after a tenant for owning a Black Lives Matter sign. First, they threatened her with fines for putting it in the window, so she moved it. Now, they’re threatening her again, this time for having the sign on her living room wall where it’s visible to anyone peering in through her windows. Really.

The ice bucket challenge is back, and now it costs $158,000. You remember the ice bucket challenge, right? Back in 2014 (when we were young and innocent), the social media campaign raised $115 million for ALS research. That money helped fund a study that contributed to the development of a drug that’s just been approved for ALS. Drugmaker Amylyx Pharmaceuticals says the treatment will cost patients about $158,000. Thanks for all that money, ice bucket challengers!

Looking for a public meeting to participate in? Look no further than Kirkland, which is holding a city council meeting at 6:30 pm tonight to discuss the creation of a Transportation Benefit District. The proposal would collect a small fee from polluters ($20 per motor vehicle) in order to speed up projects that provide safe routes to school, reducing construction time from 30 years to six years. (BTW thanks to Ryan Packer for keeping tabs on the many meetings like this every single week!)

Renton restaurant’s undisclosed ingredient: Toxic bacteria? Torero's Mexican Restaurant in Renton appears to be the epicenter of a small outbreak of E. coli. There have been three cases (mild enough that they did not require hospitalization, but still quite unpleasant) so far, dating back to the beginning of September. It’s a bit of a surprise since Torero’s health inspection rating was good.

And would you say that those mechanisms are working as intended? Following up on an item from today’s AM roundup, SDOT chief Greg Spotts confirms that his department performs maintenance on areas for vehicles but they don’t send crews to keep sidewalks clear for pedestrians. The city uses “enforcement mechanisms” to get private property owners to clear sidewalks, he says. Greg, I know you’re new here, but come on, we’ve seen how well that works.

In the spirit of reducing cognitive dissonance- city staff focuses on maintaining city assets like the median I tweeted. City staff typically don’t trim vegetation originating from private property - rather we use enforcement mechanisms to gain compliance

New sloth just dropped. Not literally, of course. Scientists have discovered that a species of sloth in Brazil is actually two different species. This second species was first proposed by a scientist in 1850 but nobody believed the guy until now. Appropriate that science would move slowly when it comes to sloth-related matters.

Not very neighborly. There have been some particularly shocking allegations of hostility and racism at the Phinney Neighborhood Association. According to a lawsuit filed by former Executive Director Dar'Nesha Weary, colleagues and community members bombarded her with racist comments and slurs. The organization denies it.

Fantastic, a fest. It sounds like Fantastic Fest, the Austin-based film festival focused on sci-fi, horror, fantasy, and action, was a real hoot this year. The week culminated in a startling exhibition of “dick destruction” presented by transgender filmmaker Louise Weard—it featured a collection of scenes from movies like Leprechaun 4 and Robocop and ended with footage from real-life gender affirmation surgeries. Read the full dispatch here.

Remember that LAPD officer who died during a training exercise this summer? Today, the lawyer for Officer Houston Tipping, who suffered a fatal injury during the training, revealed that several months earlier Tipping had taken a report that four of his colleagues sexually assaulted a woman. One of the officers involved in the sexual assault was present at the training where Tipping died, the lawyer says.

Lawyer for LAPD officer killed during training exercise by other cops says dead cop was investigating a gang rape by four cops at least one of whom was there when he was beaten to death. 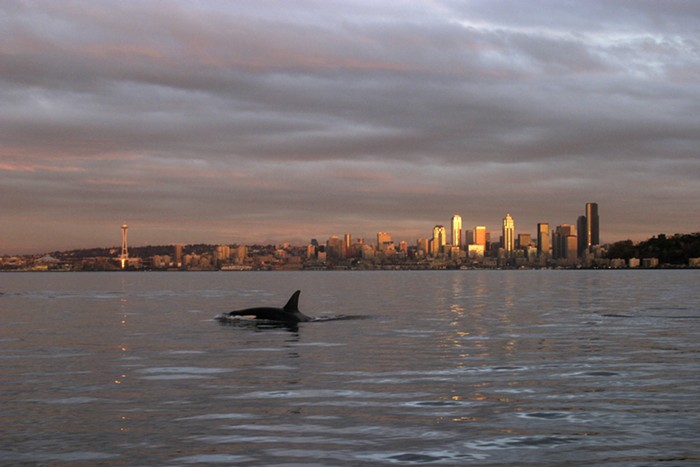