Chase Burns
Back to article

VP selection always gets a lot of hype so of course there are tons of people saying it's importance is greatly over-rated.
But I think it is important - no doubt in my mind Pence turned out to be a savvy move by Trump.
I have no doubt Palin was a liability. No doubt Biden was a smart choice.
I hadn't even thought about Cuomo, I was assuming it was Klobuchar and I am ok with her...
I have to think about this- we are in an utterly different world than we were even a week ago.

Yeah, Klobuchar is still the obvious choice. A white bread ticket. If Trump wins in November, Cuomo moves to the top of the 2024 field. I don't want to be impressed by the latest media hero, but damn, Cuomo is impressive in a crises.

Bernie Sanders is just in the race for spite now. Wicked old man. 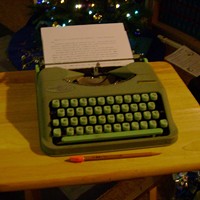 "People seem to have forgotten that Sanders is still in the race."

Yeah, and Thomas E. Dewey is too, technically

Fauci looks fucking excellent for being 79 years old. He could dunk on Bernie Sanders.

A 'Wicked olde man' wanting to give EVERYONE -- Regradless of Social Class! -- HEALTHCARE. In time of Panfuckingdemic, no less.

His Evil will never ever equal YOURS, Switfy.

Say, that reminds me -- did Grandpa Uncle Joe pass away, already? We haven't really seen him around much, lately. I hope he's staying SAFE, somewhere.

@8: Grandpa Joe, much younger that Grandpa Bernie, has been giving interviews. You can stop projecting "Where's Joe" at any time - but we'll continue to endure it as we have no choice.

@5. But you love wicked old men, or at least quoting them, my young...apprentice.

'Projecting' -- you keep using that Word rainy -- it doesn't Mean what you Think it means.

Oh, and if you were as Sharp as Fake "prez's" favorite fact checker/history revisioning Tool, you'd soon figure out -- you don't GOTTa read my Tripe -- you can Just Skip on Past

It'll really save you
(and maybe me)
Oodles of Time.

@rainy -- shootskis -- I totes forgot to put the word 'histrionics' in my wee rant to/at you -- please insert it wherevertf you think it most Appropriate. Thanks, again!

@8 @10 Bernie Sanders is pissing in the wind and covering you both with his foulness.

@4 -- You want to reward the guy partly responsible for the crisis because he gave a few good speeches? Damn, that's crazy. Just to be clear, Trump is the one most responsible for the failed response. He downplayed the crisis for months. He ignored previous reports about handling a pandemic. He is an idiot, and his behavior has cost thousands of lives.

de Blasio is also an idiot. He was almost as bad as Trump. But mayors don't have access to the information that presidents do.

Likewise with governors. But it is a huge stretch to say that Cuomo handled this, or any other situation well. He gives good speeches. He has always done that. Big fucking deal. He isn't even a good governor. His handling of MTA was horrible, and lead to feuds with transit heads and de Blasio, along with plenty of blame shifting.

In contrast, Inslee looks like Abraham Lincoln. Not a perfect governor, by any means, but his handling of this crisis is the best in the country, and he hasn't managed to fuck anything else up, unlike Cuomo.

@8 -- I was thinking the same thing about Bernie. Supposedly he is still running, but I haven't seen him out campaigning in a while. I hope he is OK.

Oh yeah, nobody is campaigning. Both Bernie and Joe are making speeches and holding press conferences in isolation. Last time I checked, Joe was on the air more than Bernie.

Oh, and both Biden and Sanders want universal health care. They just want a different system to get there. Biden wants the Swiss model while Sanders supports the Canadian model. Personally I would prefer the French model. Here is a comparison of sorts: https://www.nytimes.com/interactive/2017/09/18/upshot/best-health-care-system-country-bracket.html

I would also add that the devil is in the details. An underfunded single payer plan would still suck. Like Canada, the vast majority of people would buy supplemental insurance, but unlike Canada, it would cost a lot more, because the basic (governmental) coverage would be so weak.

Fucking anti-American homeowners defaulting on their goddamn mortgages. Why the hell didn't they plan for a pandemic when they bought in in the first place?

Beware the Invisible Hand, baby. It can caress or slap.

This announcement has been brought to you by the makers of Sargasm™, Explicatives For The Irony Impaired ©®

From the NYT: "You Shouldn’t Have to Risk Your Life to Vote"

"Holding a primary election in a pandemic, as Wisconsin plans to do on Tuesday, will suppress turnout and endanger public health.

On Tuesday, hundreds of thousands of voters in Wisconsin will be forced to choose between exercising their constitutional right to vote and safeguarding their own lives, not to mention the lives of their loved ones, their neighbors and poll workers across the state.

Governor Evers, a Democrat, initially supported holding the election as scheduled. In late March, after the state’s coronaviruses cases soared above 700, he called for absentee ballots to be mailed to all state residents.

On Friday afternoon, he made a last-ditch effort, calling the Legislature to meet in a special session on Saturday to consider legislation that would switch the state to all-mail voting, with a May 26 deadline for returning ballots.

Yet Republican lawmakers appear to be forging ahead with Tuesday’s vote, which includes many state and local races — and, crucially, a fight for a seat on the State Supreme Court, which already has a Republican majority.

It’s no surprise that front-line election workers, who come face to face with hundreds if not thousands of voters, are balking.

Roughly 7,000 poll workers have said they won’t show up for fear of being infected with the coronavirus. Who could blame them? Many are older and at increased risk from an infection.

Republicans insist that widespread mail voting would be an 'invitation* for voter fraud,' even though evidence suggests fraud is actually lower in states with all-mail balloting. They also argue it would be logistically impossible to print and mail so many ballots before Tuesday.

If so, then why not just push back the election, as Mr. Evers has proposed? The answer can only be that Republican legislators don’t want people to vote.

These are the same Republicans, you might recall, who in 2011 gerrymandered Wisconsin’s legislative district maps so egregiously that they were able to win more than 60 percent of the seats while losing the statewide popular vote to Democrats.

These are the same Republicans who, with that ill-gotten majority, passed a strict voter-ID law that denied ballot access to black and Latino Wisconsinites at far higher rates than whites.

Anybody heard how the final two Democratic Candidates stand on going thru with this Travesty of Democracy?

The legislation Evers wants lawmakers to consider would allow an all-mail election, following the lead of 15 states which have postponed voting in the Democratic primary due to the coronavirus pandemic, which had spread to more than 258,000 Americans at press time."

The state would be ordered to send mail-in ballots to every voter who hasn't already requested one by May 19, and voters would have until May 26 to return their ballots.

Republican* state lawmakers are insisting the election go forward as planned. In addition to the Democratic primary, Wisconsin voters are set to cast ballots in several local elections and a state Supreme Court race.

A victory for current Justice Daniel Kelly would preserve a 5-2 conservative majority on the court. As President Donald Trump suggested earlier this week, low turnout due to the pandemic could help secure Kelly's seat."

*Republicans -- not really giving
a Fuck about Human Life --Yours,
for instance, since birth since forever

@18 -- "Like Canada, the vast majority of people would buy supplemental insurance... "

How much more would they have to spend to get Decent Healthcare? Hundreds of dollars every month? Or is it like less than $100?

"... but unlike Canada, it would cost a lot more, because the basic (governmental) coverage would be so weak." --Ross

Both Sanders' and Binden's plans for single payer coverage are 'weak' -- In what ways? How about compared to what we have now?

And we now have shit like 'pre-existing conditions' exemptions, maximum Payouts -- that's IT, off ya go, go sell your home and spend Everything you have and then MAYBE you'll get your Health Disaster covered.

Oh, and look outside -- there's a fucking Pandemic.

Thanks for the link, Ross.
i shall peruse...

"Being a full-time American student getting a degree in France, I can 100% say their system is far superior. I pay 250 euros per year, get full coverage, and the costs for my prescriptions are so low I don't even bother to get reimbursed as its not even worth the effort (3 euros for a 3 month supply of my medication).

For non essential doctors yes, there is a wait, but for essential treatments I've never had to wait. I know students who've had full surgeries here, no problem.

Access to healthcare is a big reason why I am deciding to stay here for the rest of my education (not to mention the reasonably priced university fees, also only around 200 euros a year)" --Rachel; Moscow; September 18, 2017

Why The FUCK
can WE not Do THIS
right fucking HERE?!

We settle For SHIT.
Well Fuck me.

We are NOT Citizens.
We ARE consumers to
be Harvested for the good
of a very fucking Few. That
Needs to END. Like, Yesterday.

Oops -- looks like I spoke too Soon.
From Politico:

"Wisconsin's primary to go forward Tuesday even as coronavirus all but shutters the U.S."

The coronavirus pandemic may have closed schools, shuttered businesses, ended sports seasons and postponed the Democratic National Convention, but it hasn’t canceled Wisconsin’s primary on Tuesday.

Despite a last-minute maneuver from the governor, a stay-at-home order, a massive shortage of poll workers and pleas from mayors across the state to postpone the primary amid one of the worst public health crises in U.S. history, Tuesday’s election is on track to go on.

In an extraordinary snub on Saturday, Wisconsin’s Republican-led Legislature shrugged its shoulders at an eleventh-hour call from Gov. Tony Evers to halt in-person voting, gaveling in and out of a special session in seconds without taking action.
By Natasha Korecki and Zach Montellagro
04/04/2020 05:43 PM EDT

Republicans call themselves
"PRO-LIFERS." lying, like their
derr "leader" they are Pro forced
Birth and Pro Death too. And they're
willing to sacrifice US for themselves.