Andrew Engelson
Back to article

Why the Boeing Access Road Station? There's no there, there; no market for that facility. So why is it still in the plan? Equity is wonderful when it results in actual useful service to traditionally underserved people, but not when it's a capital investment that sits mostly empty most of the time.

Fuck Yes! This is great news. Kent Keel has been been chair of the board for only a few months, and already he accomplished more than Dow did for the decades he was in charge (OK, it probably wasn't decades, but still). Prioritizing cost effective projects is sensible -- and the opposite of what Constantine did. ST3 is still full of crap projects, but at least the things that make sense (infill stations) will be built sooner.

@2 -- It is hard to make the case for the station without an investment in other infrastructure. It would work great as a freeway station. Freeway buses from Renton and other southern locations could stop there on the way to downtown. That would allow those riders to easily connect to SeaTac or Rainier Valley. Likewise, we could add a Sounder Station there, so that riders could switch from the commuter train to the subway (e. g. Rainier Valley to Auburn). The Link station is really just a first step -- it doesn't make much sense in isolation.

Since the Sound Transit line has been on MLK for over a dozen years, it didn't make sense to schedule Graham St for so far away in 2036. 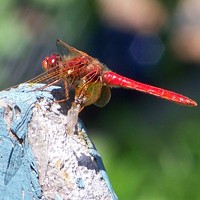 @4: Dow still got the direct connection from West Seattle (his neighborhood, 80% white) to UW. Sometime in the future, anyway.

Speaking of "no there, there" what's up with the NE 130th Street Station, anyway? And why such priority for it?

You know where there is a "there"? South Graham Street.

How 'bout prioritizing the Seattle Center station instead of the stupid switch from Link to monorail at Westlake? Assuming the pandemic ever ends, there will be 20K people headed to hockey games and other arena events presumably over 200 days/year plus the usual Seattle Center events/attractions. You don't want all those people driving on Denny and Mercer.

Why is a station being built at 130th Street?

Has anyone noticed how out of control the costs are on this rail project? Meanwhile the Transit Board of Directors heads out for a congratulatory beer. That's Billion with a "B" taxpayers. Who's gonna ride these rails? Anyone here on these threads? AgentSmith2 are you gonna make the scene with your fellow-travelers on this overpriced rail boondoggle?

@pollysexual, have you noticed how the cost of bread is out of control?!!! Or wood at the lumber store??!!! Or gasoline!!!!! OMG houses in the region cost so much!!!!!!!! It's called inflation, and it impacts ST projects just like it impacts your own, personal bottom line.

130th is midway between Lake City and Bitter Lake. It is part of a relatively dense, but very fast corridor (Bitter Lake/Pinehurst/Lake City). It is the fastest way to connect to Link for all of those communities. It is especially handy for folks in Bitter Lake, as their nearest connection to Link (Northgate) is terrible, and will always be terrible. It is likely that the 75 will be modified to go east on 125th/130th, and then north to Shoreline College (via Greenwood). That extends the corridor to a good section of Greenwood, which means that quite a few people would have a much faster connection to Link.

It also means that Metro will build a bus connecting the north end. Right now trying to get from Lake City to Bitter Lake is horrible. You have to detour to Northgate, and then take a very infrequent bus. The whole thing takes an hour, for a trip that takes less than ten minutes by car. The same is true for anything along the north-south streets (Greenwood or Aurora). Thus even though you have the very frequent RapidRide E, getting from Lake City to anywhere on Aurora takes forever. All of that will change when the 130th station is added, as the station is enough for Metro (an underfunded agency) to fund an east-west bus route.

It is worth pointing out that infill stations are ridiculously cheap compared to expansion. It is easy to argue that Everett Link or Tacoma Link is a bad value, but that isn't true of the infill stations. It is quite likely that Graham and 130th are the most cost effective stations (in terms of ridership per dollar or time saved per dollar). Previous assessments suggested as much (https://www.thetransportpolitic.com/2016/04/06/youve-got-50-billion-for-transit-now-how-should-you-spend-it/).