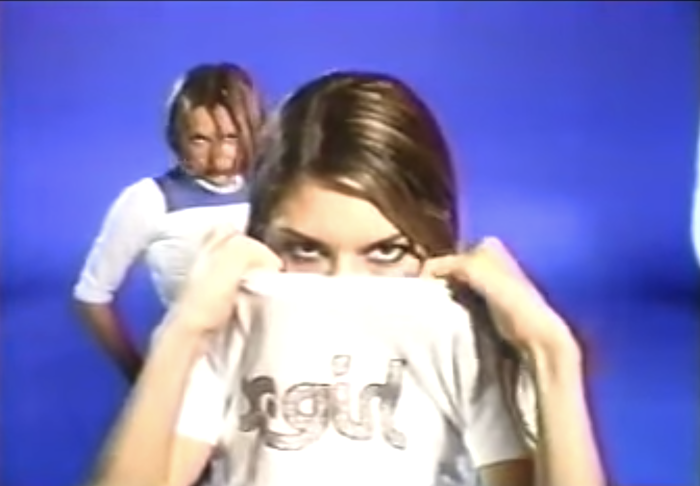 Someone restore this, plz and tx. Hi Octane | Comedy Central
Unstreamable is a column that finds films and TV shows you can't watch on streaming services in the United States. We announced a few updates to the column two weeks ago, so check that out if you haven't. And this week, we're going all TV, baby!

Our first two shows in today's column are available on YouTube. Lucky you! We still consider them Unstreamable (~read the fine print at the bottom of this post~) because the only thing keeping these episodes available to future eyeballs are some randos on YouTube. Bless those digital thieves, but we think these relics deserve better.

Marc Jacobs' influential fashion line Heaven (influential at least to me, Olivia Rodrigo, and my favorite Japanese YouTuber) dropped an Instagram post last week (above) that highlighted Sofia Coppola's failed Comedy Central show, described by W Magazine as a "short-lived Gen-X variety series." The show starred Sofia Coppola and Zoe Cassavetes—yes, they have dads—as they ran around and interviewed celebrities. It had late-night Public Access TV vibes—if late-night Public Access TV featured Gus Van Sant, Anna Wintour, and Sonic Youth's Thurston Moore. The show only got four episodes in 1994 before Comedy Central pulled the plug. Still, it's received a good deal of attention in recent years, getting fresh raves from Vogue, which called the lead duo "the picture of downtown nonchalance, dressed in tight shirts, low-slung pants, and with spunky hairdos."

Naysayers will say this is only interesting because of celebrity culture and '90s nostalgia, and they are wrong. The blurb format prevents me from giving a Ted Talk on all the ways they are wrong, but here's one way: In the show's second episode, study the way Coppola films Martin Scorsese giving a lecture on the art of filmmaking. Note the crying baby. Coppola's always had a strong point of view. CHASE BURNS

The first three episodes of Hi Octane are on YouTube. The fourth episode doesn't seem to be anywhere.
⚗️ TOO WEIRD FOR MTV ⚗️
THIS IS HOW THE WORLD ENDS
USA, 2000, 45 minute episode, Created by Gregg Araki

I love this shot so much. Still From This Is How the World Ends
All 45 minutes of Gregg Araki's This Is How the World Ends are bonkers. The very Y2K pilot he made for MTV in 2000 is jam-packed with dream sequences, a whacky mom, bus crashes, witchy lesbians, sad boys, people with names like Christmas and Magenta, a Chemical Brothers rave, sexy himbos, and a whole lot of desire—in other words, it's a classic Araki project. MTV promised Araki $1.5 million to shoot the pilot, but he ended up making it for half that when the funding couldn't come through. Unfortunately for me, MTV decided to pass on the surreal and horny teen series, relegating the pilot to drift around the internet.

Still, This Is How the World Ends is a look into Araki's brain at the time. Fresh off the release of the also unstreamable Splendor, this pilot reminds me a lot of Nowhere in that it's a queer and bizarre send-up of the kinds of original programming MTV aired back then. (Araki has referred to the episode as Twin Peaks for MTV, and David Lynch-collaborator Michael J. Anderson makes a wild cameo in the show.) Much of the plotline actually reappears in his 2010 Queer Palm-winning Kaboom, translated to a college setting. Eventually, Araki did make a TV series for Starz called Now Apocalypse, which only got picked up for one season. Someone please get this man an HBO deal! JAS KEIMIG

The first and only episode of This Is How the World Ends is available on YouTube.

I wanna live in the timeline where Gregg Araki’s 2000 MTV pilot THIS IS HOW THE WORLD ENDS went to a full series… pic.twitter.com/LmLNLDGyNd
— gregg araki fan club (@jaskeimig) April 8, 2022 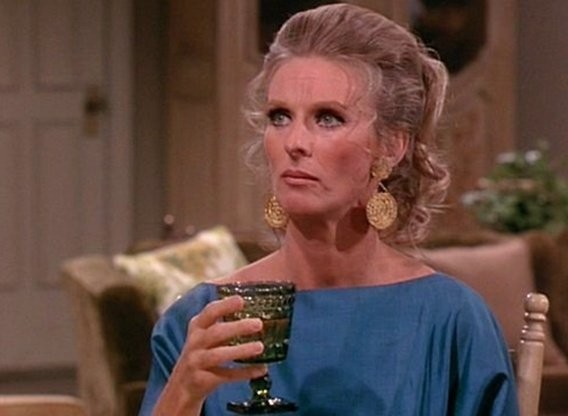 Why. WHY did the makers of Phyllis decide to open every single goddamn episode with THAT image, of all images? A spinoff of The Mary Tyler Moore Show that ran for two seasons in the mid-70s, Phyllis is generally a smart, funny, well-written show that just never found its crowd. But it sure doesn’t help that the theme song is an old-timey jazzy tune that starts with footage of a bunch of blackface minstrels. As I said: WHY??????

That idiotic choice is probably not the main reason why the show is unstreamable — its failure to attract much of a crowd when it originally aired is likely to blame. It’s too bad, because there are some real gems in its 48 episodes. (One more season and they could have syndicated! Come on!!!) One of the best is “Out of the Closet,” in which Phyllis (recently widowed) dates a man who seems reluctant to get physical. When she asks if there’s something wrong with her, he confesses that he’s gay. Good hijinks ensue. Watch for some truly bananas set design — pillars, a spiral staircase, and a sunken living room in a San Francisco apartment; and more ferns than an entire jungle.

Set in San Francisco, Phyllis easily could have had a gay character in the main cast (as Murray was originally meant to be on The Mary Tyler Moore Show) since it was a particularly fertile time and place for queer culture. Alas, we don’t see any of Harvey Milk, of the Castro Street Fair, of Pride, of bathhouses, of Sylvester, or of the Cockettes. But we do have a character who bears a striking resemblance to Dan White, several years before his murderous real-life rampage. Also three of the cast members died during the show’s two-year run, and a fourth passed away soon after it was canceled. God, that show was cursed. MATT BAUME

Two episodes of Phyllis are available on VHS to rent at Scarecrow Video.

Every week we feature one formerly unstreamable title that's now available to watch online. Although, sure, this week we've got MANY you can watch online. But only one of those is available officially and in fine quality, and that one's Chewing Gum.

The show introduced the world to the talents of show writer and star Michaela Coel, whose body humor, tight writing, and big brain distinguished her as one of the most unique performers of the decade. Her popularity only grew in 2020 with HBO Max's I May Destroy You, which turned her keen eye for life's tragicomic absurdities into a show that emotionally wrecked everyone.

Despite Coel's celebrity, Chewing Gum was unceremoniously removed from Netflix, its American home for the past four years. While it's most likely a rights issue, Coel has a documented rocky relationship with the platform and the production company behind the series. In "an unprecedented move," last year the series actually jumped from Netflix to HBO Max, a streaming company that is apparently foaming at the mouth to work with Coel. Good for her! (And us!) JAS KEIMIG

Available for rental at Scarecrow Video. Streaming on HBO Max.

Looking for more? Browse our big list of 350+ hard-to-find movies.

The fine print: Unstreamable means we couldn't find it on Netflix, Hulu, Shudder, Disney+, or any of the other 300+ streaming services available in the United States. We also couldn't find it available for rent or purchase through platforms like Prime Video or iTunes. Yes, we know you can find many things online illegally, but we don't consider user-generated videos, like unauthorized YouTube uploads, to be streamable. That's cuz they're unstable and often in bad quality.