Full disclosure on this one: The new comic Heretics of the Fathomless Realms is written by a friend of mine, so I won’t be reviewing it, buuuuuut I will be enjoying it very much. Colorful and queer, it’s the story of witty, troublemaking wizards in a world of eye-popping architecture and cozy jokes. The locally made book has already been Kickstarted beyond its goals, with another month to go for funding issue #2.

Also tickling the fancy of comics fans this week is a charming book about a gamer who unexpectedly finds herself the owner of a stray cat. Fittingly, she decides to treat the cat like a video game challenge and level the creature up; it’s an utterly delightful perspective on pet ownership as an eternally shifting puzzle to be solved. Great stuff for gamers, great stuff for cat lovers, great stuff overall. It’s not due to be released officially until the middle of May, but some retailers seem to have gotten it early.

Thanks as always to Phoenix for sorting through the new releases! Meow.

THE ADVENTURES OF DAI VOLUME 1: DISCIPLES OF AVAN I

One of the most popular manga series ever published just got a lovely English release, 33 years after its initial Japanese publication. The Adventures of Dai is a charming, all-ages adventure in which a young hero leaves his island home with a princess to fight a sinister evil force. Okay, it's not the most original foundation for a story, but readers will be won over by the hero’s adorably naive enthusiasm, the weird comic monsters, and the clenched-teeth battle posturing. If you’re a fan of anime where muscle-men glare at each other across a rocky terrain and sputter lines like “that’s … impossible … his power rating just amplified ten thousand percent!” then you’re in for the time of your life. And though the tropes may feel a bit worn, that’s only because this is the book that honed them. A great translation with beautifully-placed lettering, Viz really outdid themselves with this one. 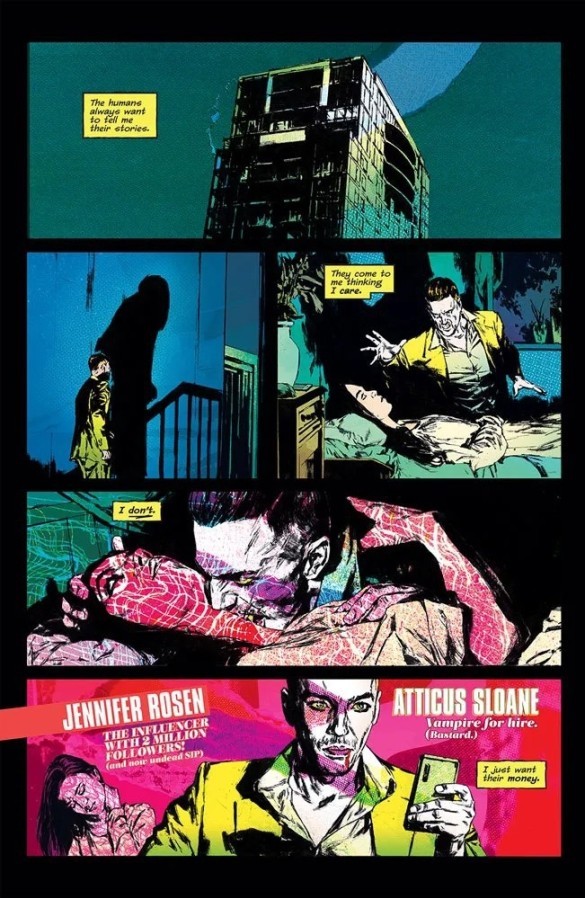 Tired of swoony romantic heartthrob vampires? Perhaps you’ll prefer dirtbag vampires instead. This entertaining twist on the genre posits a world where those born as vampires are classist snobs who look down on people who are turned into vampires later in life. Our hero is something of a grizzled mercenary, an original-born vampire who’s only begrudgingly tolerated by his sharp-toothed family, and who makes a quick buck by charging humans for the service of sinking his fangs into their necks and turning them. This line of work doesn’t particularly endear him to anyone, and before long he’s captured, tortured, and forced to become a vampire hunter instead of a vampire creator. A vampire who has to kill his own vampires is a neat little twist! The one thing I can’t figure out is the decision to render this book in lurid, neon pop-art colors with harsh black shadows. This intriguing look — like the whole world is a garish black-velvet painting — is a strange choice for a vampire tale. But if this book’s goal is to break the mold and take a fresh stab at vampire stories, it’s certainly found a distinctive look. 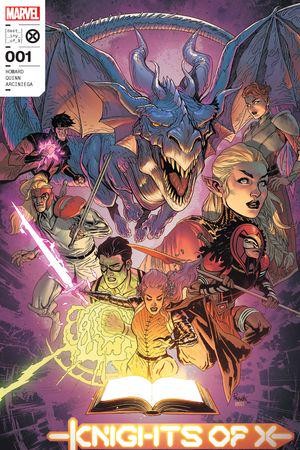 I’m totally enchanted by Cat Gamer, a manga about a gamer who regards cat companionship as a video-game-style challenge. There’s also a new Justice League that opens by murdering all of the heroes — I’m told this is a good place to jump into a new DC story. Other good starting-point texts this week include a new Amazing Spider-Man, and also Knights of X, in which our old friends the X-people adventure their way through Arthurian legend.
Comments 2
Tags: Books Picture Books

Bring the Family to Swish Around at Drag Queen Storytime

Meet Francis Fukuyama, One of the Left's Conservative Rock Stars