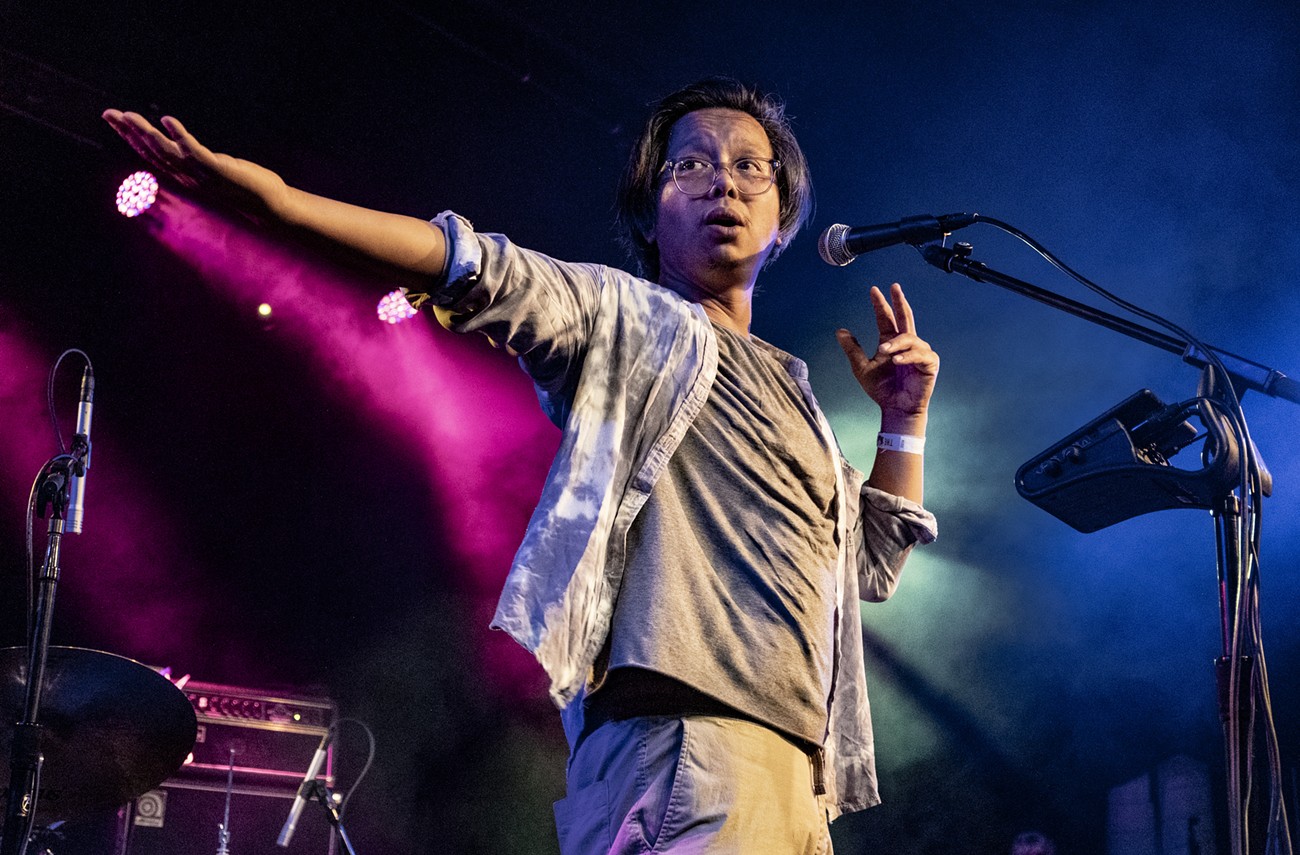 It feels like a lifetime ago when singer-songwriter Tomo Nakayama was tugging heartstrings in Seattle's orchestral indie band Asahi and in the more chamber-pop-leaning Grand Hallway. Sweeping strings, spellbinding harmonies—gorgeous. I still gasp when I first hear the opening piano bit on "Seward Park," an epitomic autumnal anthem if ever there was one.

But something happened as 2020 rolled in. Nakayama decided he needed to dance. On his latest release, Melonday, there are no pianos, no string sections. It's all drum machines, synthesizers, and the energizing desire to do something decidedly different.

On the surface, Melonday is a dazzling dance-pop record. That's no surprise, given that Yuuki Matthews of The Shins and Crystal Skulls co-wrote and co-produced the album, and then Dave Cooley, the engineer who has polished electro-inclined acts such as Animal Collective and M83, mastered it. But even with the abrupt change of direction, Nakayama has maintained his knack for emotional puppetry.

There's a hazy, cinematic quality to many of the tracks on Melonday. They're the kind of songs you can listen to through headphones while wandering around the city at night and feeling like the star in your own dramedy, perhaps at the point of the film where you must contemplate a huge, life-changing decision.

In "There Goes the Neighborhood," a song lush with galactic synthesizers that nod to Flock of Seagulls' most romantic moments ("Space Age Love Song" forever), Nakayama invites you to join him on such a contemplative stroll. He points out the ferris wheel and a skyline full of cranes and city lights. Then he sings, "I got a feeling inside of me / Something that nobody else can see / I’m not gonna fake it / Maybe I’ll see you on Saturday / But lately I look up and everything’s new / There goes the neighborhood."

Is he describing how Seattle itself is physically changing and becoming unrecognizable? Literally being torn down and built up over and over again, year after year, ad infinitum? Or is it a reference to a personal renovation, a vague newness within himself?

Both, maybe. Neither, possibly.

You can think about it long and hard if you want, or you can close your eyes, get lost in the beats, and worry about what it all means some other day.

Tomo Nakayama plays The Triple Door with Hey, King! and Debbie Miller on Thursday, Sept 8 at 7:30 pm. The show is all ages and tickets are $20.

Comments 1
Tags: Stranger Suggests Music
The Stranger depends on your continuing support to provide articles like this one. In return, we pledge our ongoing commitment to truthful, progressive journalism and serving our community. So if you’re able, please consider a small recurring contribution. Thank you—you are appreciated!
CONTRIBUTE NOW

A Salmon Journey for the Whole Family