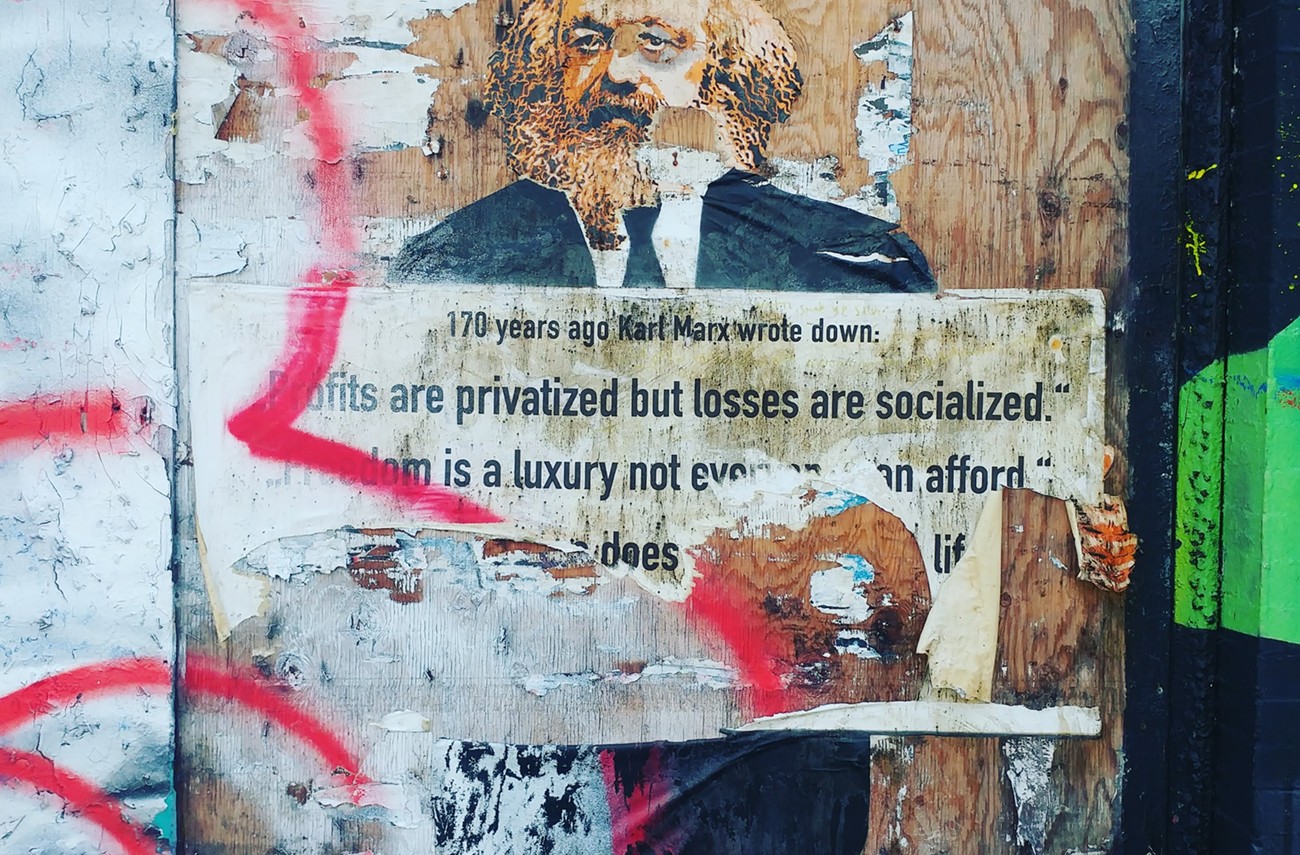 Graffiti that was once near the Pioneer Square Station. Charles Mudede

And there it is again. Our mayor's obsession with graffiti. It appears in the third paragraph of an article that concerns Sound Transit's acquisition of downtown's 1.3-mile tunnel from King County Metro. Right after Mike Lindblom reports that this transfer of ownership will enable Sound Transit "to fix the four worn-out stations for light-rail customers," our mayor steps in. He wants more security, more light, and no graffiti. Those who use the tunnel, such as myself, just want the damn escalators to work and more signs that direct the lost to exits and entrances and maybe even help desks. We also really need real-time train information. Improving these aspects of the three three-decade-old stations in the tunnel would certainly increase ridership.

But at the top of Harrell's list is something (graffiti!) that's hardly noticeable in these stations (has he actually visited them?) and, as a consequence, hardly diminishes what marketers call "customer experience." But our mayor's fixation with street art is by no means isolated. This powerful (indeed gripping) feeling is shared by many who live in, of all places, the city. Why? Let's find out.

We have an opportunity to create a more beautiful Seattle – with murals and art which uplifts instead of graffiti and tagging which harms. Our #OneSeattle graffiti plan will address the surge of tagging with action, creativity, and community collaboration. https://t.co/G4tiVoWSFY

We have an opportunity to envision a more beautiful Seattle – with murals and canvasses that reflect our values of creativity, inclusion, and forward thinking... Not only does tagging and graffiti detract from the vibrancy of our city, there are tangible impacts on communities targeted by hate speech, small business owners whose shops are defaced, and residents who rely on City signage for information and guidance.

What is important here is the mayor's determination to define what is and is not beautiful about a city. We sense here a confidence that is not unlike what we find in the pages of Immanuel Kant's Critique of Judgment. Harrell, according to this thinking, exactly knows the nature of the beautiful. And this perspective matches in many ways Kant's much-criticized "common sense," which the philosopher Jennifer Kirchmyer Dobe describes as "the universalizability of human feeling and the unanimity achievable in judgments of taste." What should please all senses, no matter what, is a street without "tagging and graffiti."

But this view of the beautiful is, when examined closely, totally new. There is nothing universal or transhistorical about it. In fact, there might be an older and deeper relationship between the urban and graffiti than between Harrell's "the beautiful" and the city. Street art just might be something that must happen when we have streets and walls around us.

Am I talking crazy? I offer you the example of this passage from P. D. Smith's 2012 book City: A Guidebook for the Urban Age:

Graffiti is certainly not a new kid on the urban block. In ancient Pompeii, houses were brightly painted in reds, yellow and blue, ideal surfaces for everything from electoral slogans and advertisements to spontaneous graffiti. One popular piece of doggerel, found on at least three walls in Pompeii, indicates the popularity of graffiti writing among city dwellers: ‘I am amazed that you haven’t fallen down, O wall / Loaded as you are with all this scrawl.’ Walking through the streets of Pompeii, you would have seen syrupy lover’s rhymes, such as this: ‘I wish I could be a ring on your finger for an hour, no more …’ While on another wall, you could spot the kind of obscene boasts familiar to all city dwellers throughout history: ‘Here I fucked loads of girls.’ And, inevitably, the natural results of such behaviour also appeared: ‘Atimetus got me pregnant’.

And it does not end there. "Roman graffiti writers were also keen to show off their literary as well as their libidinous interests..." But what did Pompeii and Rome not have that we find in our capitalist cities? A middle class whose "common sense" beauty is all about the worst virtue ever massified: respectability.

A big part of the middle class has transmuted its economic insecurity (you can fall to the bottom; you will never be that rich) into an aesthetic of the highest order: maintaining appearances, which is totally tied to the fact that most people in this segment of society only have one financial asset, a house. This defines their beautiful city and also the Eden of pre-'90s suburbs. Spotless walls that protect (home) property values; cut lawns that protect (home) property values; anything that keeps the middle class from falling to what is always too present to them: Maxim Gorky's lower depths.