It’s Insane That We’re Forced to Live Like This 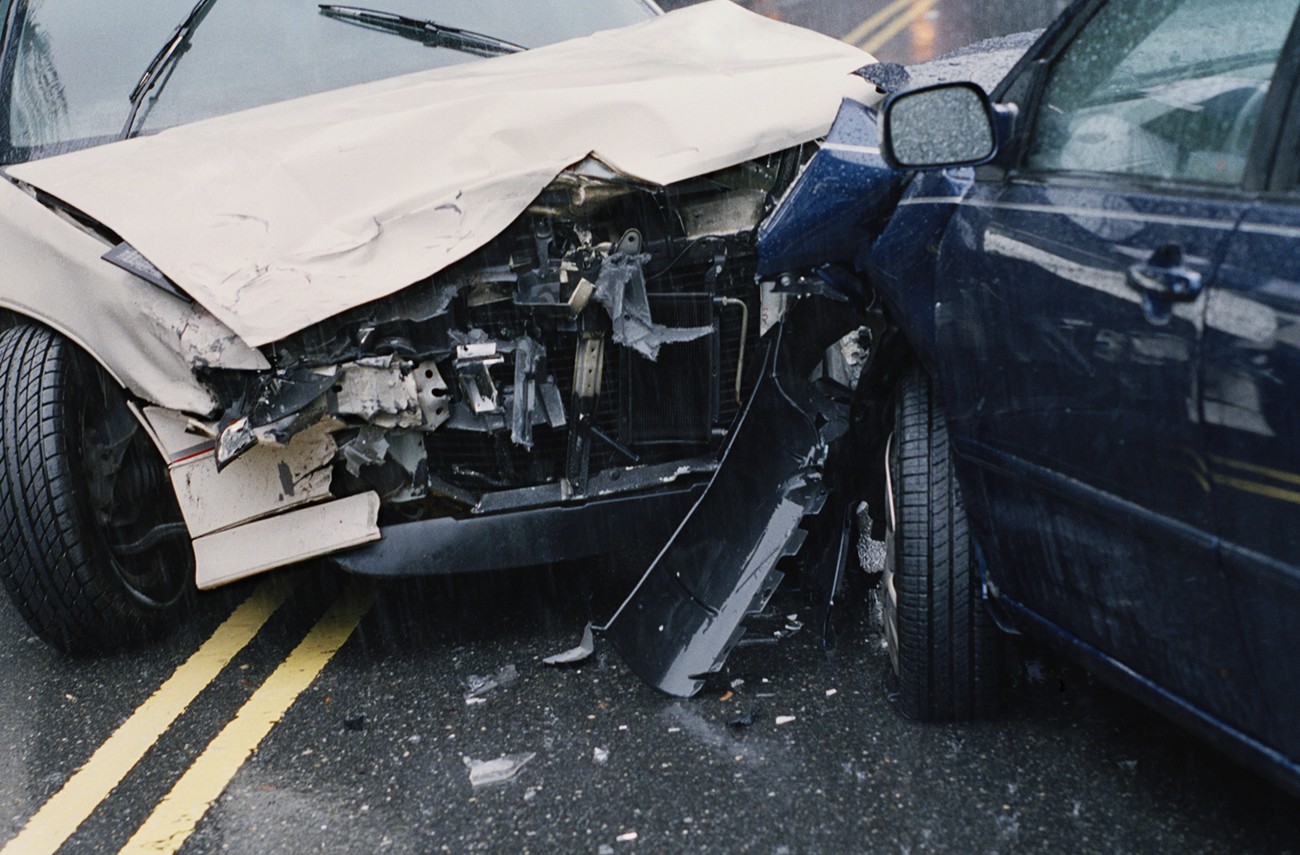 The sound of tires squealing was the first indication something was wrong.

As I was walking past the Rite-Aid near the Capitol Hill light rail station, I looked behind me I saw a minivan swerve too fast down East Olive Way. The driver veered left in the direction of a crowd of pedestrians waiting to cross, then right toward the preschool on the corner, then straight into a line of motorists waiting for the light to change.

Three loud bangs, and it was over.

Most of the vehicles sustained only minor damage, but someone was screaming inside one. The car doors were locked, airbags blocking the windows. I managed to squeeze my hand through the cracked window to unlock the door, and leaned in to ask the driver if they needed help. That was when I noticed their arm. It was the kind of injury I’d only seen in movies.

The person with the injured arm moaned as I waited on hold for a 911 dispatcher. Around us, the driver of the minivan stood to the side, sobbing. A wide-eyed woman carried a baby carrier out of one of the other smashed cars and helped a little girl out of the car toward the curb. A man leaned grimly against the crumpled hood of his car, phone to his ear. Someone went from one crumpled car to another, checking to make sure they were all turned off, keys out of the ignition.

I don’t know why the minivan driver crashed into a crowd of people, but it’s fortunate that they were inside metal cages, and that only one appeared seriously injured. The minivan driver stood outside her mangled vehicle in a frantic panic. She hadn’t meant to hit anyone. One moment she was turning a corner, the next she’d nearly killed a bunch of strangers. It was an accident. It could have happened to anyone.

It’s insane that we’re forced to live like this.

Cars, the auto industry tells us, equal freedom, but nobody caught inside those crumpled cars was feeling particularly free. Nor could the 3,700 people killed every day—every day!—in crashes involving cars, buses, motorcycles, bicycles, trucks, or pedestrians. Or the 20 to 50 million—million!—people injured in such collisions every year, many of whom will face lifelong health consequences.

Cars kill. They maim. They wreck. On the other hand, they’re also fantastically expensive and destroy the environment.

The average lifetime cost of one small car is about a $1 million, about a third subsidized by taxpayers; car-based pollution is responsible for $37 billion in health-care costs every year, and that’s just in the 10 states with zero-emission programs. A typical car generates 4.6 metric tons of carbon dioxide per year. Dust from car tires kills around half of the spawning salmon in Seattle every year. Cities and towns designed around cars effectively handcuff residents to automobiles, leaving them no alternative transportation and making them prisoners of the auto industry.

Sure, cars give you freedom. And if you’re enough of a sucker to buy that line, you’re going to love how cigarettes help you relax, and how a gun in the home will keep you safe.

We’ve learned to be suspicious of the tobacco industry and the gun industry. Now it’s time to stop gullibly believing the imagined world that the auto industry sells us, one where cars liberate us instead of trapping and killing us, and where the tradeoffs—death, pollution, destruction of neighborhoods, a broken arm limp on the console with bone in pieces as a driver moans for an ambulance—are worth it.

About an hour before the crash, I took a scooter from one end of Capitol Hill to another at exactly 15 miles per hour. I know I did because scooter shares are required to use speed-limiters for safety. A Lime scooter weighs about 40 to 45 pounds and tops out at 15 mph; an average car weighs over 4,000 pounds and when it comes to speed, the sky’s the limit. It’s bonkers that we have to be so cautious with our little scooters, while cars weighing a hundred times more can move at freeway speeds down city streets, especially when streets like Olive Way are designed to be wide-open traffic sewers.

I’ve been asking the Seattle Department of Transportation for pedestrian-friendly calming measures in that area for seven years, and their response has been that the design is good enough already. After a car crash in the same location back in April, I submitted a request for safer crossings; three months later, not only has it not been acknowledged, my inquiry is no longer even visible in the city’s service request system, which ages out submissions after 60 days. (The number is 22-00099512 if you’d like to check.)

It’s also bonkers that local leaders don’t have the courage to act, even after a report showing traffic deaths in Washington at a 20-year high and expected to increase. Traffic deaths in the state are also up 15.5% from 2020, which also marked an increase over 2019 of 6.7%.

And yet: Last night, as crews were cleaning debris from Olive Way, the Seattle Board of Parks and Recreation met to discuss bicycle access on Green Lake’s Inner Loop Path. Currently, wheeled devices are banned from the inner loop; kids on bikes are directed to use the outer loop, where speed limits (which we all know drivers obey) vary from 20 mph in slower zones to 40 mph along Aurora Avenue North, and the only protection from cars is some paint and flexible plastic poles.

Last night, commenters begged the board to allow bikes on the safer Inner Loop, but by the end of the meeting, the board upheld the ban, choosing to delay any change to allow time for “staff recommendations.”

What is the point of a community advisory board that won’t take the simple step of letting kids ride bikes on a park trail instead of alongside 40 mph traffic? Why are we saddled with leaders afraid to lead, instead offloading their decision-making onto city staff? Why on earth are cars allowed to travel in the middle of the city at 40 mph, a speed which Seattle’s own engineers say will kill 9 out of 10 pedestrians involved in a crash?

In 2019, University of Washington student Bergen Fugelstad was running around Green Lake when a driver drove into her, throwing her 40 feet and snapping two of her vertebrae. She lived, though she’ll likely never be able to move her neck again, and during her recovery, forgave the driver: “Accidents happen,” she said.

I hope today is not the day that you get in a car and kill somebody, or that a car kills you, or that you sit with someone with a mangled arm while you wait for an ambulance to arrive.

But it could be. Because someone else decided for you that this is how we live.

More In War on Cars